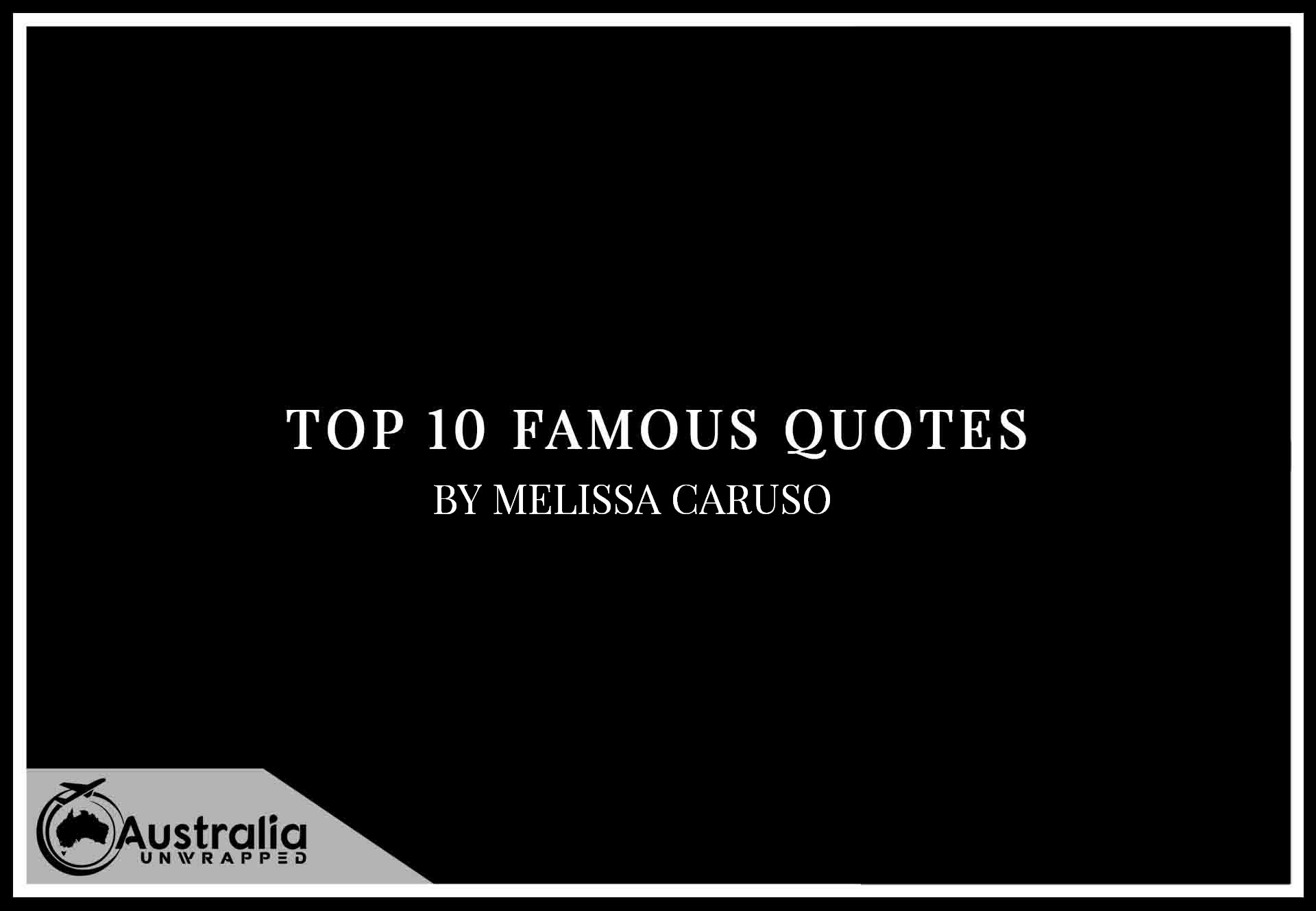 Quotes, who doesn’t love a good quote? This series of articles we look at Top 10 Famous Quotes by Author Melissa Caruso, author quotes are always a challenge and fun to pick, with Melissa Caruso you will find my Ten favorites of Melissa Caruso’s quotes.

Melissa Caruso writes books about magic, murder, and mayhem. The Tethered Mage (Orbit, 2017) was shortlisted for the Gemmell Morningstar award and begins the Swords and Fire trilogy, which also includes THE DEFIANT HEIR (Orbit, 2018) and THE UNBOUND EMPIRE (Orbit, 2019). Her second fantasy trilogy, Rooks and Ruin, consists of THE OBSIDIAN TOWER (Orbit, 2020), THE QUICKSILVER COURT (Orbit, 2021), and THE IVORY TOMB (forthcoming in 2022).

She is also an avid tea drinker, larper, and all-around geek. Despite being born on the summer solstice and going to school in an old mansion with a secret door, she has not yet developed any superpowers. She lives in Massachusetts with her video game designer husband, two superlative daughters, and various pets.

More from the Author: https://amzn.to/3mZvZkJ

“Rank is a mere footnote in matters of the heart.”
― Melissa Caruso, The Tethered Mage

“Legends told that in the Dark Days, when the Graces walked the earth and inspired humanity to rise up and fight back against the Demons who ruled over them, the Grace of Luck would sometimes appear at people’s doors in disguise—be their homes ever so humble or ever so proud—and beg for food or shelter. Those who offered hospitality were rewarded with Her blessing, and received great fortune; and as such, on the Night of Masks, every household must offer hospitality to any masked reveler who showed up at their door.
This custom had, naturally, evolved in Raverra to the throwing of lavish masquerades, made all the more exciting by the possibility that anyone could turn up at one’s party, from the doge himself to a notorious jewel thief. So long as they wore an acceptable mask, they could join the festivities. Most Raverrans flitted from ball to ball throughout the night, and the revelry poured out into the streets and canals. It was a day of mysteries and surprises, of charity and cunning, of terrible mistakes to be regretted the next morning and wondrous coincidences to transform one’s life. A night of intrigue and enchantment, of romance and adventure.”
― Melissa Caruso, The Unbound Empire

“In the close atmosphere of the mask shop, the prickling energy of his proximity was inescapable. He bent over the assortment of masks with great interest. “This is lovely,” he said, handing me a delicate confection of glass beads strung on complex swirls of golden wire, “but is it truly wise to put an artifice device on your face?”
“That depends on what it does. This one is harmless.” I held it up to show him, the cold wire pressing into my nose and cheekbones. My vision immediately went hazy and green, then began fading slowly into blue. “See, it just cycles the color of your eyes.”
Kathe blinked, then lifted his long fingers to the mask, running them delicately along one edge. “How strange. It does make you look like an entirely different person.”
“That’s the point. It’s a game.”
As the room warmed through dusky purple toward rose, Kathe’s fingertips trailed down my cheek. “You know how I love games.”
My skin shivered pleasantly in the wake of his touch. I swallowed.”
― Melissa Caruso, The Unbound Empire

“I tried to imagine green grass growing over the smoking mounds of ash, and flowers blooming all through the valley, coming out in a blaze as bright as balefire. It seemed impossible, now, but life was inexorable. It would always triumph over death in the end.”
― Melissa Caruso, The Unbound Empire

“I traded freedom for power, and I could use that power to keep the people I cared about safe. To wish for both freedom and power would be selfish; there was a reason everything came with a cost.”
― Melissa Caruso, The Defiant Heir

“If a thing has rules, and players, and is entertaining, that makes it a game. But I might take exception at your use of the word only. Games are often deadly serious.”
― Melissa Caruso, The Defiant Heir

“My throat tightened. ‘I’m not good at these games. Not like you are, Mamma.’

Then don’t play. Figure out what you are good at, and make that the game.”
― Melissa Caruso, The Tethered Mage

“nothing brightens a gloomy winter day quite like ruining a nice fresh secret,” Zaira said.”
― Melissa Caruso, The Unbound Empire

“If you put on your duty like a mask, eventually that mask is going to become your face.”
― Melissa Caruso, The Unbound Empire

“Then don’t play. Figure out what you are good at, and make that the game.”
― Melissa Caruso, The Tethered Mage

“We took turns trying on a grand peacock feather masterpiece, which Kathe posed with rather dramatically, and a gold filigree sun mask that spread rays far enough that I feared I’d spear innocent bystanders every time I turned my head. A silk-lined mask of cunningly detailed papier-mâché caught my eye, with deep, rich shades of lagoon green and ocean blue around the eyes. It swept to one side in a shape like a wave, with delicately curled spray tipped in gold. The jewel-hued paint had depth and complexity to it, like the sea itself, and as I held it in my hands I picked out shapes of clouds and ships and faces, holding each briefly in my mind like a dream before it merged back into abstract washes of swirling color. From a distance, the mask would not impress as the others might, but up close, it was gorgeous.
“Try it on,” Kathe suggested, and I held it up to my face. It fit comfortably enough, flexing to accommodate my features rather than forcing them into its own shape.
“What do you think?” I asked.
“It’s beautiful.” Kathe laid a gentle hand along my chin, tilting my face toward the light; the warmth of his touch spread through my whole body.

“But does it pass the most important test?”
“Only one way to tell,” I whispered, sliding my hand around the back of his neck and up into that down-soft hair as I pulled him toward me.
Our lips met, slow and soft and teasing, the barest brush like falling snow.
A sliver of air slipped between us, enough to take a sharp breath as lightning seemed to slide down my throat and into my belly. I’d closed my eyes, but I felt his mouth shape a smile.
“Better try another angle to be sure,” I murmured.
I tipped my head slightly and tried for another quick, light kiss. But somehow it turned warm and melting, and lingered longer than I’d intended. And then there was a rustle of feathers, and his arms went around me, and my own hands slid up beneath his cloak to feel the wiry muscles of his back through the soft leather of his tunic.
“I think this one is good,” Kathe said when we came up for air, a husky catch in his voice.”

More from the Author: https://amzn.to/3mZvZkJ