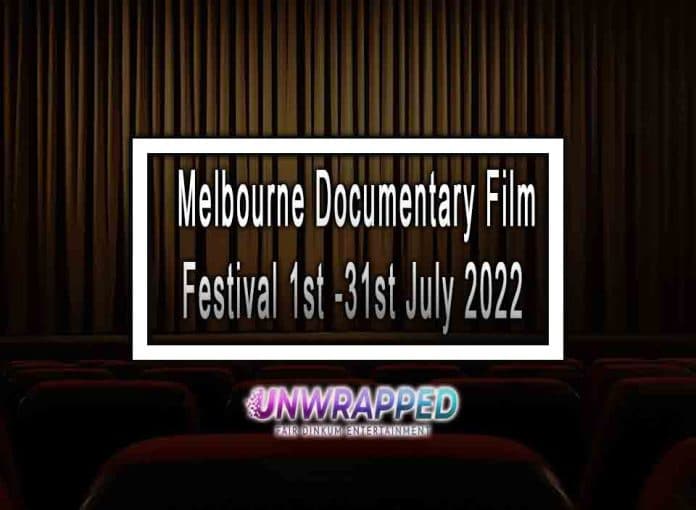 The festival showcases the very best documentaries from:

With a career that spans over four decades and across the globe, Jamaican singer

Pat Powell (Patou) is one of Australia’s most accomplished yet hidden vocal talents.

with 15 bands, including the ARIA award-winning Melbourne Ska Orchestra.

Born in the UK to Jamaican parents, Pat left the racism of the UK as soon as he

could, although ‘stupidly’ found his way to Australia with its own racism issues.

where identity comes from.

Some twenty years after The Buena Vista Social Club, traditional Cuban music lives on, but it’s facing a threat from foreign styles and a disinterested youth. We interviewed many of Cuba’s best and legendary artists and explored Cuban music, past and present. We invited several of our artists to perform in a live concert which delivered virtuoso performances and a brilliant and captivating soundtrack

Any intros or Q&As attached to sessions) 10 minute intro (awards) 20 minute q&a!markably intimate photographs of that time in 1968.

Masterclasses will be running online this year via Zoom and will be hosted by Chris Pankhurst of Documentary Life.

The Masterclasses are free to attend by registering at info@mdff.org.au.

Every Wednesday in  Warrnambool we playing an Australian documentary in conjunction with the F Project!

Our charity documentary this year is Abby’s List: a Dogumentary and will be online and nationwide across Australia from 1st – 31st July 2022. All proceeds are donated to the Lost Dogs Foundation of Melbourne.

Follow activist/fashion designer VIVIENNE WESTWOOD and artist DACOB as they embark on a journey through art and its history.

VIVIENNE WESTWOOD and DACOB drift through the hallways of the Gemaeldegalerie in Berlin, Germany, while they unlock the history and secrets behind masterpieces painted by  RAPHAEL, CARAVAGGIO, REMBRANDT, VELAZQUEZ, TITIAN and many more.

Topics at the core of “ART LOVERS UNITE!” include:

Bond, James Bonds. Can anyone ever live up to that name?

An energetic exploration of male identity via the lives, personalities, and adventures of a diverse band of men, real men across the globe all sharing the same name – James Bond.

Five-time Olympic medalist and Native Hawaiian Duke Paoa Kahanamoku shattered records and brought surfing to the world while overcoming a lifetime of personal challenges. Waterman explores his journey and legacy as a legendary swimmer, trailblazer, and the undisputed father of modern-day surfing, following the sport’s first-time inclusion in this year’s Games – a fitting tribute to his work promoting the sport around the globe. Narrated by Jason Momoa and was recently the top grossing documentary in North America

For more information on the festival please go to www.mdff.org.au

Kings of Leon Concert On 05-10-2022 At Thebarton Theatre, Torrensville SA