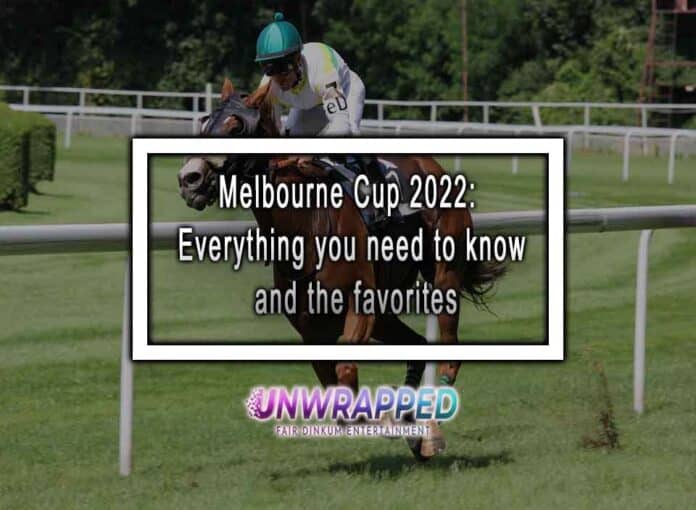 At Flemington Racecourse in Melbourne, the Melbourne Cup, the most prestigious horse race in Australia, is run over a 3200-meter course. Every year, the race brings the nation to a halt and is held on the first Tuesday in November. Having held its inaugural race in 1861, with Archer winning the race, the Melbourne Cup has a long history. When Australia adopted the metric system in 1972, the race’s length was reduced from the original two miles (3,219 kilometers) to 3,200 meters (one mile and 1,740 yards).

The race ultimately offers the chance for all horse racing lovers in the nation and around the world to select their winning horses, cheer them to victory, and profit off of their wins. The 2022 edition of the Melbourne Cup will be held on November 1, 2022, and will kick off at exactly 3pm.

Format of the event

The race, a 3200-meter class handicap for horses three years old and older, will see horses who have undergone training compete for the top prize. 50 kilograms is the minimum handicap weight for the race. Although there is no maximum weight, the highest weight allotted must be less than 57 kg.

Horses carry greater weight when they are older than when they are younger, and weights are further modified based on the horse’s prior performance. In the past, weights were set in a way that theoretically gave every horse an equal chance of winning. However, in more recent years, the regulations have been changed to a “quality handicap” system where outstanding horses are burdened with less weight.

The 2021 Melbourne Cup saw the athletic horse, Very Elegant, alongside jockey J. McDonald, win the competition in an intriguing race. The 2022 edition has seen many bookies and analysts come up with Melbourne Cup horses odds to predict the winners and favorites of the competition who will go home with the trophies and total prize money of $8 million, with $4.4 million going to first place. Let’s take a look at the favorites for the Melbourne Cup in 2022.

Following his victory in the Group 2 Great Voltigeur Stakes at York on August 17, Deauville Legend is now considered one of the favorites for the Melbourne Cup. The 3-year-old horse has an amazing racing record, making him one of the top contenders who will create problems for the other horses in the competition. So far, he has competed in 7 races, finishing in first place 3 times and second place 3 times. His worst performance yet came in his first race, where he finished 4th out of 7 horses, in 2021. Currently, his odds to win the race is placed at 8.00; which is the lowest among the rest of the horses, showing his huge potential.

German Raider, Loft, a horse bred by Marcel Weiss, was moved to Ben and JD Hayes’ Australian stables in the spring for the next racing season. He is another strong contender for the Melbourne Cup, due to his record and ability. He has won twice this year at 3200 meters, even in Europe, although only sparingly competing. The rider for the Cup is scheduled to be jockey James McDonald. Three races have been won by Loft so far in its career. With Andrasch Starke at the helm, Loft achieved its biggest victory to date on June 10, 2022, at Belmont Park when it defeated British Royalty to win the Belmont Gold Cup. His odds of winning the cup is placed at 9.00.

One of the top local prospects, Duais, had a successful fall with two Group 1 victories; the Australian Cup and the Tancred Stakes. After a break, he came back to compete in two prep events, finishing way down the pack in both the Memsie Stakes and the George Main. The racehorse Duais is thought to be in an outstanding class. Joshua Parr was riding Duais when it had its greatest success to date at Flemington on March 12, 2022, defeating Think It Over to win the Australian Cup. He is given odds of 15.00 to win the race.

After winning the Group 2 Curragh International Cup over 2816 meters in June, Camorra failed in the Group 1 Irish St Leger in early September owing to a variety of factors. However, being one of the numerous horses that will be racing with a good record and potential, he is also among the favorites for winning the Melbourne Cup. His odds are placed at 17.00.

Stay Connected
41,936FansLike
5,684FollowersFollow
867FollowersFollow
Previous article
Cricketers Who Have a YouTube Channel
Next article
5 Reasons to bet on the FIFA World Cup 2022

Why Melbourne is One of the Safest Cities in the World