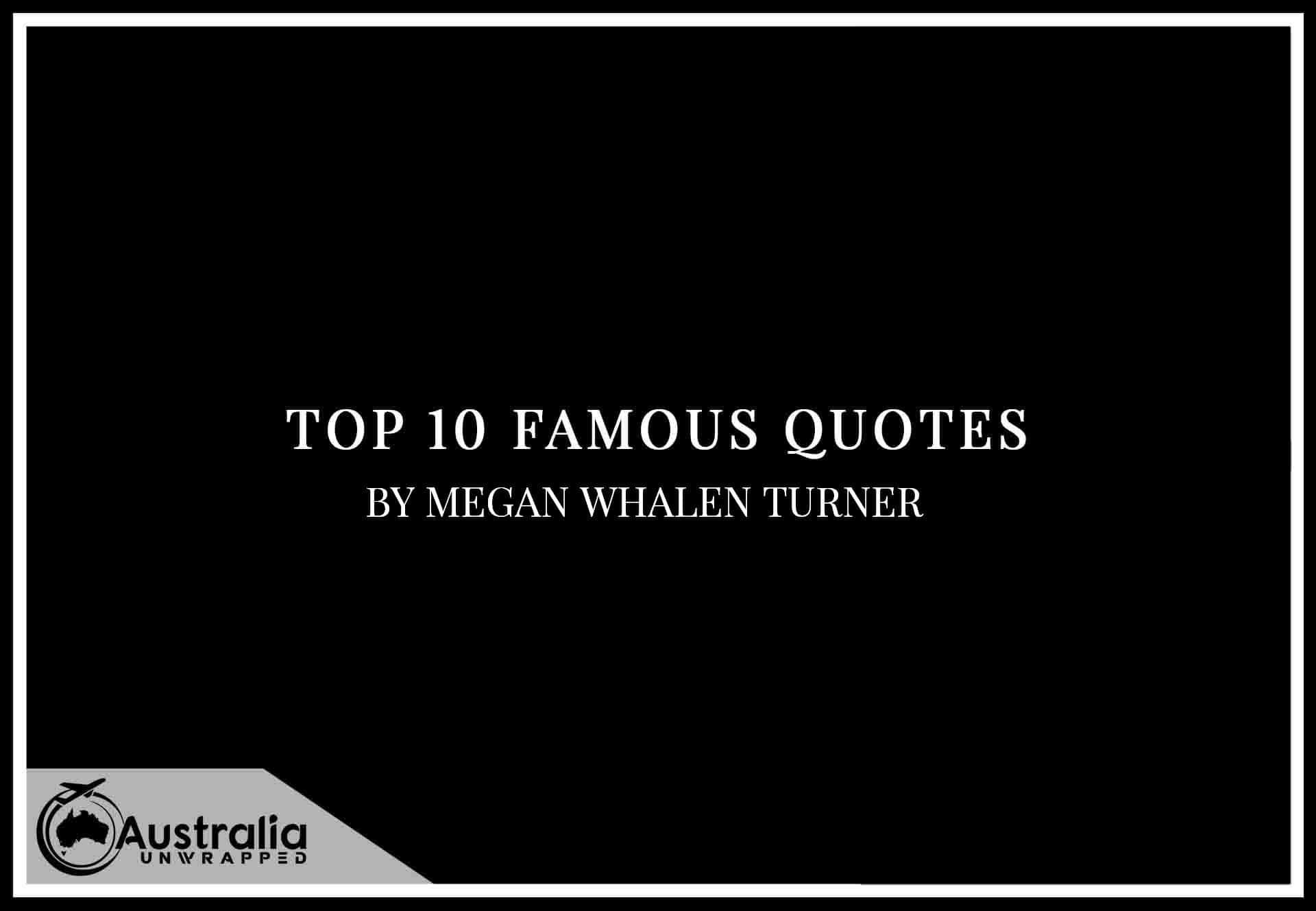 Megan Whalen Turner writes short stories and novels for children, teens, and adults. She has won the LA Times Book Award for Young Adult Literature, the Boston Globe/ Horn Book Honor, and the Newbery Honor. She won the Mythopoeic Award and was nominated twice for the Andre Norton Award.

More from the Author: https://amzn.to/39CZ6az

“I’ll be your minister–“
“Of the exchequer? You’d rob me blind.”
“I would never steal from you,” he’d said hotly.
“Oh? Where is my tourmaline necklace? Where are my missing earrings?”
“That necklace was hideous. It was the only way to keep you from wearing it.”
“My earrings?”
“What earrings?”
― Megan Whalen Turner, The Queen of Attolia

“He could tell her he loved her. He ached to shout it out loud for the gods and everyone to hear. Little good it would do. Better to trust in the moon’s promises than in the word of the Thief of Eddis. He was famous in three countries for his lies.”
― Megan Whalen Turner, The Queen of Attolia

“All I wanted to do was lie in the dry grass with my feet in a ditch forever. I could be a convenient sort of milemarker, I thought. Get to the thief and you know you’re halfway to Methana.”
― Megan Whalen Turner, The Thief

“Are you badly hurt?”
“Hideously,” said the king, without sounding injured at all. “I am disemboweled. My insides may in an instant become my outsides as I stand here before you.”
― Megan Whalen Turner, The King of Attolia

“This is the stupidest plan I have ever in my career participated in,” Xenophon said.
“I love stupid plans,” said Eugenides.”
― Megan Whalen Turner, The Queen of Attolia

“I am not sure I trust you.”
“You can trust me with your life, My King.”
“But not with my wine, obviously. Give it back.”
― Megan Whalen Turner, The King of Attolia

“If I am the pawn of the gods, it is because they know me so well, not because they make my mind up for me.”
― Megan Whalen Turner, The Queen of Attolia

“Sometimes, if you want to change a man’s mind, you have to change the mind of the man next to him first.”
― Megan Whalen Turner, The King of Attolia

“The king lifted a hand to her cheek and kissed her. It was not a kiss between strangers, not even a kiss between a bride and groom. It was a kiss between a man and his wife, and when it was over, the king closed his eyes and rested his forehead in the hollow of the queen’s shoulder, like a man seeking respite, like a man reaching home at the end of the day.”

More from the Author: https://amzn.to/39CZ6az