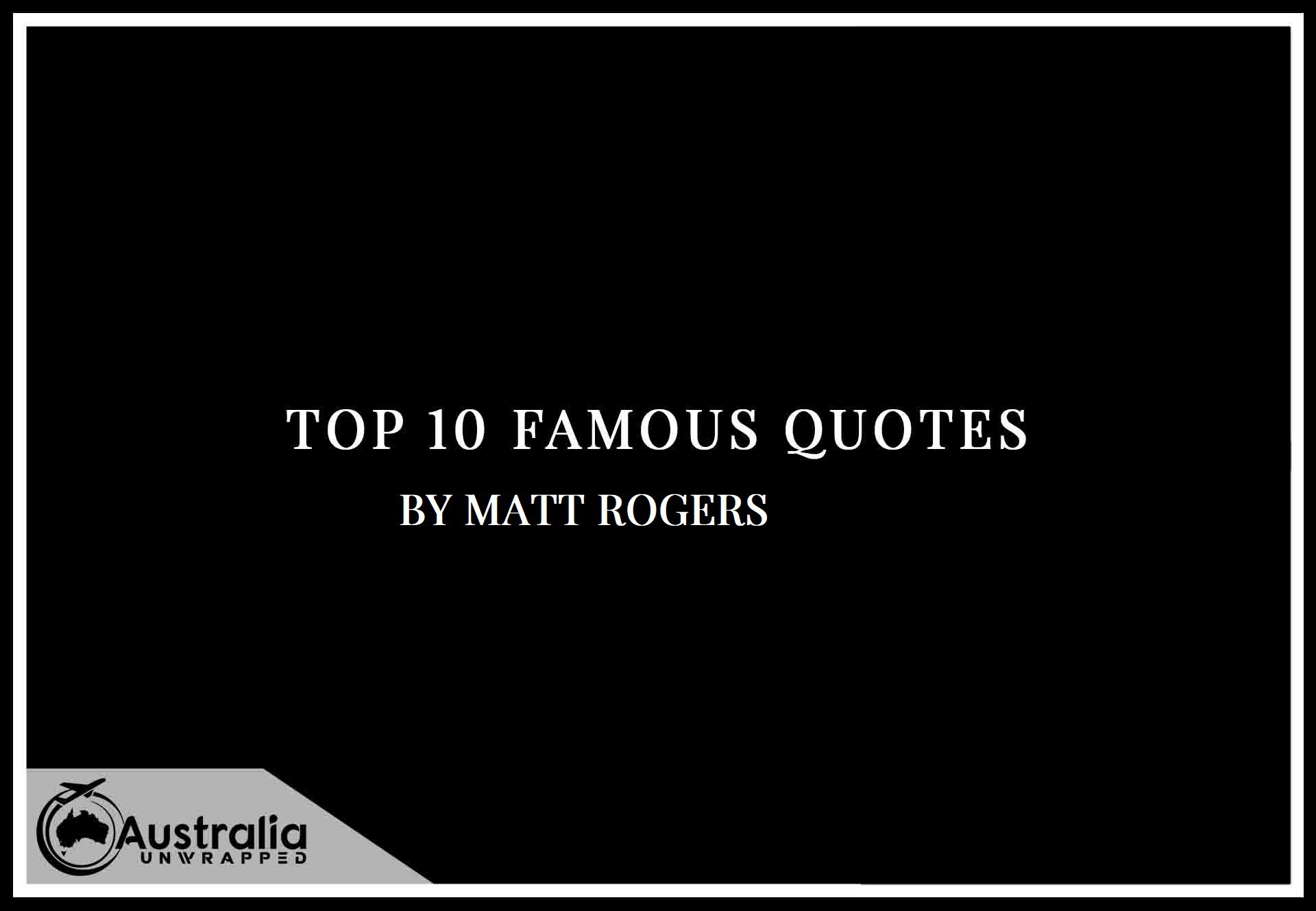 Quotes, who doesn’t love a good quote? This series of articles we look at Top 10 Famous Quotes by Author Matt Rogers, author quotes are always a challenge and fun to pick, with Matt Rogers you will find my Ten favorites of Matt Rogers’s quotes.

Australian author Matt Rogers is a bestselling thriller author based in Melbourne. He writes pulse-pounding adventures with stunning plot twists as an avid runner and adrenaline junkie. His fight scenes are grounded in realism as he understands mixed martial arts in all its aspects. His books have been read, borrowed, or sold more than 1 million times since he began his career in 2016.

More from the Author: https://amzn.to/3Nw0ERA

“safety. They caught wind over the last few days of a few undesirables floating between towns, asking all sorts of questions. We’ve been working with passport control for a couple of days. All signs were pointing to one Afshar Nawabi, and a few of his friends.’ ‘He’s dead. Two of his friends are too.’ ‘I know that. We were tracking”
― Matt Rogers, Reloaded

“What time do you close?’ Klara said finally. King looked up and noted the patrons beginning to disperse. ‘Soon. I keep the evenings free most nights.’ ‘For?’ ‘A few different hobbies.’ It wasn’t a lie.”
― Matt Rogers, Reloaded

“we’ve been conditioned our whole lives to focus on the physical, which transforms our bodies and minds. Everything else falls away.”
― Matt Rogers, Weapons

“sometimes there’s jobs where I’d rather die in the process than live to see the results of my failure. This is one of those times.”
― Matt Rogers, Weapons

“Is that what gnaws at us? The fact that we think we’re decent people doing honest work, when we’re in the business of killing.”
― Matt Rogers, Weapons

“But she’d forgotten the most fundamental law of human nature. Men often think with their privates, and that makes them stupid.”
― Matt Rogers, Weapons

“You train like we train and devote your life to a single cause, and everything else is … inconsequential.”
― Matt Rogers, Weapons

“But does it ever go the way you think it’s going to?”
― Matt Rogers, Contracts

“me fired up.’ ‘Thought you said you were trying to avoid this kind of thing in retirement.’ ‘I was. Doesn’t seem to be working out at all. I was adamant that this was the day I would put it all behind me. It’s why I was in such a hurry to leave Corsica. The old me would have razed half the island to the ground to sort out the mercenary situation.’ ‘That seems to be what you’re doing now.”

More from the Author: https://amzn.to/3Nw0ERA