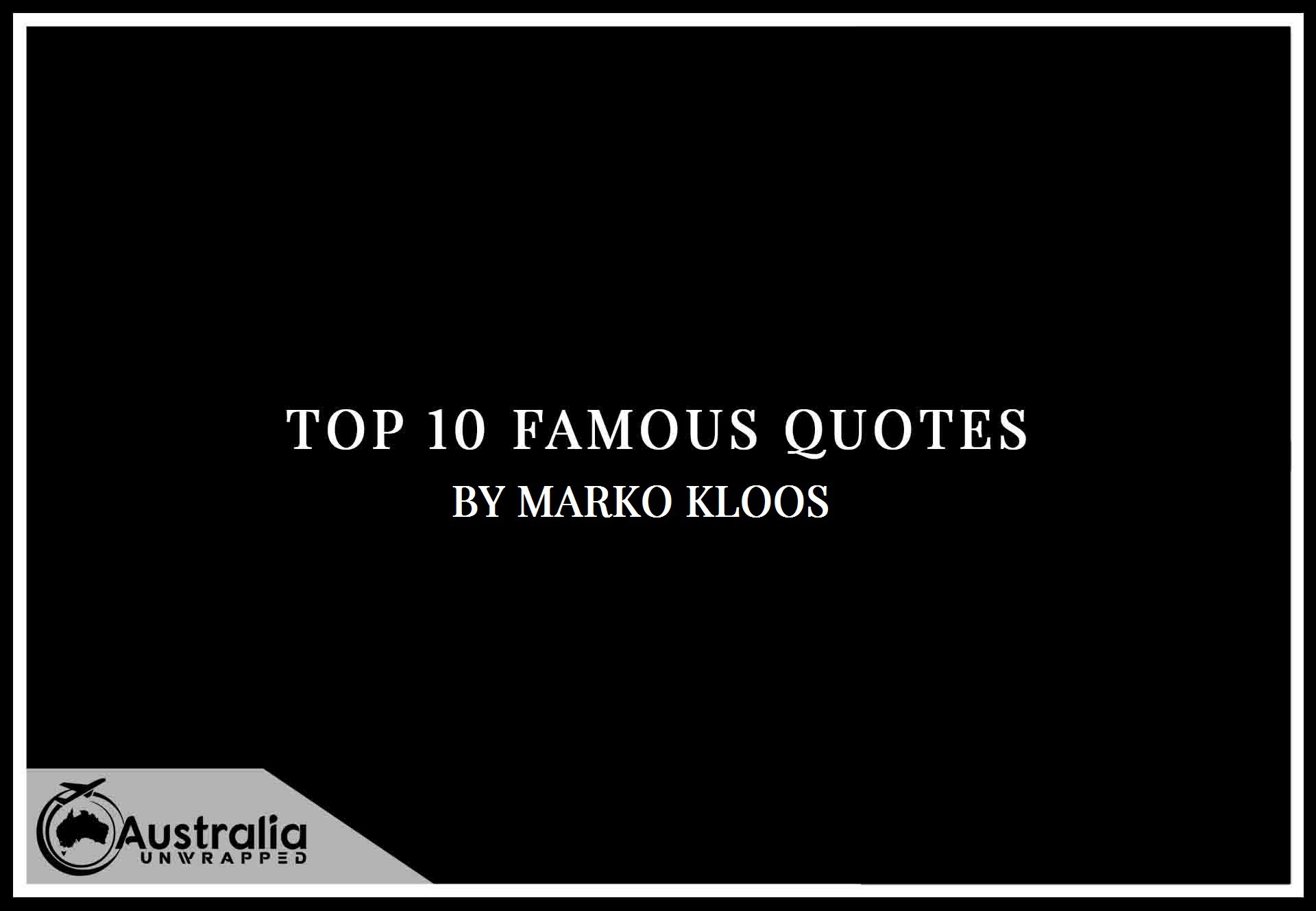 Quotes, who doesn’t love a good quote? This series of articles we look at Top 10 Famous Quotes by Author Marko Kloos, author quotes are always a challenge and fun to pick, with Marko Kloos you will find my Ten favorites of Marko Kloos’s quotes.

Marko Kloos was born and raised in Münster, Germany. Before he decided he wasn’t good at anything except making stuff up for fun and profit, he was a soldier, bookseller, freight dock worker, and corporate IT administrator.

Marko writes primarily science fiction and fantasy, his first genre love since he spent his allowance on German SF pulp serials when he was a kid. The author of the bestselling Frontlines series as well as the upcoming Palladium Wars series. The things he likes are bookstores, kind people, October in New England, fountain pens, and wristwatches.

More from the Author: https://amzn.to/3OX3Pmi

“Action beats reaction most of the time.”
― Marko Kloos, Terms of Enlistment

“When you do exactly as you’re told, and you’re neither the best nor the worst at any task, you can disappear in the crowd and have a small measure of solitude.”
― Marko Kloos, Terms of Enlistment

“There’s no perfect place, you know. You always end up trading one kind of shit for another. Me, I’ll stick with the shit I know.”
― Marko Kloos, Terms of Enlistment

“You can’t read good-night stories to your bank account, or brush its hair, or teach it how to ride a bike for the first time.”
― Marko Kloos, Angles of Attack

“Nobody gives a shit what we want. We take what we’re served, and we ask for seconds, and that’s the way it goes.”
― Marko Kloos, Angles of Attack

“Keep in mind that without the law, we’re not a military, just an armed gang that dresses alike.”
― Marko Kloos, Lines of Departure

“I fight because it’s the only way I have to control my destiny at least a little bit.”
― Marko Kloos, Lines of Departure

“That’s why I hate positions of authority. Everyone always bugs the shit out of you.”
― Marko Kloos, Lines of Departure

“Astrophysics. ‘It’s a super-long shot’ is practically the motto of our profession.”
― Marko Kloos, Lines of Departure

“The Commonwealth—humanity—is in deep shit, and we’re the people with the shovels.”
― Marko Kloos, Lines of Departure

More from the Author: https://amzn.to/3OX3Pmi