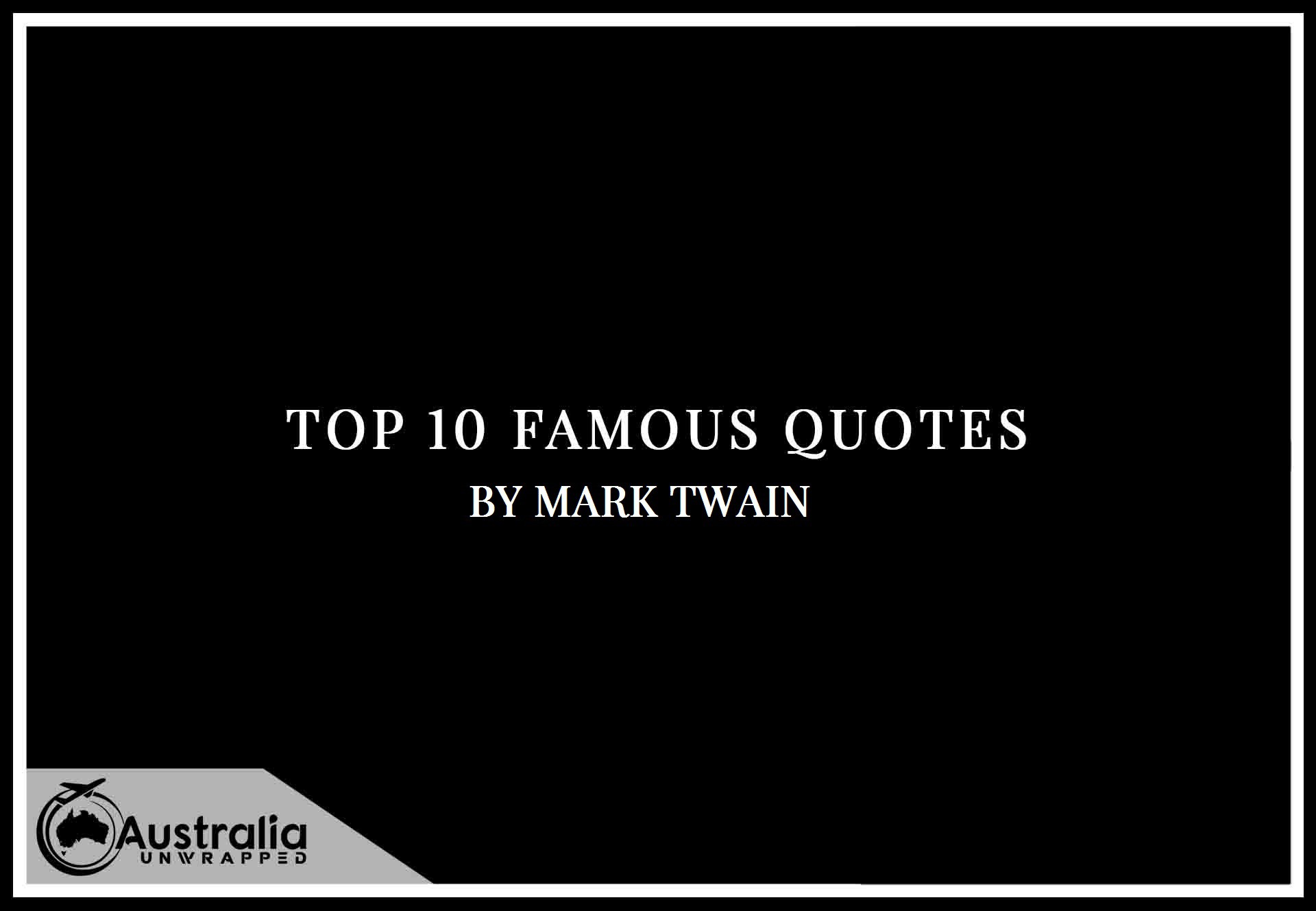 Quotes, who doesn’t love a good quote? This series of articles we look at Top 10 Famous Quotes by Author Mark Twain, author quotes are always a challenge and fun to pick, with Mark Twain you will find my Ten favorites of Mark Twain’s quotes.

Mark Twain, better known by his pen name Samuel Langhorne Clemens, was an American author and humorist. The Adventures of Huckleberry Finn (1885), called “the Great American Novel”, and The Adventures of Tom Sawyer (1876) are among his most famous works.

As a child, Twain grew up in Hannibal, Missouri, which later served as the setting for Huckleberry Finn and Tom Sawyer. He apprenticed with a printer. Additionally, he worked as a typesetter and contributed articles to Orion’s newspaper. Having worked as a printer in various cities, he became a riverboat pilot on the Mississippi River before joining Orion. After failing at gold mining, he turned to journalism. His humorous story, “The Celebrated Jumping Frog of Calaveras County,” proved very popular and brought him national attention. The travelogues he wrote were also well received. Twain had found his calling.

He achieved great success as a writer and public speaker. Critics and peers praised his wit and satire, and he was a friend to presidents, artists, industrialists, and European royalty.

More from the Author: https://amzn.to/3yw5lqq

“The fear of death follows from the fear of life. A man who lives fully is prepared to die at any time.”
― Mark Twain

“Whenever you find yourself on the side of the majority, it is time to reform (or pause and reflect).”
― Mark Twain

“A lie can travel half way around the world while the truth is putting on its shoes.”
― Mark Twain

“Never put off till tomorrow what may be done day after tomorrow just as well.”
― Mark Twain

“Good friends, good books, and a sleepy conscience: this is the ideal life.”
― Mark Twain

“The man who does not read has no advantage over the man who cannot read.”
― Mark Twain

“If you tell the truth, you don’t have to remember anything.”
― Mark Twain

“I have never let my schooling interfere with my education.”
― Mark Twain

“Never tell the truth to people who are not worthy of it.”
― Mark Twain

“Keep away from people who try to belittle your ambitions. Small people always do that, but the really great make you feel that you, too, can become great.”

More from the Author: https://amzn.to/3yw5lqq