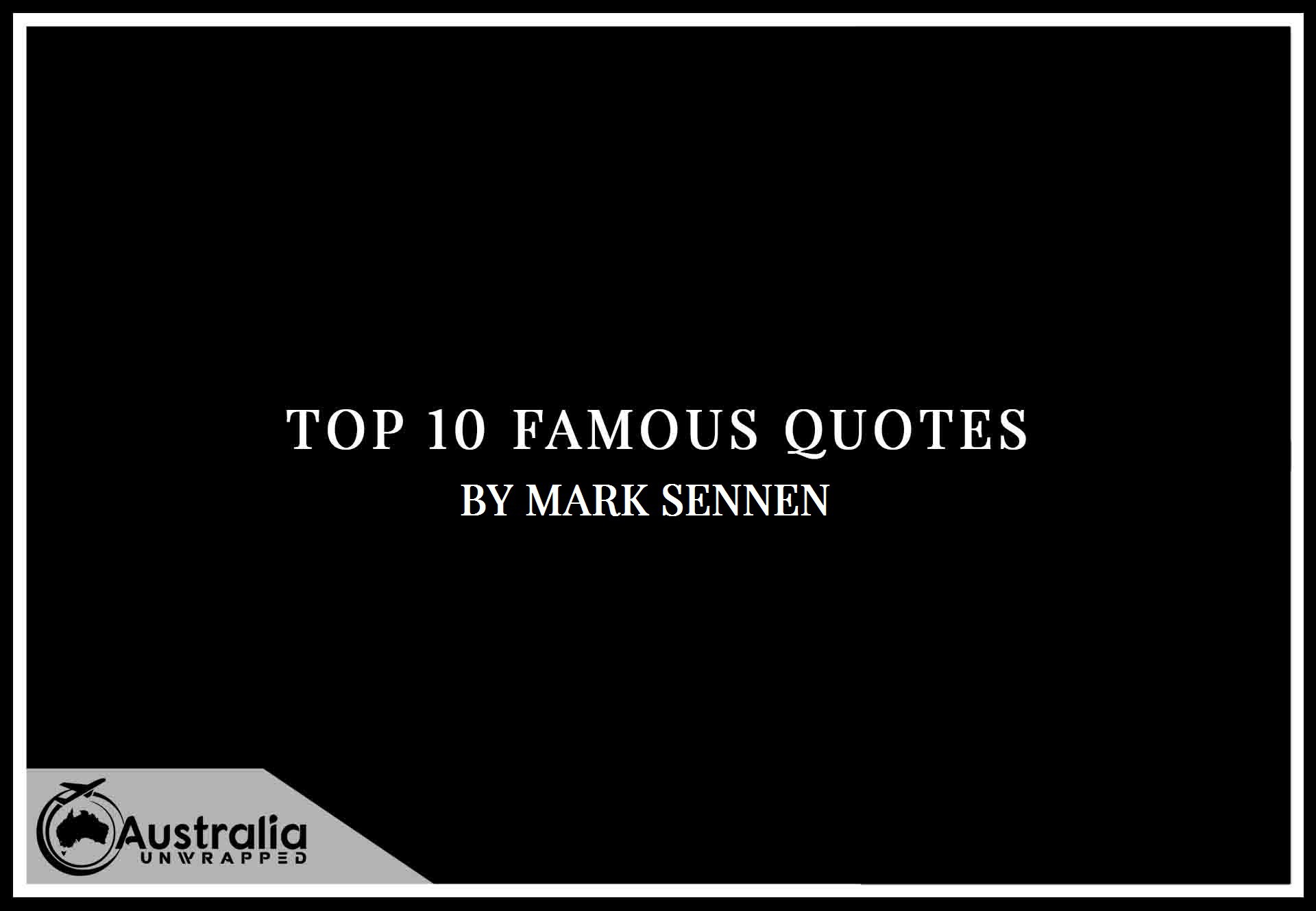 Quotes, who doesn’t love a good quote? This series of articles we look at Top 10 Famous Quotes by Author Mark Sennen, author quotes are always a challenge and fun to pick, with Mark Sennen you will find my Ten favorites of Mark Sennen’s quotes.

Mark Sennen was born in Surrey, but spent his formative years in rural Shropshire where he learned to drive tractors and worm sheep. He’s been a reluctant farmer, a decent drummer, a failed Ph.D. student, and a pretty good programmer. The first Charlotte Savage book he self-published became Amazon’s number one thriller. The series is now published by HarperCollins and has six books. His latest novel is The Sum Of All Sins, a standalone thriller. His family lives beside a Devon creek where there hasn’t been a murder for years with his wife, two children, and a rather large dog

More from the Author: https://amzn.to/3QY4sxY

“Hope, Savage thought, probably didn’t play much of a part in his professional life because invariably there was none for the people who appeared before him. Hope was an emotion for the living, those left behind, those praying for some sort of resolution.”
― Mark Sennen, Cut Dead

“The Chief was Simon Fox, known as Foxy to the rank and file. Like all leaders, he had a tendency to push down directives from on high. Any complaints would be met with a smile on his lamb-like face. Followed by a sting from his scorpion tail.”
― Mark Sennen, Cut Dead

“Jobs where people did what you told them to instead of giving you backchat and filthy looks. Jobs where the government wasn’t constantly on your back telling you how useless your profession was. Jobs where the coffee machine worked.”
― Mark Sennen, Cut Dead

“He’ll have a big house in a posh village. You see, Charlotte, how from up here, given the right clues, we can determine everything. A bit like God really. Or, continuing my metaphor, the audience. Pure theatre.”
― Mark Sennen, Cut Dead

“The sort of pain that is nothing? Empty pain, agony at night when you put out the light and then worse when the sun streams in the windows the next morning.”
― Mark Sennen, Touch

“She got out of the car, grabbed the carriers of shopping and strolled down the pavement to her gate. Up the path and the key was in the lock, door opening,”
― Mark Sennen, Cut Dead

“European Union and politicians and how they knew bugger all about anything apart from lining their own pockets.”
― Mark Sennen, Touch

“What had this woman and the other victims done which could merit such violence being done to them?”
― Mark Sennen, Cut Dead

“The judge says a dozen years and they are out in six. The rest of us get life with no parole.”
― Mark Sennen, Touch

“neighbour said she heard barking but was too scared of Forester to do much.’ ‘Couldn’t have happened to a nicer breed of dog,’ Savage said. ‘My gran kept Staffies,’ Calter said. ‘Me and my brother played with them when we were kids.’ ‘Well, if they get anywhere near my kids I kick first and ask questions later.’ Calter”

More from the Author: https://amzn.to/3QY4sxY