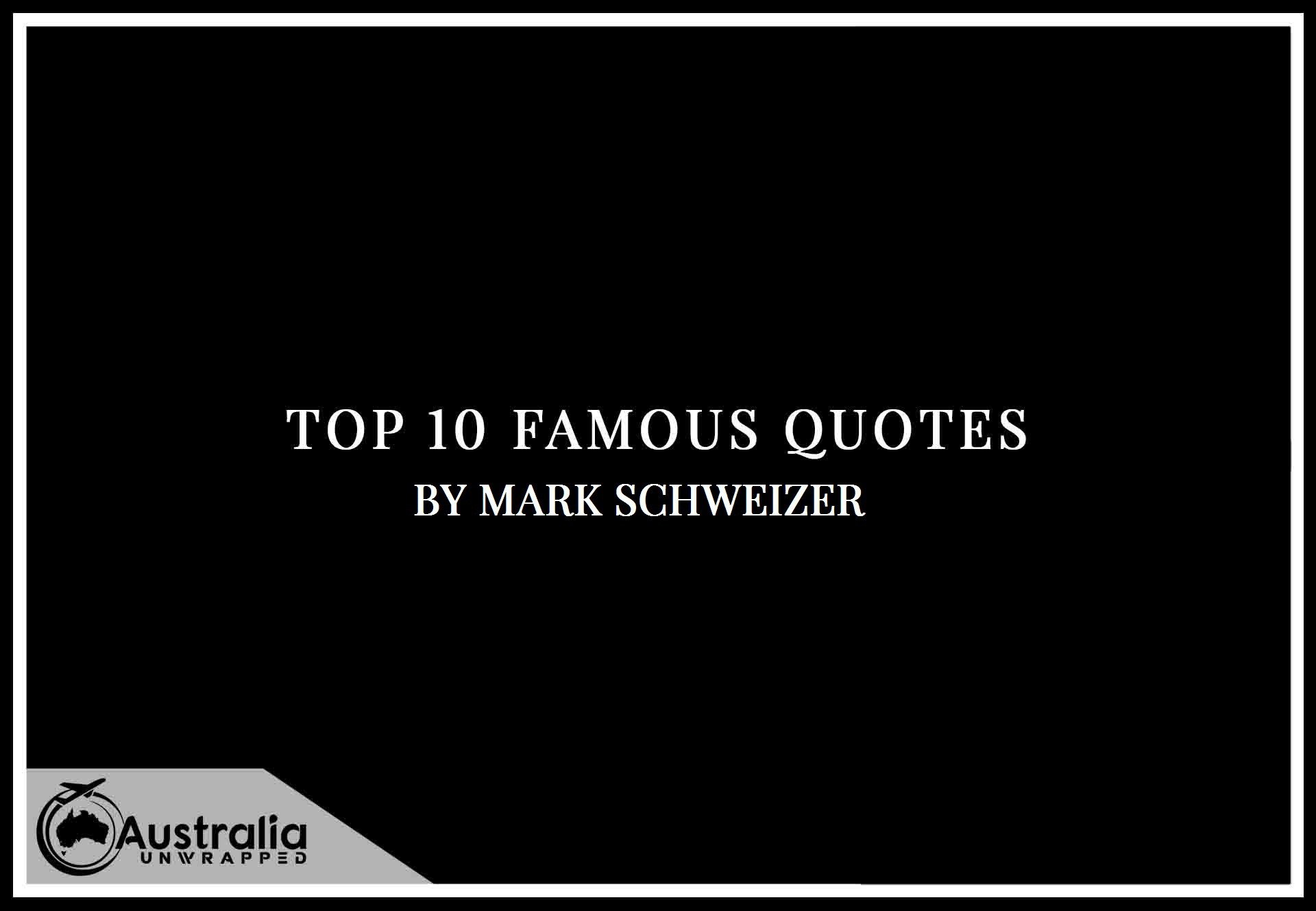 Quotes, who doesn’t love a good quote? This series of articles we look at Top 10 Famous Quotes by Author Mark Schweizer, author quotes are always a challenge and fun to pick, with Mark Schweizer you will find my Ten favorites of Mark Schweizer’s quotes.

Mark Schweizer, a new high school graduate, decided to leave the family architectural business and become an opera singer in 1974. It was against all prevailing wisdom that he enrolled in Stetson University’s Music School, despite jokes from his peers such as “What does a music major say after his first interview?” (answer: You want fries with that?). To his father, the rationale was obvious. No math requirement.

Nevertheless, everything happens for a reason, and he now lives and works in Tryon, North Carolina with his lovely wife, Donis, as a musician, composer, author, and publisher. He will have to return to work at Mr. Steak if anyone finds out what he’s doing. Among his degrees is a Doctor of Musical Arts from the University of Arizona.

More from the Author: https://amzn.to/3nwdpB8

“For the Mouse is a creature of great personal valour. For this is a true case — Cat takes female mouse, male mouse will not depart, but stands threat’ning and daring. If you will let her go, I will engage you, as prodigious a creature as you are. For the Mouse is of an hospitable disposition.”
― Mark Schweizer, The Choir Director Wore Out: The Final Chapter

“He works in profanity the way another artist might work in watercolors, each word carrying various hues and subtleties not available to the casual curser. His work in the field of gerunds alone would make him a legend in any seaport on the east coast.”
― Mark Schweizer, The Alto Wore Tweed

“Benny only worked on major feast days since some of the parishioners complained about the smoke, but, as far as I was concerned, the more smoke the better. If the altar disappeared altogether while he was censing it, I was happy.”
― Mark Schweizer, The Bass Wore Scales

“her hair–white in the moonlight–swirled about her head like a shimmering sea of mashed potatoes highlighted by streams of melted butter;”
― Mark Schweizer, The Tenor Wore Tapshoes

“As far as I could tell since I hadn’t seen a copy of the Missal, was that contained had three versions of the Eucharistic prayers:”
― Mark Schweizer, The Cantor Wore Crinolines

“she said in a voice so low it could have been wearing spike heels and still skittered under Dick Cheney’s credibility.”
― Mark Schweizer, The Mezzo Wore Mink

“His work in the field of gerunds alone would make him a legend in any seaport on the east coast.”
― Mark Schweizer, The Alto Wore Tweed

“I don’t have much use for bishops. There’s a reason they’re called primates.”
― Mark Schweizer, The Cantor Wore Crinolines

“I don’t have his number,” said Marilyn as offhandedly as Captain Hook”
― Mark Schweizer, The Tenor Wore Tapshoes

“It was a voice that was familiar, but not too. I looked up and measured her like an undertaker at a nursing home. Her hair was short, her legs were long and the rest of her fell somewhere in between. It was the “in-between” I was interested in. “I’m Starrbuck. Starrbuck Espresso. But you can call me Starr. I brought you some coffee.”

More from the Author: https://amzn.to/3nwdpB8