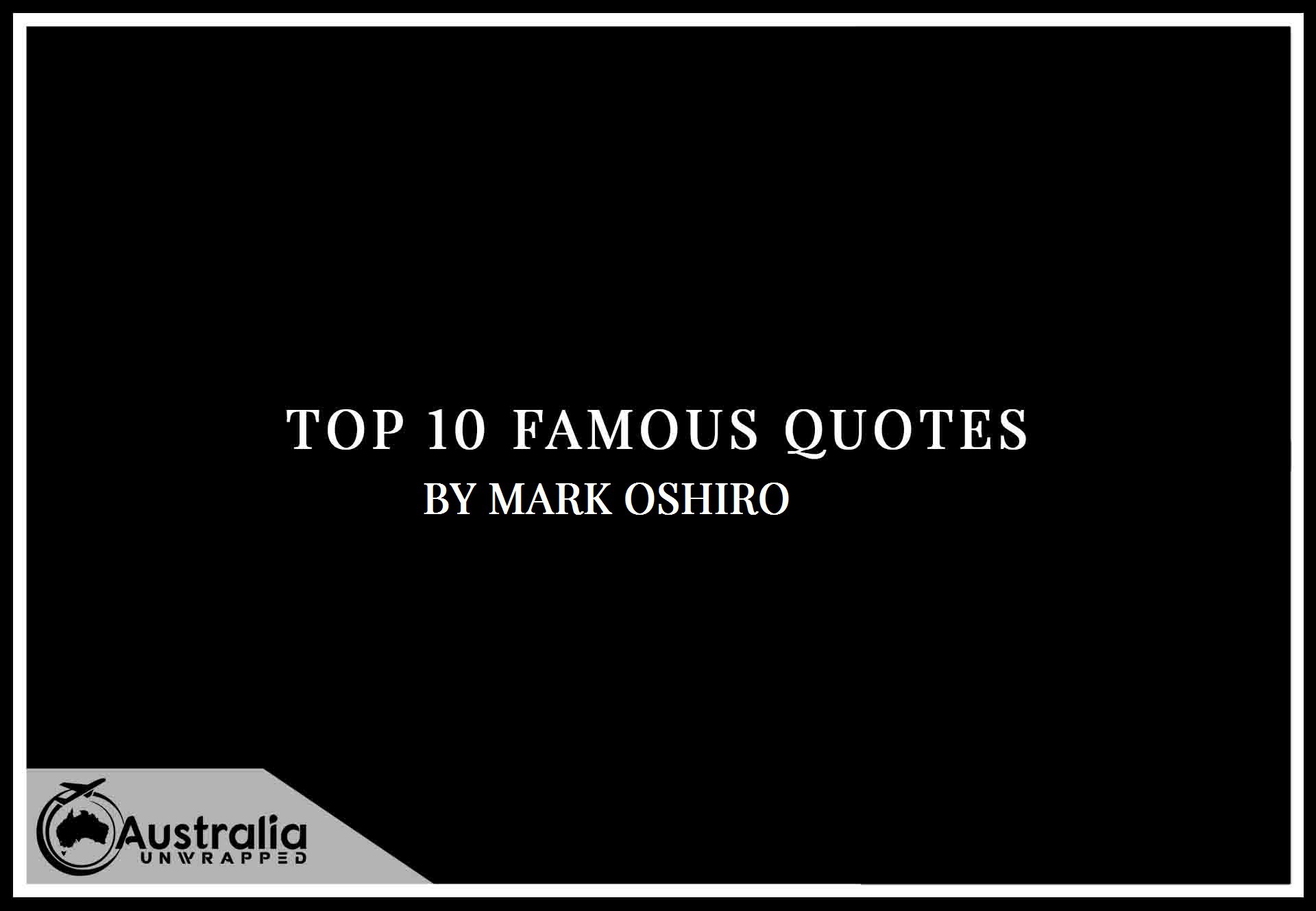 Quotes, who doesn’t love a good quote? This series of articles we look at Top 10 Famous Quotes by Author Mark Oshiro, author quotes are always a challenge and fun to pick, with Mark Oshiro you will find my Ten favorites of Mark Oshiro’s quotes.

MARK OSHIRO is the queer Latinx, Hugo-nominated author of the online Mark Does Stuff universe (Mark Reads and Mark Watches), where he analyzes books and TV shows. He was the nonfiction editor of Queers Destroy Science Fiction! Co-editor of Speculative Fiction 2015, and President of the Con or Bust Board of Directors. Aside from writing and recording reviews, Oshiro is also involved in social activism both online and in the real world. A Gift of Anger is his debut novel for young adults.

More from the Author: https://amzn.to/3OQTvMQ

“What should the Oakland Police Department do next?’
Next? Moss thought. […]Stop killing us.’
Then Moss walked away from it all.”
― Mark Oshiro, Anger Is a Gift

“It’s an insidious thing,” Wanda said. “It never happens overnight. This kind of thing crept into our community a long time ago. It latched on. It fed on prejudice. Selfishness. Peoples inability to see life through someone else’s eyes. And it grew, bigger and bigger, until we got to a point where some people don’t even question why a cop should be allowed to shoot first and ask questions later.”
― Mark Oshiro, Anger Is a Gift

“Oh, Moss,” she said. “How little faith you have in others.”
“Do you blame me? I don’t have much faith to go on these days, what with the world ending around us.”
“You know, sometimes it does feel like we’re in one of those trendy dystopian novels,” she admitted. “Except a lot less white.”
― Mark Oshiro, Anger Is a Gift

“It’s like they can’t avoid it,” said Kaisha. “We were literally there to protest against them using deadly force, so they responded with … deadly force. Incredible.” “You had one job,” Reg joked, but it seemed the whole group was out of laughter.”
― Mark Oshiro, Anger Is a Gift

“Moss glanced down at Reg. His friend shook his head. “Not now,” Reg whispered, and his voice sounded so lost, so young, that Moss deflated, the rage rushing out of him, the river of anger gone.

Reg smiled at Moss, and then he passed out.”
― Mark Oshiro, Anger Is a Gift

“Moss raised up his water. “To … new possibilities,” he said. “To good food and even better company,” said Javier. “And to dismantling a system of violence in my school,” said Moss”
― Mark Oshiro, Anger Is a Gift

“Anger is a gift. Remember that.” She stood. “You gotta grasp onto it, hold it tight and use it as ammunition. You use that anger to get things done instead of just stewing in it.”
― Mark Oshiro, Anger Is a Gift

“But we just wanted to go to school.” Her voice broke again. “I’m sixteen. I shouldn’t have to beg for that. But we just want to get to class without fearing for our lives.”
― Mark Oshiro, Anger Is a Gift

“It’s like people want me to be this version of a person that isn’t me. Like, always ready to fight and march and rally, and I don’t even get to be myself.”
― Mark Oshiro, Anger Is a Gift

“I’m sorry I never understood … until now,” she said, and that got Moss to turn his head slightly, and he looked straight at her, saw the rawness and terror in her eyes, and he inclined his head. It was his way of saying: Now you know.

He watched her gasp for breath, watched her lean her head back, desperate for air, watched her cry openly. This was what it took. This was the line she had to cross. He didn’t know if it was enough.”

― Mark Oshiro, Anger Is a Gift

More from the Author: https://amzn.to/3OQTvMQ