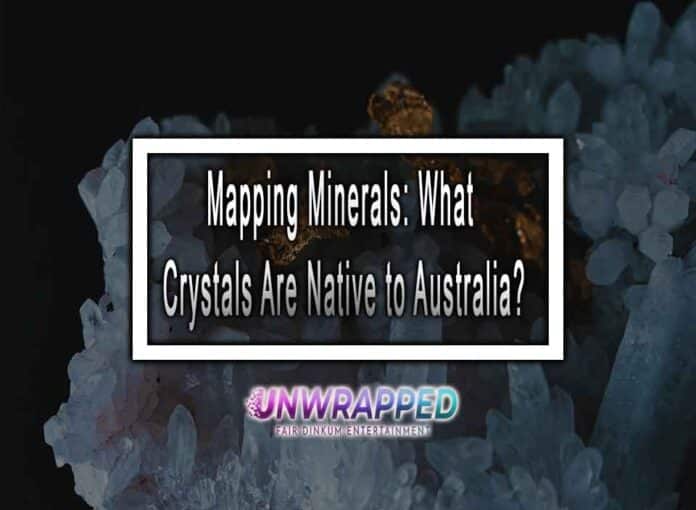 Needless to say – just like the various species of native and indigenous flora and fauna that can be found in various places around the globe – different parts of the world also have different types of crystals, gemstones, and other precious stones that are native to that specific region or area.

In the United States of America, for instance, precious stones such as agate, emerald, and jade are native to that particular part of the world. Throughout different parts of Europe, Central Asia, and the United Kingdom, on the other hand, differing crystals and gemstones are considered indigenous to those locations. Precious stones such as quartz can be found in Spain, for example, while fluorite can be located in England, native jade in Germany, as well as garnet in certain areas of Russia.

But what crystals are native to Australia? And more importantly, where can these precious stones be sourced and purchased to display in and decorate around one’s home, or even, to wear and enjoy as pieces of jewellery on various parts of the body? To answer the second question first, the great news is that if you are an avid online shopper, you can order and purchase crystal bead bracelets wholesale, via the internet. To address the first question, just keep on reading.

Native Crystals and Gemstones that are Indigenous to Australia

Undoubtedly, the Australian continent has an abundant range of distinctive species of flora and fauna that can only be found down under! Think kangaroos, wallabies, koalas, and emus, for instance – or even the Quokka, an extremely rare marsupial that can only be discovered in certain parts of Western Australia – in particular, the secluded Rottnest Island.  Of course, the native wattle and bottle brush plant are also limited to Australian shores, as well as the iconic eucalyptus gum tree – well known for its pungent, distinctive scent, as well as being home to the koala!

But which crystals and gemstones are known for being native to Australia? Read on to find out now.

Opals are extremely rare, and can only be found in one specific location in Australia. Known as Cooper Pedy, this famous and iconic mining town located in the northern part of South Australia is renowned around the globe for the harvesting of its indigenous, native, and naturally occurring opals. Importantly, the opals are mined underground by local miners situated in Cooper Pedy. Dazzling blue and green in hue, opals are an iconic Australian gemstone that locals are proud to call their own.

While Sapphires can be found in Kashmir, India, they are also native to Australia. Native Australian sapphires are formed in volcanic eruptions and are a natural by-product of the mineral-rich lava that is naturally occurring in locations close to volcanos. Specifically, Australian sapphires can be found in New South Wales and Central Queensland – and, like opals – are also mined underground to be harvested and sold.

Diamonds are also gemstones that are native to Australia. Australia is one of the world’s biggest suppliers of diamonds globally. Australia has mined Diamonds since the early 19th Century, and, needless to say, continues to hold onto the industry monopoly of the international Diamond trade to this day. Mining Diamonds in Australia is no easy feat, however – and often requires underground explosions to access and harvest the precious stones.

Native pearls can be found in various parts of Australia. Specifically, saltwater pearls – also known as ‘sea cured pearls’, can be found in the northernmost parts of Western Australia. The saltwater, sea-cured pearls indigenous to this region of the Australian continent are referred to specifically as The Australian South Sea Pearl. Cultivated from oysters, saltwater pearls are rare and difficult to retrieve – hence the hefty pricetag they elicit!

Freshwater pearls, on the other hand, are not indigenous to Australia, as they are not native to the area, or naturally occurring here. Freshwater pearls are cultivated and farmed in freshwater lakes, and for this reason, they are considered less precious and less expensive than their saltwater or sea-cured counterparts. Importantly, all freshwater pearls that can be found and purchased in Australia have been imported from elsewhere.