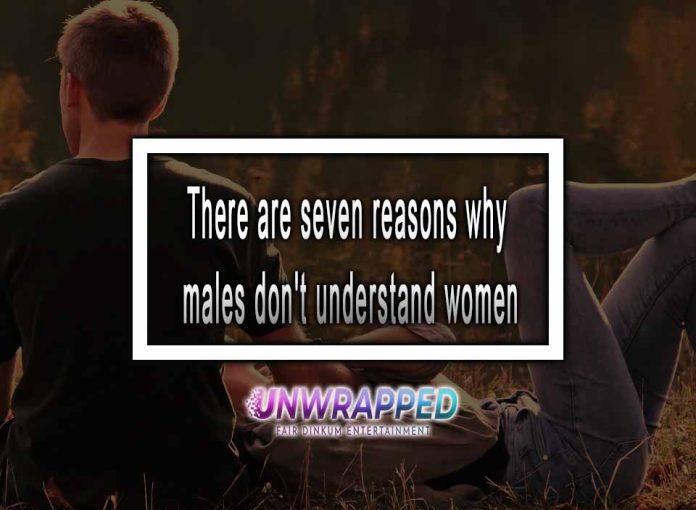 There Are Seven Reasons Why Males Don’t Understand Women

There is no question that the way males conduct themselves is much different from the way women conduct themselves. For certain of their attitudes, it might be difficult for us to comprehend them at times. They experience the same thing as we do since they do not comprehend our actions. Although it seems that we communicate with one another, establish agreements, and understand what they desire, their actions might reveal otherwise.

Their way of looking at life is quite different from our way of thinking. During a conversation with several friends, they shared with me some of the things about us that they find the most bizarre. Now, without further ado, let me explain what they don’t comprehend about us.

Why do we take so long to get ready?

When it comes to our appearance, we are meticulous about everything from our clothing to our cosmetics. Anything having to do with fashion is taken quite seriously by us. The worst-case scenario occurs when we claim that we have nothing to wear despite our closet being stuffed full. They don’t comprehend how we can put up with anything for the sake of appearances. The sacrifice of putting on a tight girdle or wearing shoes that may cause blisters after a time isn’t something we dislike doing for ourselves.

They are also perplexed as to why ladies are constantly followed to and from the restroom. There are a variety of reasons why we are able to do this. Either to solicit a favour, discuss a personal matter in secret, or spread rumours.

That we are dissatisfied

We used to be critical of other women practically all of the time and for any reason. They find it tedious because they can not comprehend why much attention is devoted to such little matters. The saddest part is that just a small percentage of women are satisfied with their physical appearance. All of the others believe they are ugly and are enraged that others have obtained what they want.

The inconsistency between what we say and what we reflect

We’ve all used the “I have nothing” defence when we were really just furious, envious, or whatever else we were feeling. They are completely perplexed as to why we do what we do. Wouldn’t it be simpler for us to just state what is going on and put an end to all of the drama? Alternatively, when we are having a disagreement with our son, we resort to saying: “Do whatever you want.” “I want you to do what I say, but I don’t want to compel you to do it,” says the author in a subtly veiled manner. The worst case scenario is when we seek another person’s viewpoint but do not take it into consideration. So what’s the point? Even when we desire something but don’t express it explicitly, it’s important to remember that fortune tellers are not fortune tellers.

They think and respond for the other

Many ladies like presuming and assuming the best of others. If things do not get done when they claim they will or in the manner they want, they dream up infinite scenarios.

They never shut up

It seems that the number of us is inexhaustible, and even after a day filled with several duties, we still have the energy to chat a little longer.

In the opinion of my pals, the specifics should only be discussed at the conquering stage. It is different for us, since we believe that performing them during the course of a relationship only serves to enhance it.

Why is it hard for some men to understand women?

Men don’t understand women because their moods keep changing according to the hormonal changes in their body.

Stay Connected
47,273FansLike
5,664FollowersFollow
840FollowersFollow
Previous articleAn Australian Kiss What Is It? What Does It Mean?
Next articleSelf-Improvement Tips For A Better Dating Life

7 Definitive Ways To Tell If A Guy Likes You