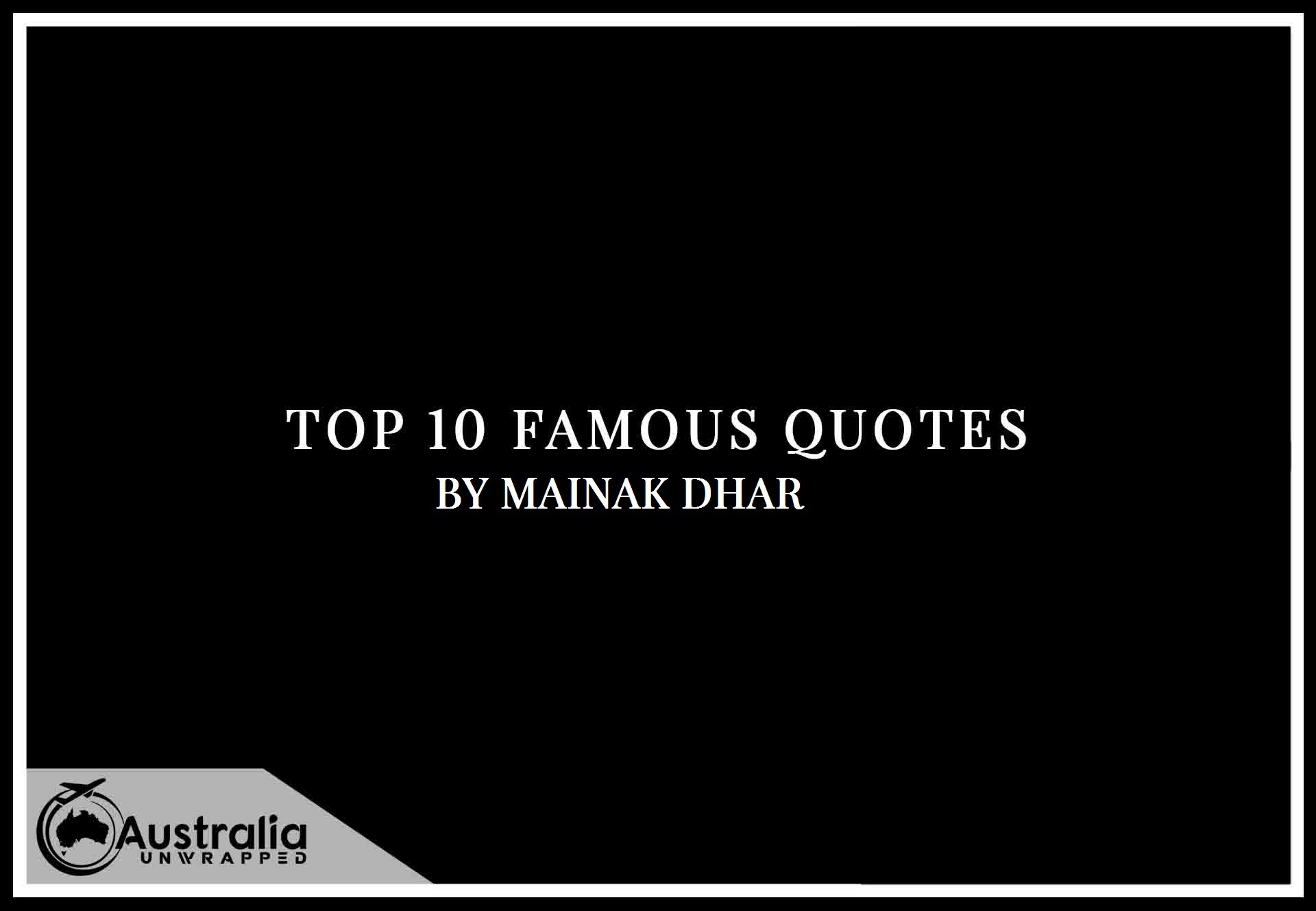 Quotes, who doesn’t love a good quote? This series of articles we look at Top 10 Famous Quotes by Author Mainak Dhar, author quotes are always a challenge and fun to pick, with Mainak Dhar you will find my Ten favorites of Mainak Dhar’s quotes.

Following his schooling at Modern School, Barakhamba Road, and his undergraduation at Hindu College, Delhi, Mainak Dhar graduated from Indian Institute of Management, Ahmedabad. He has spent the past two decades in the corporate sector, starting with Procter & Gamble in India. During his eighteen years with P&G, fifteen were spent outside India in Asia Pacific. He returned to India in 2014 as CEO of a major consumer products multinational’s India operations.
The author of over a dozen books, including some that have been bestsellers in India and abroad, Mainak is a cubicle dweller by day and a writer by night. Translations of these books have been made into Turkish, Vietnamese, Japanese, French, German, and Portuguese. Currently, he lives with Puja and his son, Aaditya, in Mumbai. He is usually found working on, or thinking about his next book when he is not at work or with his family.

More from the Author: https://amzn.to/3IaIDqO

“All those anniversaries and birthdays missed for a spreadsheet, because when the job’s gone, that’s all it really was, wasn’t it? And all those titles we chased for years, all worth nothing more than the bloody cards they were printed on. Sometimes I wonder what really matters and whether we’ve lost touch with it in chasing our careers.’ With”
― Mainak Dhar, 03:02

“I fight for the freedom that we all have as human beings. The freedom to live the way we want,the freedom to choose our leaders,the freedom my father and hundreds of others have died to protect.”
― Mainak Dhar, Alice in Deadland

“we are not defined by the jobs we do. We are defined by how we react when those who matter to us are in danger. The only label that counts in the world is whether you are a coward or not.’ The”
― Mainak Dhar, 03:02

“You take anything you fear and cannot understand and make it an object of hate. So much easier to hate and destroy than to seek to understand.”
― Mainak Dhar, Alice in Deadland

“Man had proven to be the most jealous of lovers, preferring to destroy the Earth rather than give her up.”
― Mainak Dhar, Alice in Deadland

“yet it was vain and stupid to create our own vision of these gods and fight over whose vision was right.”
― Mainak Dhar, Alice In Deadland Trilogy

“Sometimes when we hate something too much, we are fated to become the very thing we hate.’ They”
― Mainak Dhar, Alice In Deadland Trilogy

“Freedom was most threatened when those who had it began to take it for granted.”
― Mainak Dhar, Phantoms of the North

“Now, sitting among the Biters and getting a glimpse of what battle against humans looked like from their perspective, she began to see things a bit differently. Sure, up close they were formidable with their strength, seeming immunity to pain, and their single-minded dedication to biting human flesh. But in the open like this, against trained soldiers, they were cannon fodder. They could not use weapons, moved slower than humans, and did not seem to have enough intelligence for anything more than the most rudimentary tactics.”

More from the Author: https://amzn.to/3IaIDqO