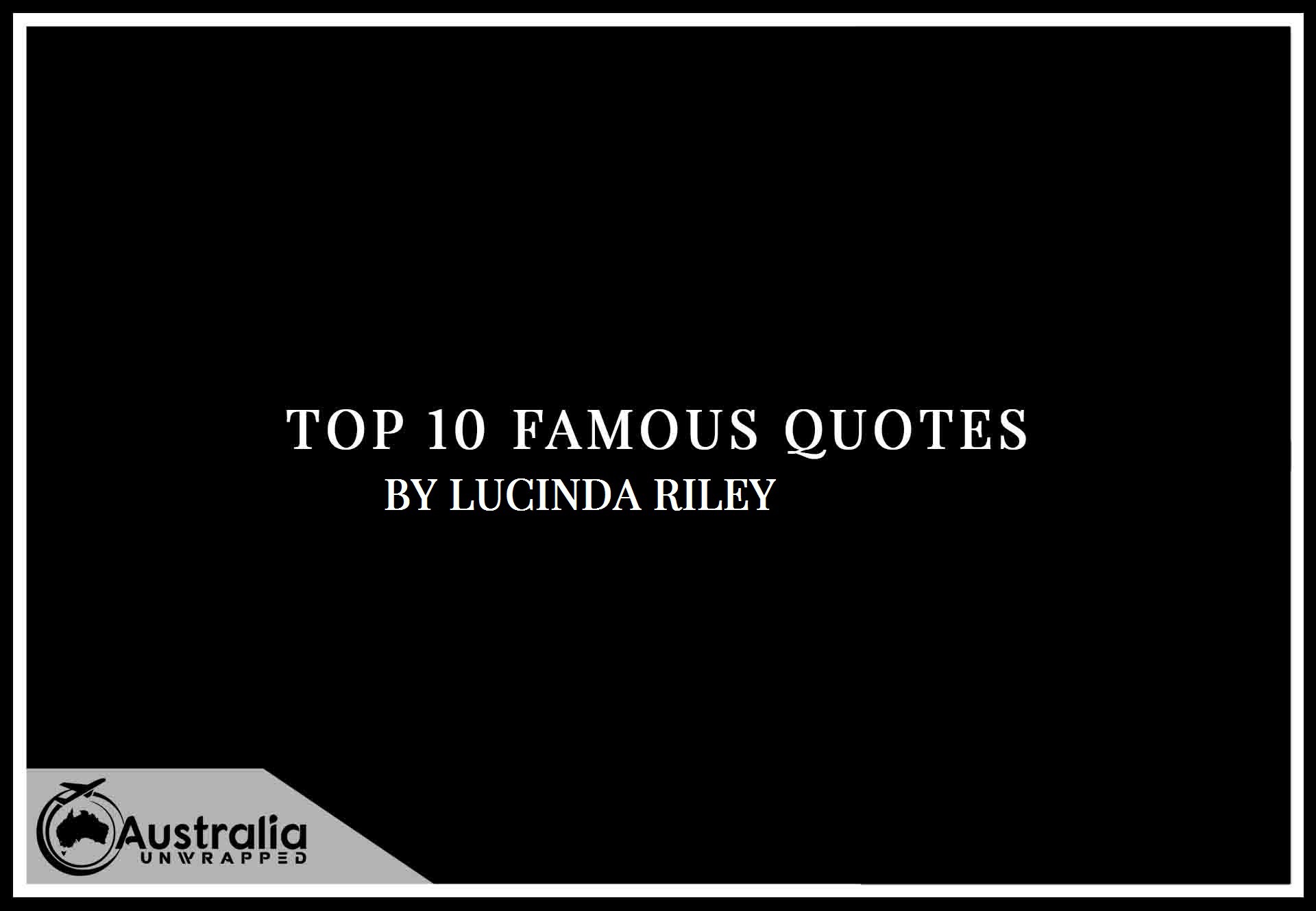 Lucinda Riley, a writer whom I am guessing you love? Here are our 10 best Lucinda Riley quotes for you to enjoy. At Australia Unwrapped we believe every book has at least one quotable line, and our mission is to find them all. Here you will find Lucinda Riley’s top 10 popular and famous quotes. Like every good writer Lucinda Riley made a number of memorable quotes, here are some of our favorites:

Lucinda Riley, born in Northern Ireland, began her career as an actress in film, theatre and television before writing her first book at 24 years old. The books have been translated into thirty-seven languages and sold over thirty million copies worldwide. She is a Sunday Times and New York Times best seller.

It’s no wonder Lucinda’s The Seven Sisters series has become a global phenomenon, telling the story of adopted sisters and based on the mythology of the famous star cluster. The series is a No.1 bestseller across the world with total sales of over fifteen million copies.

Her family divided their time between the United Kingdom and a farmhouse in West Cork, Ireland, where she wrote her books.

“Every human being has a fascinating existence, with a big cast of good and evil characters in each. And almost always, somewhere along the way, magic.”
― Lucinda Riley

“Once you have made a decision and there is no turning back, acceptance is the only comfort.”
― Lucinda Riley

“And that the love of a parent for a child is the most powerful force on earth.”
― Lucinda Riley, The Seven Sisters

“Humans rarely look back to the past, until they have made the same mistake!”
― Lucinda Riley, The Girl on the Cliff

“Love knows not distance; It hath no continent; Its eyes are for the stars.”
― Lucinda Riley, The Seven Sisters

“Remember,even if we can’t see them, those we love are always with us.”
― Lucinda Riley , The Midnight Rose

“We all make decisions as though we will live forever.”
― Lucinda Riley, The Girl on the Cliff

“It’s amazing how beauty can mask so many flaws”
― Lucinda Riley, The Girl on the Cliff

Quotes for all, here you found our selection of 10 Lucinda Riley quotes. Make sure you help by commenting your best Lucinda Riley quote below and sharing our favorite authors so we can look them up, read some of their works and give you the best quotes we can find. We hope you enjoyed our top 10 quotes by Lucinda Riley. However, feel free to comment below if you disagree or would like to include some other great and memorable Lucinda Riley quotes in our list.

“I believe that our lives, just like fairy tales – the stories that have been written by us humans, through our own experiences of living – will always have a Hero and a Heroine, a Fairy Godmother and a Wicked Witch.”
― Lucinda Riley, The Girl on the Cliff

15 Best Quotes About Being Happy