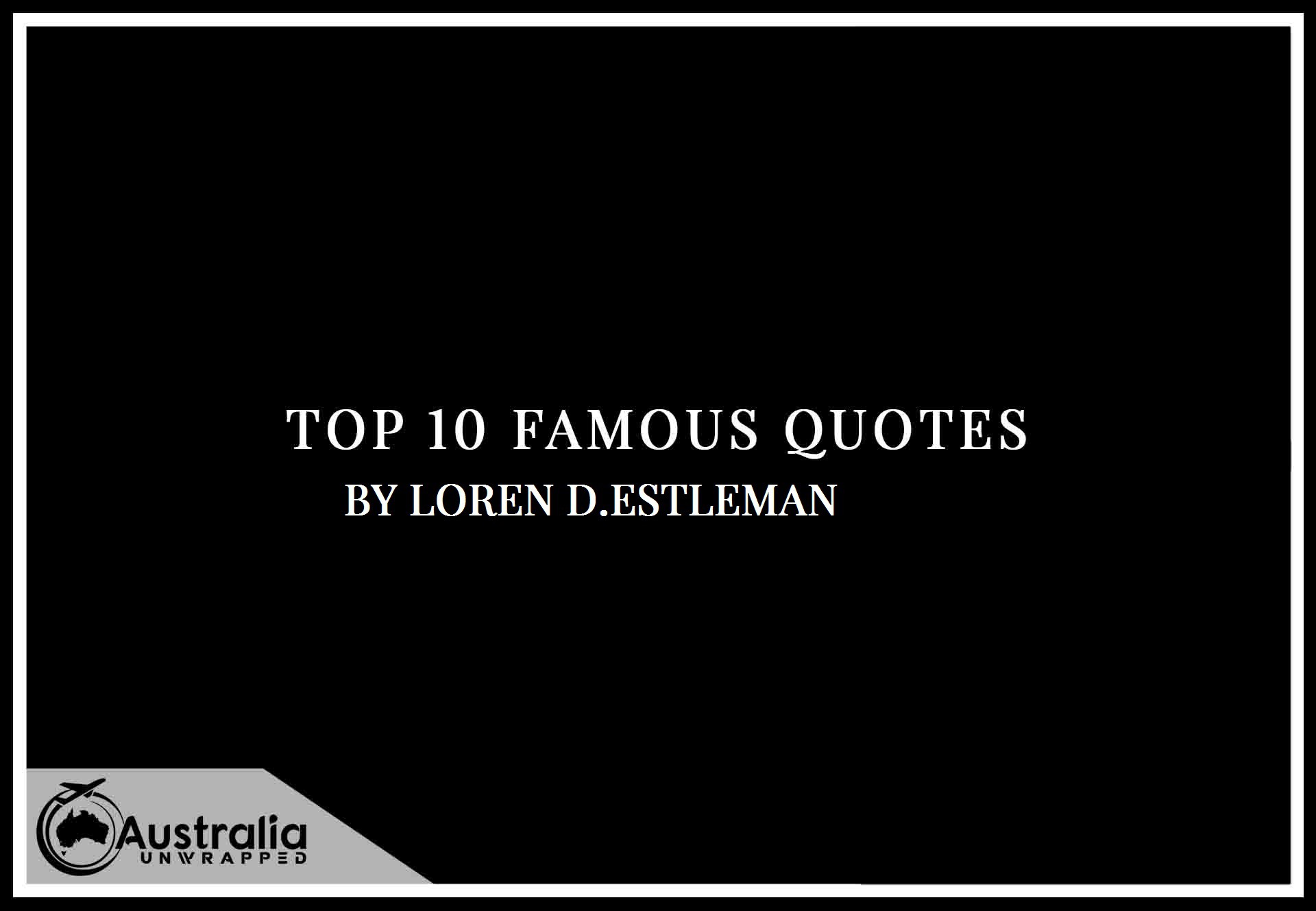 Loren D. Estleman, a writer whom I am guessing you love? Here are our 10 best Loren D. Estleman quotes for you to enjoy. At Australia Unwrapped we believe every book has at least one quotable line, and our mission is to find them all. Here you will find Loren D. Estleman’s top 10 popular and famous quotes. Like every good writer Loren D. Estleman made a number of memorable quotes, here are some of our favourites:

“Concealing himself from his father’s wrath, behind the barn with wick turned low and his face two inches from the rough sawtooth page, Young Crawford had read of these atrocities in Beadle’s Dime Library and fantasized about “calling out” the brutal old man who had sired him, “throwing down” on him with the “hogleg” he wore high on his hip, and blasting him into hell; after which he would go “on the scout,” separating high-interest banks and arrogant railroad barons from their soiled coin and distributing it among their victims, or failing that into his own pockets and saddle pouches and living the “high Life” in saloons and “dance halls” where beautiful women in brief costumes admired his straight legs and square jaw and told him of the men who had “ruined” them (he knew not just how, only that the act was disgraceful and its effects permanent), whereupon he sought the blackguards out and deprived them of their lives. There was usually profit involved; invariably the men were thieves who lived in close proximity to their “ill-gotten booty,” and didn’t it say somewhere in Scripture that robbing a thief was no sin? If it didn’t, it should have.”
― Loren D. Estleman, The Branch and the Scaffold

“In 1914, Franz Ferdinand, the Austrian imperial heir, was shot and killed by a Serbian nationalist in Sarajevo. Do you know the motive behind the act?

It was in retaliation for the subjugation of the Sebs in Austria.

It was not.Franz Ferdinand had stated his intention to introduce reforms favorable to the Serbs in his empire. Had he survived to ascend the throne, he would have made a revolution unnecessary. In plain terms, he was killed because he was going to give the rebels what they were shouting for. They needed a despot in the palace in order to seize it.

“Now came details of Goldby’s adventures with the Cooks and their band. “Chicken, Dynamite Dick, The Verdigris Kid. I wish these fellows read something other than Ned Buntline’s Own. Why haven’t I heard of this Goldsby before this?”
― Loren D. Estleman, The Branch and the Scaffold

“I know a rancher like you down below Hell’s Canyon. He runs about six cows and five thousand sheep. But he calls himself a cattleman.”
― Loren C. Estleman

“The world’s black and white, good and bad, no matter what you hear. The people who say it isn’t have already chosen black.”
― Loren Estleman

“appeared fierce, but Oscar decided this was due more to the fact that his face was still cut and swollen from”
― Loren D. Estleman, The Master Executioner

“Without question, his picture did not do him justice, but again, he was dead when it was taken”
― Loren D. Estleman, The Branch and the Scaffold

“An execution carried out in secrecy is no better than lynching from a dry branch.”
― Loren D. Estleman, The Branch and the Scaffold

“Cherokee’s American, Ned. It don’t get more American than that.”
― Loren D. Estleman, The Branch and the Scaffold

“Early on as news of the sextuple execution in Fort Smith spread, rooted itself in the umber soil of the western Indian Nations, and grew inthe the solid stalk of legend, the men whom Marshal Fagan appointed to swell the judge’s standing army abanddonded the practice of introducing themselves as deputy U.S. marshals. Instead, when they entered the quarters of local law enforcement officers and tribal policemen to show their warrants, they said: “We ride for Parker.”

Sometimes, in deference to rugged country or to cover ground, they broke up and rode in pairs or singles, but as the majority of the casualties they would suffer occurred on these occasions, they formed ragged escorts around stout little wagons built of elm, with canvas sheets to protect the passengers from rain and sun for trial and execution. With these they entered the settlements well behind their reputations. The deputies used Winchesters to pry a path between rubbernecks pressing in to see what new animals the circus had brought. Inside, accused felons, rounded up like stray dogs, rode in manacles on the sideboards and decks. At any given time-so went the rumor-one fourth of the worst element in the Nations was at large, one fourth was in the Fort Smith jail, and one fourth was on its way there in the ‘tumbleweed wagons.’

“That’s three-fourths,” said tenderheels “What about the rest?’

“That fourth rides for Parker.”
― Loren D. Estleman, The Branch and the Scaffold 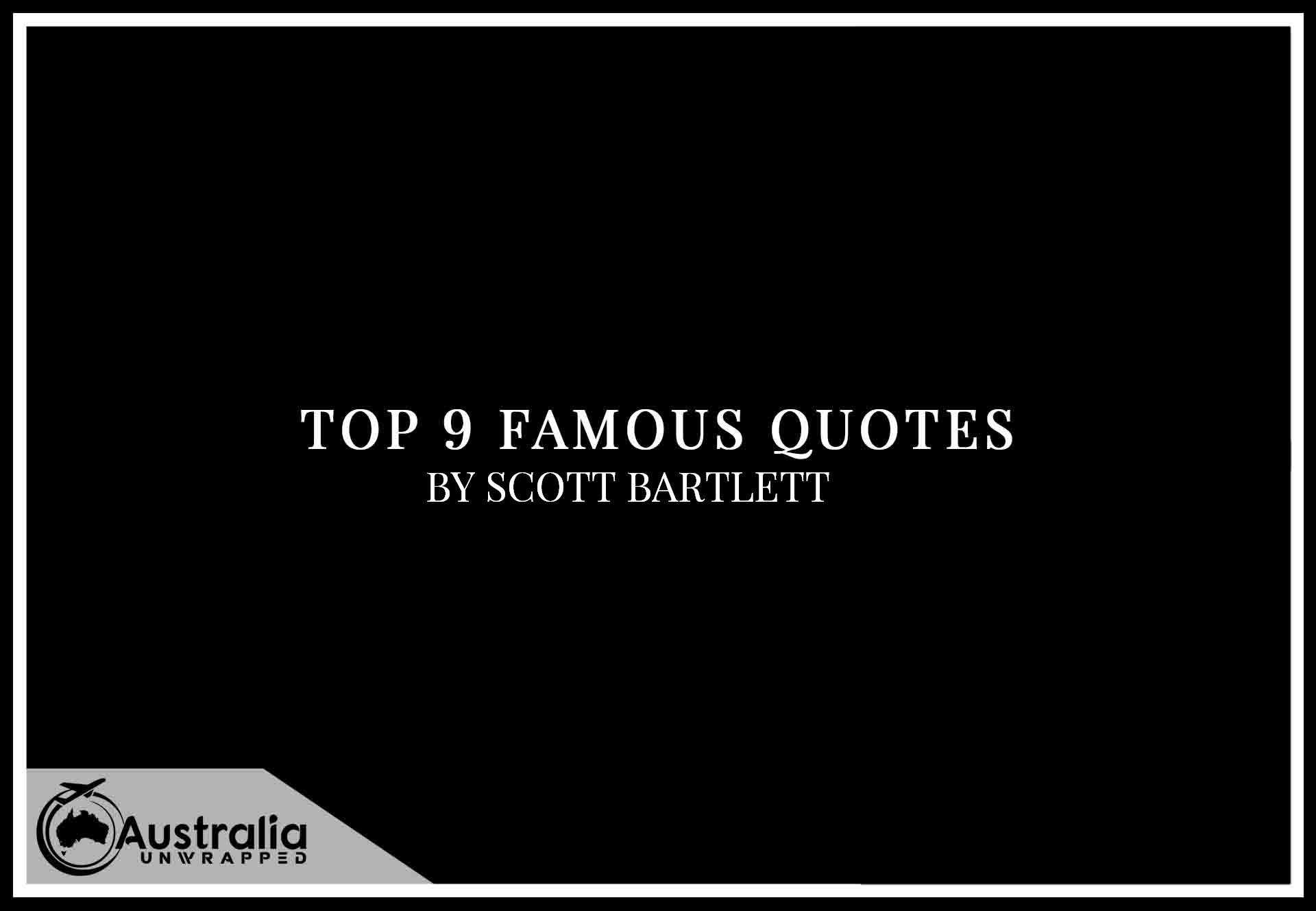