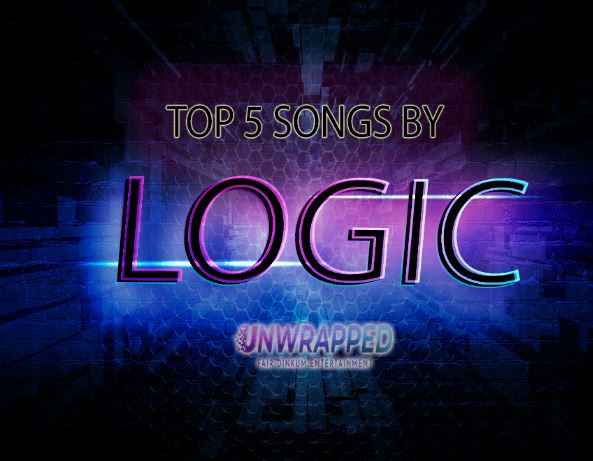 We know how excited you are to be swept away by music through Logic‘s Top 5 Tracks. Australian Unwrapped would like to give you first a glimpse of the life of the artist. Enjoy reading and listening!

Who is Logic: Logic was born Sir Robert Bryson Hall II on January 22, 1990. He was nominated for two Grammy Awards and was able to release six albums. Under Pressure in 2014 and platinum-certified The Incredible True Story in 2015 which zoomed to U.S. Billboard 200 Top 5 ranks were his first two studio albums. His platinum-certified album Everybody released in 2017 hit the top spot in the US. This also spawned U.S. Billboard Hot 100 Top 3 song “1-800-273-8255”. Logic is the first musician to exclusively sign and stream for Twitch.

Logic has never went to a house party when he was young because he is too focused on his work.
He skipped school and done badly in every subjects aside from English so he got kicked out.
He turned down an offer from Nas because he wanted to create his own name.

We freaking love music here at Unwrapped, and we adore Logic. In our humble opinion, here are the BEST FIVE SONGS by the legendary Logic (most liked, listened and downloaded songs) across the web!!!

Son, you know why you the greatest alive?
Why, Dad?
Because you came out of my balls, nigga
Hahahaha
Fuck rap, bustin’ like an addict with a semi-automatic
Who done had it, and he ready for anybody to buck back
Hold up, catch a vibe, ain’t no way in hell we leavin’ nobody alive
Leave a suicide note, fuck that
Bobby feelin’ villainous, he killin’ this
I’m comin’ for your man and his lady and even the baby
I’m feelin’ like I’m chicka-chicka-chicka Slim Shady with rabies
I’m foamin’ at the mouth, ain’t nobody takin’ me out
Every single rapper in the industry, yeah, they know what I’m about

Ayy, bitch, I’ve been goin’ and goin’ like the Energizer
Yeah, I’m supplyin’ the wood like Elijah
In the cut, smokin’ on indica
Might fuck around and compartmentalize ya
They say, they say life is a bitch
And if that is the case then I’m finna surprise her
No, I am not an adviser, but I do advise ya
To pay attention, never need to mention
I’m that motherfucker bustin’ heads
Finna push it to the ledge
Yeah, I been smokin’ my meds
Ain’t got no love for the feds
Can’t let fame go to yo head
Fuck with me, watch where you tread
I’m finna kill it instead
I’m finna, I’m finna, I’m finna

I hope you enjoyed listening to Logic !