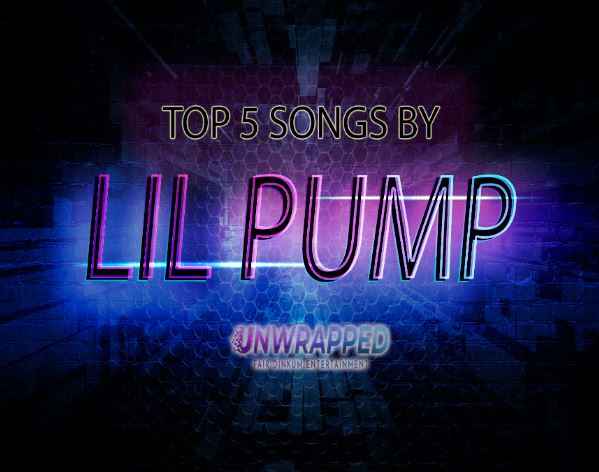 We know how excited you are to be swept away by music through Lil Pump‘s Top 5 Tracks. Australian Unwrapped would like to give you first a glimpse of the life of the artist. Enjoy reading and listening!

All about Lil Pump

Who is Lil Pump: Gazzy Garcia is more popularly known by his stage moniker Lil Pump. His career soared to fame in 2017 with the single “Gucci Gang”, which made it to Billboard Hot 100 Top 3 and was certified five-times platinum by the Recording Industry Association of America. The single was featured on his debut album Lil Pump (2017), which peaked at number 3 on the US Billboard 200. Some of his prominent releases were “I Love It” (with Kanye West), “Esskeetit”, “Drug Addicts”, “Butterfly Doors”, “Racks on Racks”, “Be Like Me” (featuring Lil Wayne), and “Welcome to the Party” from the Deadpool 2 soundtrack.

When Garcia was thirteen years old, his cousin, Lil Ominous, introduced him to Omar Pineiro, better known as Smokepurpp; the two eventually became collaborators.
Garcia and Pineiro were expelled from multiple district schools. Garcia was expelled in the tenth grade for fighting and inciting a riot when he transferred to an opportunity high school.

We freaking love music here at Unwrapped, and we adore Lil Pump. In our humble opinion, here are the BEST FIVE SONGS by the legendary Lil Pump (most liked, listened and downloaded songs) across the web!!!

Oh-oh (ooh, ooh)
(Lil Pump, Maluma, baby)
Mally, Mally Mall
Arms around you
Te amo mami, let me hold you
Wrap me arms right around you, girl, oh yeah
Good lovin’ got all around you
To make sure no one could harm you
Dale, mami, let me have you, ooyy
Yeah, she drivin’ me crazy (Yeah)
I take drugs on the daily (Ooh)
Pull out the ‘Rari or the Mercedes (Which one?)
Yeah, she got my heart racing, racing (Yeah)
Foreign cars, foreign hoes
Yeah, we got a lot of those (Ooh)
10 bands on my Gucci coat (Ooh)

Welcome to the Party

I hope you enjoyed listening to Lil Pump !