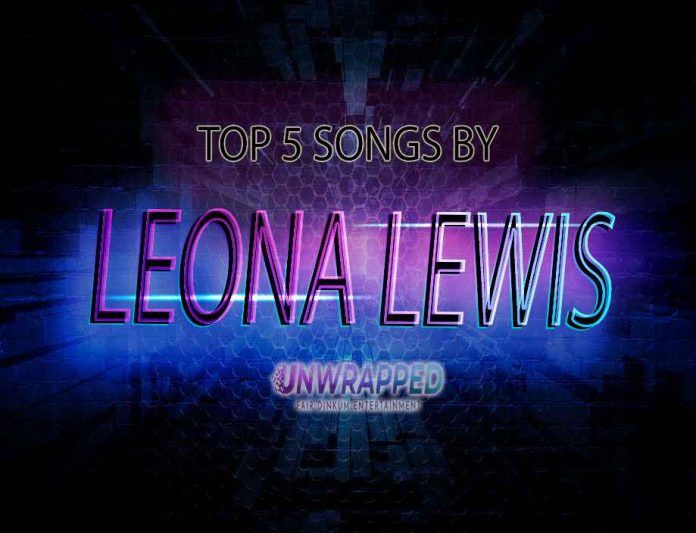 We know how excited you are to be swept away by music through Leona Lewis‘ Top 5 Tracks. Australian Unwrapped would like to give you first a glimpse of the life of the artist. Enjoy reading and listening!

All about Leona Lewis

Who is Leona Lewis: Leona Louise Lewis won the third series of The X Factor in 2006. She topped the UK Singles Chart for four weeks with her cover of Kelly Clarkson’s “A Moment Like This”. A 10* platinum certification was awarded in the UK to Spirit (2007), which became the fourth-best-seller album in the 2000s, and one of the best-seller albums in UK chart history. Spirit is the highest-selling debut album by a female artist of the 21st century, according to the Official Charts Company. “Bleeding Love” was the biggest seller in 2007 and spent seven weeks at number one in the UK.

Leona’s obsessed with binge-watching Netflix shows, and she adores House of Cards.
Jake Gyllenhaal and Shia LaBeouf are her biggest crushes.
A bronzer is her must-have beauty product.

We freaking love music here at Unwrapped, and we adore Leona Lewis. In our humble opinion, here are the BEST FIVE SONGS by the legendary Leona Lewis (most liked, listened and downloaded songs) across the web!!!

You Are The Reason – Duet Version

I’ll sing it one last time for you
Then we really have to go
You’ve been the only thing that’s right
In all I’ve done
And I can barely look at you
But every single time I do
I know we’ll make it anywhere
Away from here
Light up, light up
As if you have a choice
Even if you cannot hear my voice
I’ll be right beside you, dear
Louder, louder
And we’ll run for our lives
I can hardly speak, I understand
Why you can’t raise your voice to say

Footprints in the Sand

I hope you enjoyed listening to Leona Lewis !