Lenovo Yoga 900 Review: Lenovo Yoga 900 is the latest and most innovative laptop from the brand. Lenovo has presented best selling design with Yoga 3 Pro last year but the company made major changes in Yoga 900 which are undeniable. We can say design is not much different from the last version of Lenovo. But there are some features and specs which have taken Yoga 900 to the new level.

Such as users complained about short battery life Yoga 3 Pro has. Yoga 900 is powered by the long battery life now. With faster performance and convertible design are real charms about Lenovo Yoga 900.

This post is especially composed for giving deeper look inside the convertible Yoga 900. So why are you waiting and let’s dig in!

The dominant fact about design is metallic body covered in silver. At first people may misunderstand Yoga 900 as MacBook. But as soon anyone hold this device he will notice the hinge around the rear.

360 convertible screen is the most appealing thing about Yoga 900. The screen of laptop can be rotated in any direction. You can use it both as laptop and tablet.

As mentioned earlier, it can be used as a tablet. But the problem comes when you are suing it for long intervals. As the keyboard is undetachable. So in terms of tablet, it weighs like a laptop.

The RAM is 16 GB, this number is highly significant. Any type of multitasking is possible while using Yoga 900. Obviously, it does not mean you will open dozens of windows at the same time. Use it properly.

Like RAM, the storage is immense. 512 GB! That’s really huge. Macbook only offers flash memory of 128 GB as base configuration. So, in case or RAM and Storage, Yoga 900 is giving hard time to competitors.

The placement of ports and other things like charging port, card reader slot, audio jack slot etc are same as on Yoga 3 Pro.

In Yoga 3 Pro, the main concern was low performance. But due to powerful process of Core i7-6500U and top end Graphics 520, its performance is more remarkable than the last version. In terms of performance, it is really into leading names as convertible laptops.

Yoga 900 is more expensive than Yoga 3 Pro. But every penny you spend is worth it. Because Lenovo dealt with both battery and performance issues and made Yoga 900 better. In terms of performance, it has set the benchmark. 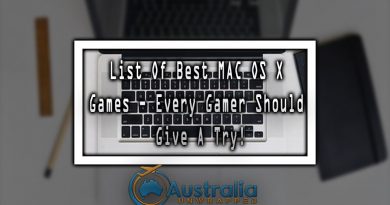 List Of Best MAC OS X Games – Every Gamer Should Give A Try!