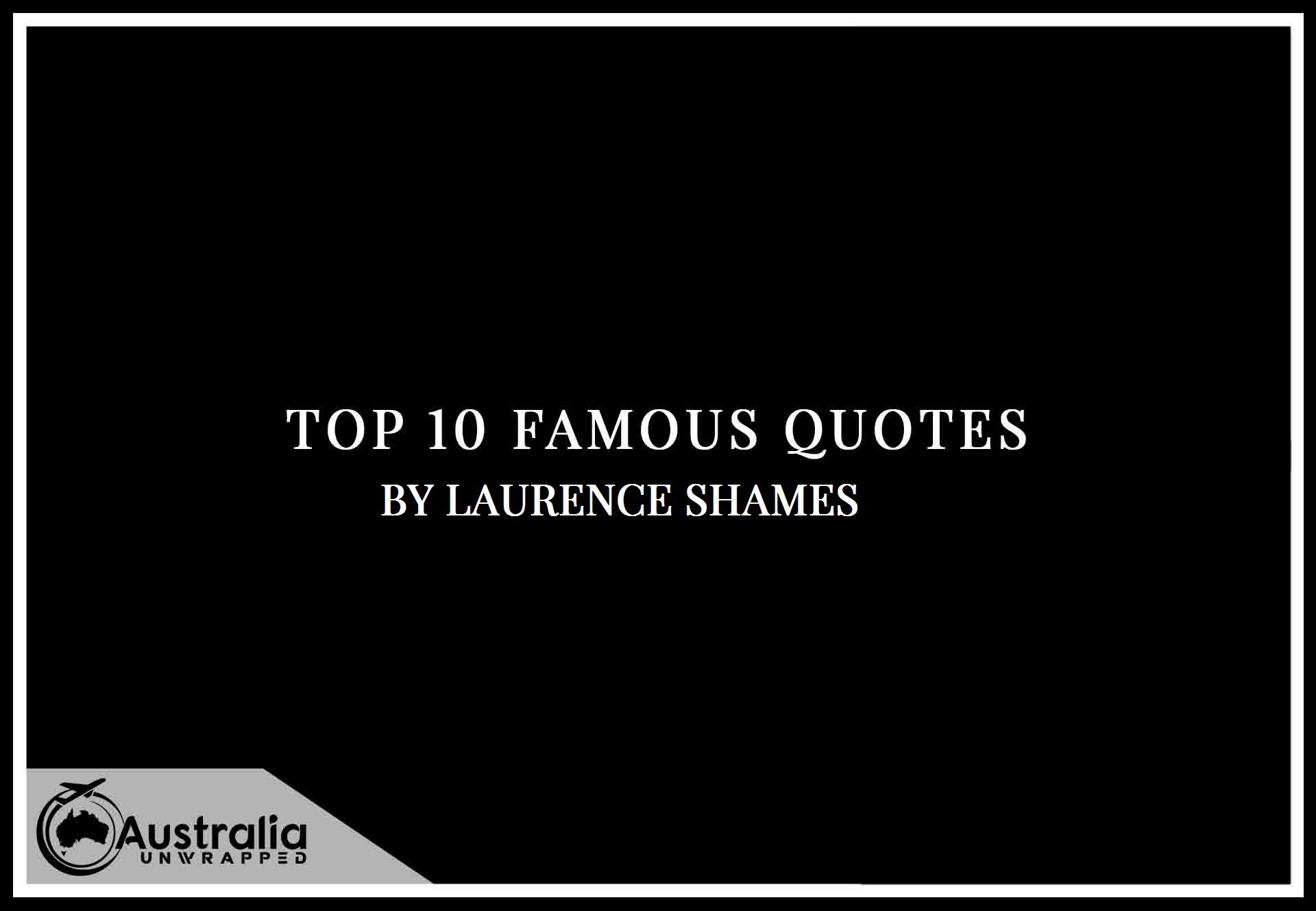 Laurence Shames, a writer whom I am guessing you love? Here are our 10 best Laurence Shames quotes for you to enjoy. At Australia Unwrapped we believe every book has at least one quotable line, and our mission is to find them all. Here you will find Laurence Shames’s top 10 popular and famous quotes. Like every good writer Laurence Shames made a number of memorable quotes, here are some of our favorites:

He has worked as a cab driver, a lounge singer, a furniture mover, a lifeguard, a dishwasher, a gym teacher, and a shoe salesman in New York City. After failing to distinguish himself in any of those professions, he turned to writing full-time in 1976 and hasn’t worked since.

Despite his basic laziness, Shames has written more than twenty books and hundreds of articles and essays for magazines and journals. Best known for his critically acclaimed series of Key West Capers. Additionally, he has authored non-fiction and enjoyed considerable success as a collaborator and ghostwriter. Shames has written four New York Times bestsellers. They have appeared on four different lists, under four different names, none of them his own. This might be a record.

More from the Author: https://amzn.to/3uzaFXE

“He would be the kind of friend he wished he had, and so perhaps become worthy of having such a friend himself.”
― Laurence Shames, Scavenger Reef

“Sleeping and waking—for him the states grew ever less distinct. Sleep gained in truth as waking lost the arrogance of certainty. Dreams, three-D and portentous, sported a logic no less satisfactory than that of what, by mere consensus, was called the real. Categories dissolved; things floated free of their names, and a kind of geriatric Buddhism became ever more unquestioned and serene.”
― Laurence Shames, Mangrove Squeeze

“There’s a look that two people share when it is inevitable that they’re becoming lovers; that they’ve become lovers, in spirit if not yet in deed. The look is the bond that sex confirms.”
― Laurence Shames, The Naked Detective

“Why are we inspired by another person’s courage? Maybe because it gives us the sweet and genuine surprise of discovering some trace, at least, of the same courage in ourselves.”
― Laurence Shames

“You have reached the home and workplace of Roberto Natchez. I do not often take calls. I make no promise to return them. I have much to do. You may leave a message if you wish.”
― Laurence Shames, Scavenger Reef

“When a marriage works, it is in no small part because a woman and a man have come to recognize in precise measure when enough has been said.”
― Laurence Shames, Sunburn

“One of the things Key West teaches is that disappointment and contentment can go together more easily than you would probably imagine.”
― Laurence Shames, The Naked Detective

“Art happens when a person of talent is seized with nervous energy and discovers that he or she has nothing to do except create.”
― Laurence Shames, Scavenger Reef

“Success and failure. We think of them as opposites, but they’re really not. They’re companions – the hero and the sidekick.”
― Laurence Shames

“On thick-built men like Joe Mulvane, they tend to bind around the thighs, the back seam has an annoying tendency to crawl between the buttocks. When such men sit and lean forward, say, against a bar, the waistband of their trousers binds them in the belly, while at the base of their spines an unattractive gap appears and seems to tug their shirttails out as well as to create a natural channel for sweat to pour. A belt doesn’t close the trench in back; it only presents a retaining wall that bites into the flesh below the navel.”
― Laurence Shames, Scavenger Reef

More from the Author: https://amzn.to/3uzaFXE