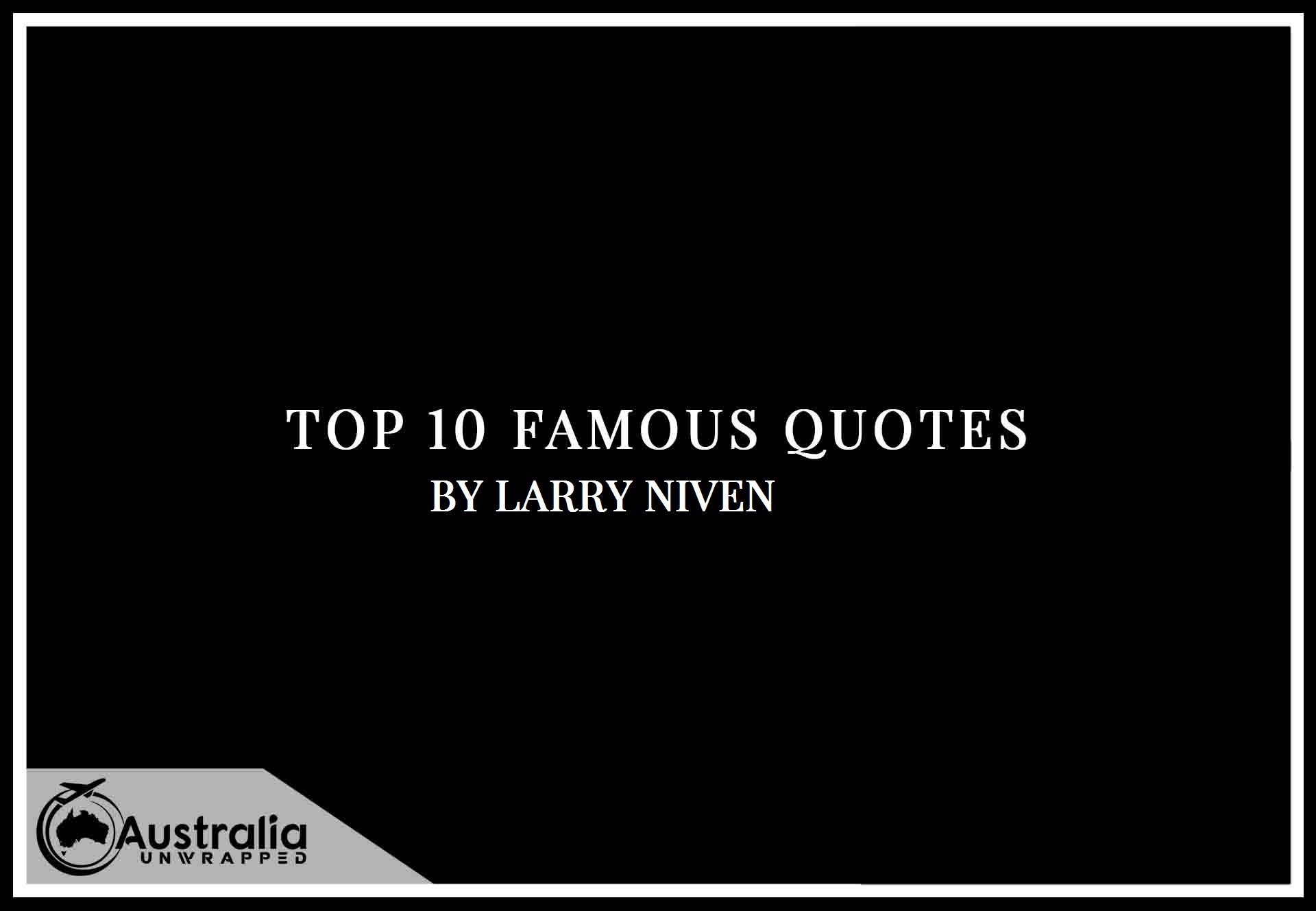 Larry Niven, a writer whom I am guessing you love? Here are our 10 best Larry Niven quotes for you to enjoy. At Australia Unwrapped we believe every book has at least one quotable line, and our mission is to find them all. Here you will find Larry Niven’s top 10 popular and famous quotes. Like every good writer Larry Niven made a number of memorable quotes, here are some of our favorites:

Among Laurence van Cott Niven’s best known works is Ringworld (Ringworld, #1) (1970), which won Hugo, Locus, Ditmar, and Nebula awards. A majority of his work is hard science fiction based on big science concepts and theoretical physics. His ability to create well-worked-out alien species that differ from humans both physically and mentally is recognized as one of his greatest strengths.

As well as detective fiction, Niven often includes elements of adventure stories. There are several fantasy series of his, including The Magic Goes Away series, which uses an exhaustible resource, called Mana, to render magic non-renewable.

More from the Author: https://amzn.to/3PvbMA5

“There is a technical, literary term for those who mistake the opinions and beliefs of characters in a novel for those of the author. The term is ‘idiot’.”
― Larry Niven

“That’s the thing about people who think they hate computers. What they really hate is lousy programmers.”
― Larry Niven

“Humans,” said the puppeteer, “should not be allowed to run loose. You will surely harm yourselves.”
― Larry Niven, Ringworld

“The gods do not protect fools. Fools are protected by more capable fools.”
― Larry Niven, Ringworld

“A civilization has the ethics it can afford”
― Larry Niven

“Never tell a computer to forget it.”
― Larry Niven, A World Out of Time

“Never fire a laser at a mirror. ”
― Larry Niven

Quotes for all, here you found our selection of 10 Larry Niven quotes. Make sure you help by commenting your best Larry Niven quote below and sharing our favourite authors so we can look them up, read some of their works and give you the best quotes we can find. We hope you enjoyed our top 10 quotes by Larry Niven. However, feel free to comment below if you disagree or would like to include some other great and memorable Larry Niven quotes in our list.

More from the Author: https://amzn.to/3PvbMA5