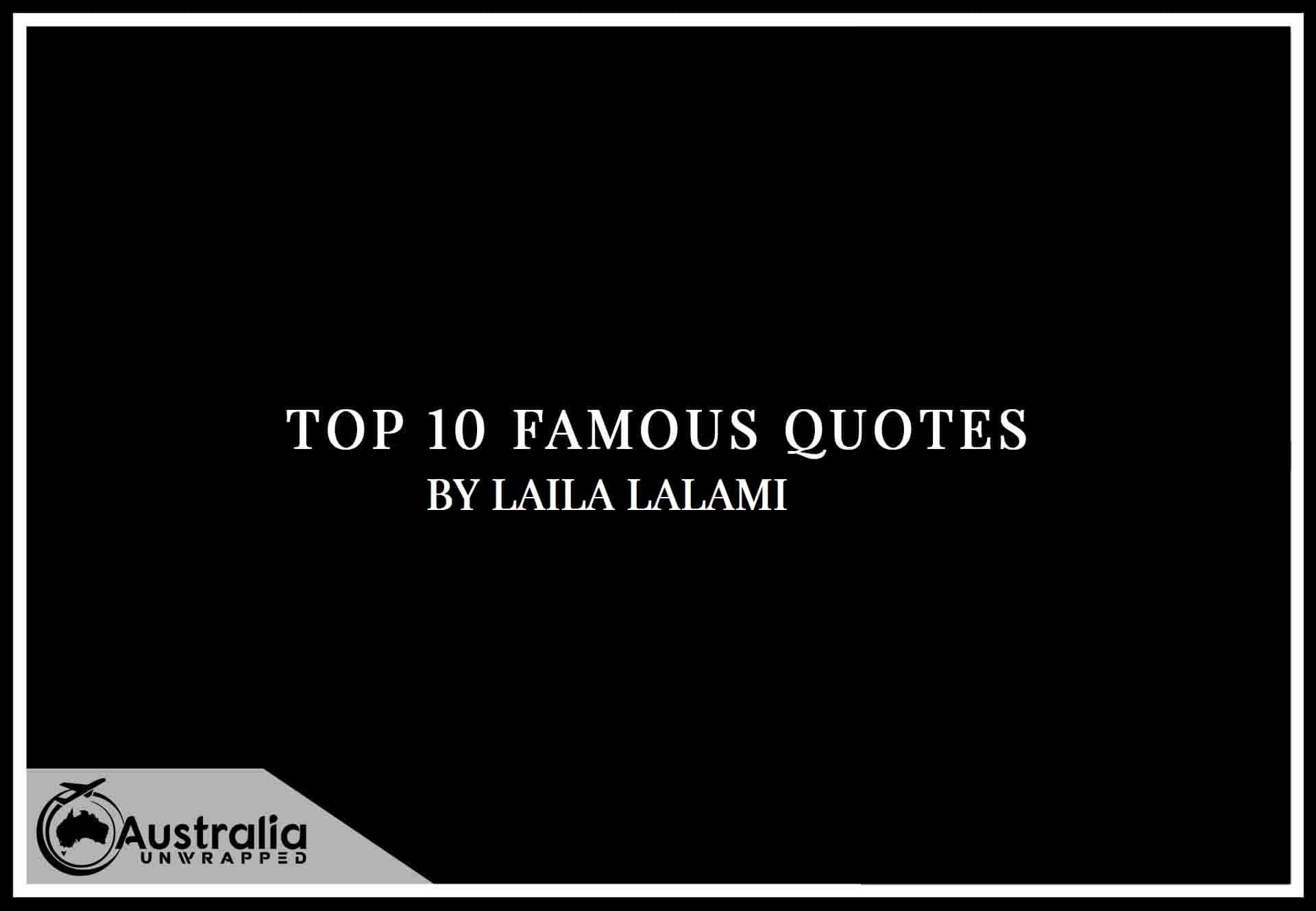 Laila Lalami, a writer whom I am guessing you love? Here are our 10 best Laila Lalami quotes for you to enjoy. At Australia Unwrapped we believe every book has at least one quotable line, and our mission is to find them all. Here you will find Laila Lalami’s top 10 popular and famous quotes. Like every good writer Laila Lalami made a number of memorable quotes, here are some of our favorites:

She was born in Rabat and educated in Morocco, Great Britain, and the United States. Her novels include The Moor’s Account, which won the American Book Award, the Arab-American Book Award, the Hurston/Wright Legacy Award, and was a finalist for the Pulitzer Prize for Fiction, and The Other Americans, which was a national bestseller. She has written essays and opinion pieces for the Los Angeles Times, Washington Post, The Nation, the Guardian, and the New York Times. A recipient of a British Council Fellowship, a Fulbright Fellowship, and a Guggenheim Fellowship, she is currently a professor of creative writing at the University of California, Riverside. In September 2020, Pantheon will publish Conditional Citizens: On Belonging in America, a work of nonfiction

More from the Author: https://amzn.to/3vbgk6m

“No lies are more seductive than the ones we use to console ourselves.”
― Laila Lalami, The Moor’s Account

“Perhaps memory is not merely the preservation of a moment in the mind, but the process of repeatedly returning to it, carefully breaking it up in parts and assembling them again until we can make sense of what we remember.”
― Laila Lalami, The Other Americans

“Just by saying something was so, they believed that it was. I know know that these conquerors, like many before them, and no doubt like others after, gave speeches not to voice the truth, but to create it.”
― Laila Lalami, The Moor’s Account

“A name is precious; it carries inside it a language, a history, a set of traditions, a particular way of looking at the world. Losing it meant losing my ties to all those things too.”
― Laila Lalami, The Moor’s Account

“He needed time to adjust to real life, where heroes and villains could not be told apart by their looks or their accents, where there were no last minute reversals of fortune.”
― Laila Lalami, Secret Son

“I wondered why God created so many varieties of faiths in the world if He intended all of us to worship Him in the same fashion.”
― Laila Lalami, The Moor’s Account

“My mother had to leave many traditions behind and the more time passed, the more they mattered to her.”
― Laila Lalami, The Other Americans

“Unfounded gossip can turn into sanctioned history if falls into the hands of the right storyteller.”
― Laila Lalami, The Moor’s Account

“To overcome my fear, I shackled myself with hope, its links heavier than any metal known to man.”
― Laila Lalami, The Moor’s Account

Quotes for all, here you found our selection of 10 Laila Lalami quotes. Make sure you help by commenting your best Laila Lalami quote below and sharing our favorite authors so we can look them up, read some of their works and give you the best quotes we can find. We hope you enjoyed our top 10 quotes by Laila Lalami. However, feel free to comment below if you disagree or would like to include some other great and memorable Laila Lalami quotes in our list.

“His anger took many shapes: sometimes soft and familiar, like a round stone he had caressed for so long that is was perfectly smooth and polished; sometimes it was thin and sharp like a blade that could slice through anything; sometimes it had the form of a star, radiating his hatred in all directions, leaving him numb and empty inside.”
― Laila Lalami, Secret Son

More from the Author: https://amzn.to/3vbgk6m