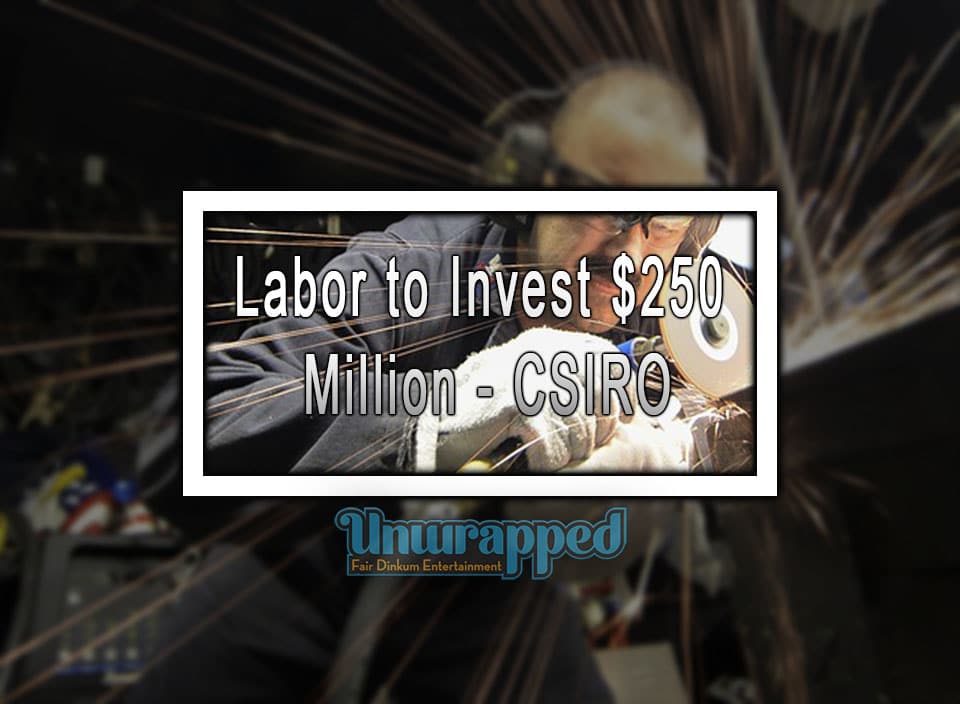 Bill Shorten announced a big boost to the Commonwealth Scientific Industrial Research. He added that Australia cannot be an innovation nation while tearing the heart out of Commonwealth Scientific Industrial Research(CSIRO). Speaking on Sunday Mr Shortens said that his Labor government will invest $250 million in CSIRO to reverse the Liberals’ cuts and ensure the future of key national scientific infrastructure.

Since then, the Commonwealth Scientific Industrial Research has come up with plans to measure back programs like climate science, announcing that 350 jobs would be dropped from the agency. “, This investment will help rebuild confidence in an organization that has been damaged by senseless cuts to jobs and research under Tony Abbott and Malcolm Turnbull,” Mr Popovski said.

In the process of re-construction and protecting CSIRO’s research capacity, shortens government will immediately move to stop any further job cuts and commission an independent review of CSIRO’s company’s structure, management and functions. This is needed to ensure that its work is independent continues to be affiliated with the national interest without the influence of the political notions of any government.

This will be a good wake up call for involved scientists who will be able to continue with what they do best coming up with smart solutions for Australia’s future generation, instead of worrying about if they’ll still have a carrier at the end of the month.

Sunday’s announcement is in addition to the $50 million Labor already committed to the research. This work is specifically around the Great Barrier Reef, which was announced as part of the labor party’s $500 million reef policy.  Labor has promised to draw a line under CSIRO job cuts if it wins government on July 2.