Know about Bitcoin Smart Contracts and their usage 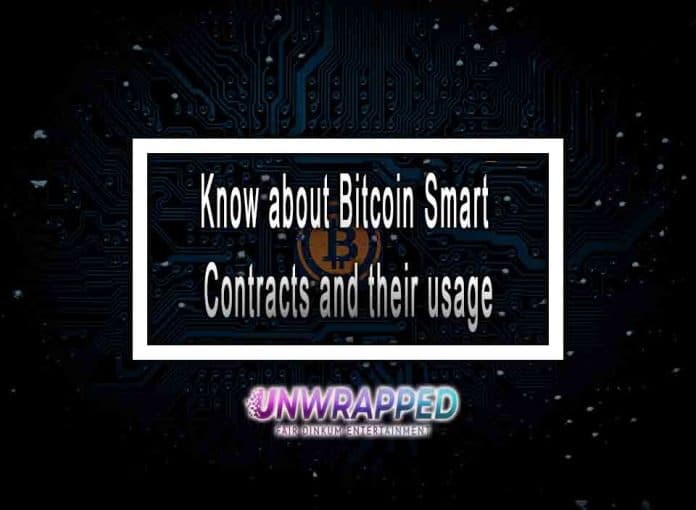 What is a Bitcoin smart contract?

This is a digital agreement and a software code which is stored in the blockchain network of Bitcoin and then executed across all the nodes in the network. The smart contract creator defines all the rules and regulations and all the parties involved agree upon the same. Once it is saved onto the blockchain, it will stay there for all times to come and there will be no change in the code which is stored at that location. The agreement is stored and replicated by the Bitcoin (BSV) ledger – which provides it with immutability and security.

With blockchain smart contracts, the rules associated with an agreement can be defined. But that is not all. Smart contracts can also execute all those obligations and rules automatically. No Central authority is needed for seamless functioning of the software program.

How can Bitcoin smart contracts be used?

To put simply, tokenized currency or assets are transferred by users into a digital platform. The code is automatically run by the platform, for the validation of the particular conditions. After reviewing, the smart contract takes a decision automatically on:

In this regard, we must also understand that these contracts do not get executed automatically. The code is triggered by some kind of human interaction with the public key of a smart contract. When that happens, the digital agreements can convey information to each other and the execution of each other can also be influenced. This kind of contract is free from any external influence, in the sense that, the only factors which can have an impact on the result are – the rules agreed upon as well as the safeguards that are set in place at the time of smart contract creation.

Various enforcement features are built into the Bitcoin (BSV) blockchain network smart contracts, which let the issuers’ thaw, confiscate and freeze tokens. With the help of these kinds of features, tokens can effectively be managed by parties.