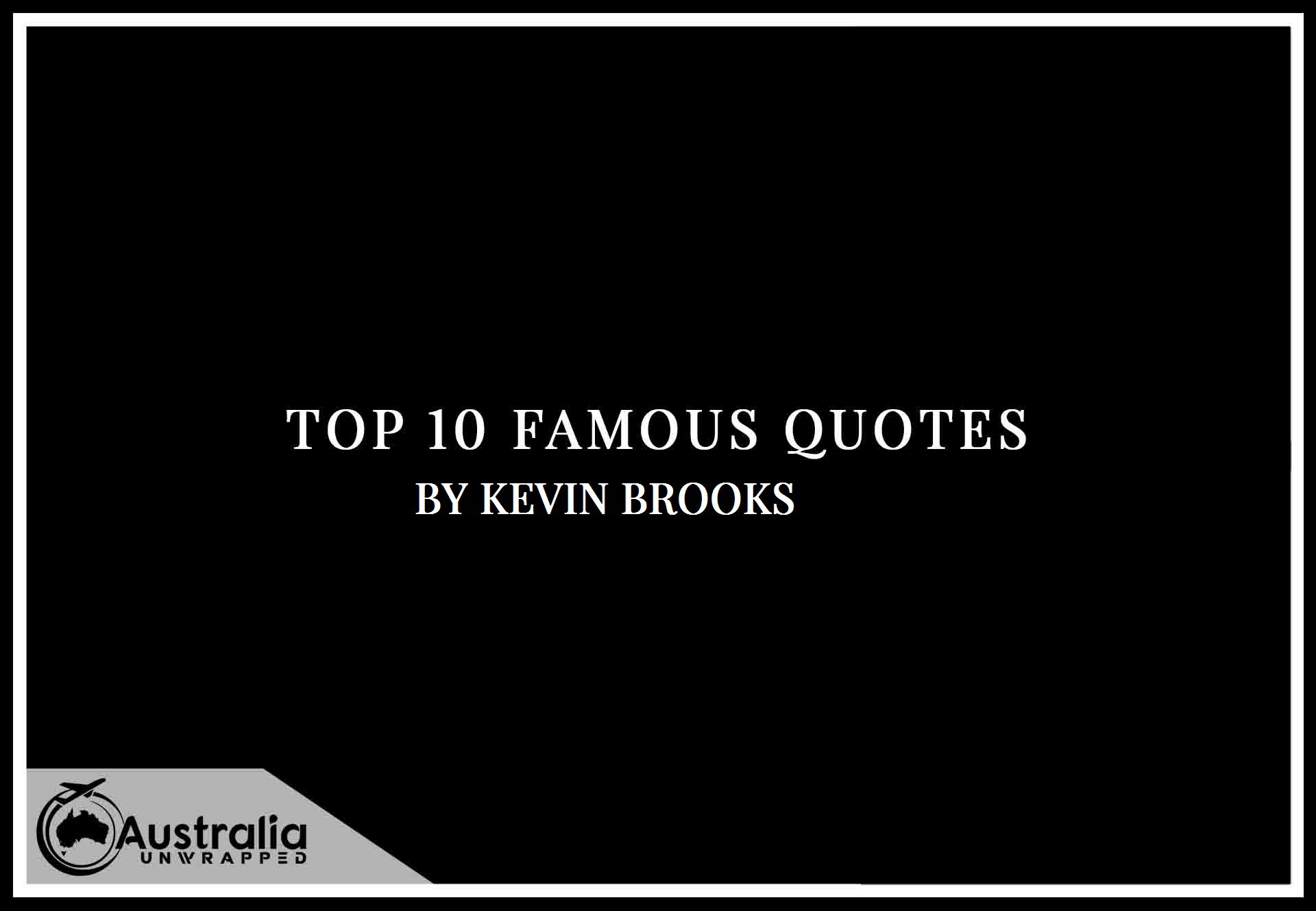 Love reading? Then it’s likely you will love a good quote from your favourite author. This article covers Kevin Brooks’s Top 10 Popular and Famous Quotes that we at Australia Unwrapped have collected from some of his greatest works. Kevin Brooks quotes to remember and here you will find 10 of the best. A memorable quote can stay with you and can be used along your journey. Choosing Kevin Brooks’s top 10 quotes is not easy, but here they are:

“The days passed, as they do, and life went on.”
― Kevin Brooks, Candy

“I remember it all: every word, every breath, every tick of the clock . . . everything that happened is with me forever.
I can never forget it.
But that dosen’t mean I can live it again. You can’t live what’s gone, you can only remember it, and memories have no life. They’re just pale reminders of a time that’s gone – like faded photographs, or a dried-up daisy chain at the back of a drawer. They have no substance. They can’t take you back. Nothing can take you back.
Nothing can be the same as it was.
Nothing is.

“It’s not easy-living in a void, living and dying inside your head…wanting what you want so much that you’d give everything else to get it- but the time still passes, the days go on…and as long as there’s still a tomorrow, there’s always a chance. ”
― Kevin Brooks, Candy

“It was a truth that invaded her, like a dark disease, a truth too painful to talk about. And I was beginning to wonder if all I was doing was making it worse.”
― Kevin Brooks, Candy

“The sadness, the silence, the darkness, the loneliness… all of it held in a simple little moment. It was just so…
I don’t know.
Just so much.”
― Kevin Brooks, Candy

“never feel guilty about anything shame and guilt are a waste of time just do what you do– and deal with it”
― Kevin Brooks, The Road of the Dead

“Because some things are never meant to be anything more than a moment. And that was one of them.”
― Kevin Brooks, Lucas

“Chocolate friends may not last any longer than fake ones, but they sure as hell taste better.”
― Kevin Brooks

“It’s always hard to lose somebody. It leaves a hole in you heart that never grows back. ”
― Kevin Brooks, Lucas

“That’s what happens.
You just get on with it.
There are no endings.”
― Kevin Brooks, Lucas

“Getting over it doesn’t mean forgetting it, it just means reducing the pain to a tolerable level, a level that doesn’t destroy you. I know that right now the idea of getting over it is unimaginable. It’s impossible, inconceivable, unthinkable. You don’t want to get over it. Why should you? It’s all you’ve got. You don’t want kind words, you don’t care what other people think or say, you don’t want to know how they felt when they lost someone, They’re no you, are there! They can’t feel what you feel. The only thing you want is the things you can’t have. It’s gone. Never coming back. No one know how that feels. No one know what it’s like to reach out and touch someone who isn’t there and will never be there again. No one knows the unifiable emptiness. No one but you. You and me, love. We don’t want anything. We want to die, but life won’t let us. We’re all it’s got.”