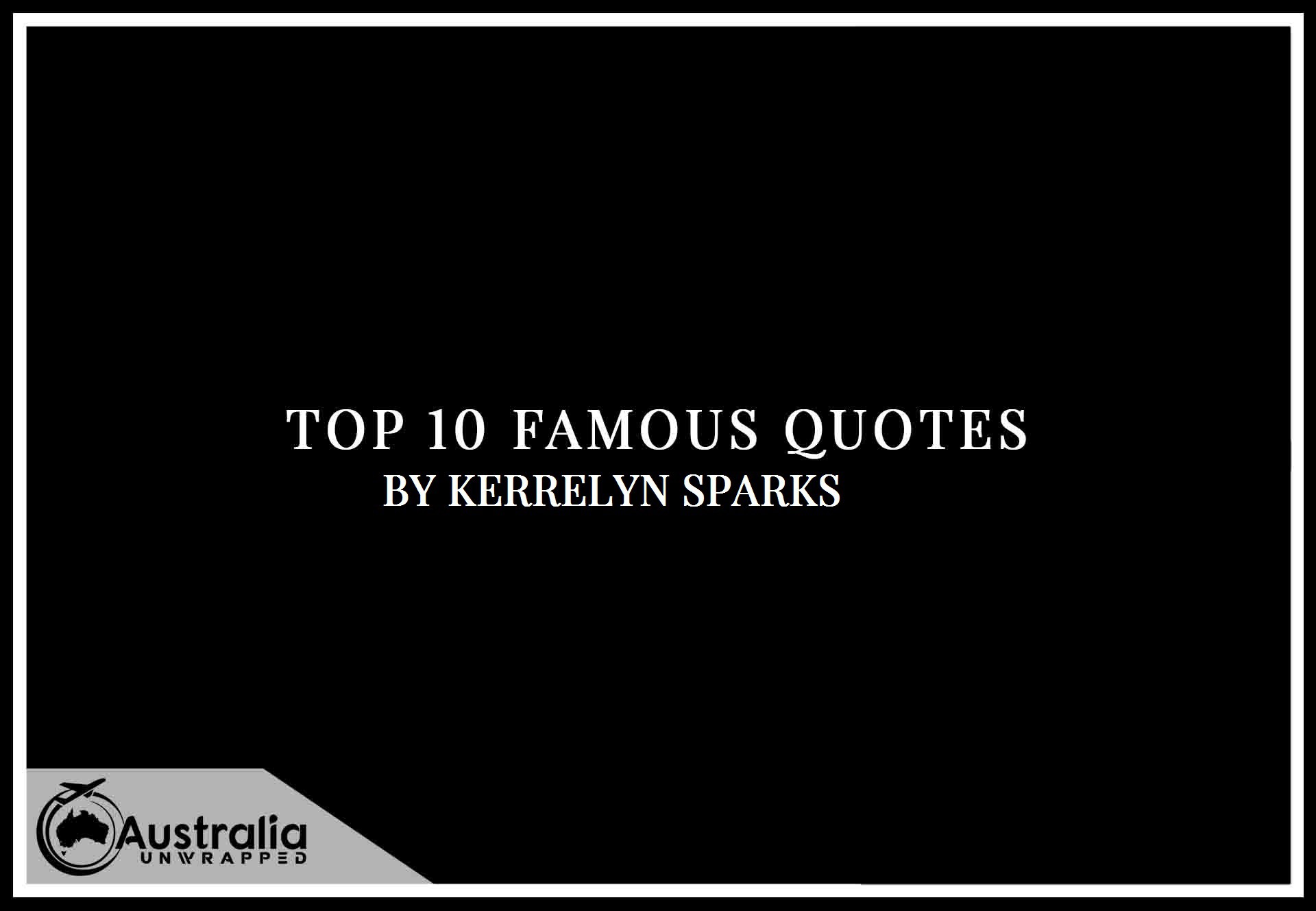 Quotes, who doesn’t love a good quote? This series of articles we look at Top 10 Famous Quotes by Author Kerrelyn Sparks, author quotes are always a challenge and fun to pick, with Kerrelyn Sparks you will find my Ten favorites of Kerrelyn Sparks’s quotes.

Kerrelyn Sparks seems to have a problem with reality. Now that she has written more than a dozen books about vampires, she has gone off the deep end and ended up on another planet. But how exciting that she can share this magical new world with her readers! Although she is best known (so far) for her Love at Stake series, which reached number 5 on the New York Times list and number 22 on the USA Today list, she hopes her readers will also love The Embraced.

More from the Author: https://amzn.to/3oWfhUq

“. “Love doesn’t please itself by seeking revenge. Love sacrifices itself for the good of others.”
― Kerrelyn Sparks, Be Still My Vampire Heart

“I’ll talk to him before I go,” Carlos grumbled.
“And what about the girls?” Toni asked. “They need you, Carlos.”
“They need a mother!” Carlos yelled. “And I need a mate.”
Caitlyn gasped. Hes was looking for a mate? What kind of mate? His gaze shifted towards her, and his eyes glittered with a hard, angry look.
“You–what?” Toni stepped back, apparently stunned.
“You heard me,” Carlos growled.
“Ye want to get married?” the Scotsman asked.
“Don’t look so shocked, Ian. Didn’t want you want to get married?”
“Aye, but–“
“You can’t get married,” Toni declared. “You’re gay.”
Caitlyn snorted. Were they crazy?
Carlos glared at her in the shadows, then shifted his gaze to Toni. “I never said I was gay.”
“Of course you’re gay,” she insisted. “I saw you dance the samba in a hot pink sequined thong.”
Carlos shrugged. “So? You said I was very sexy. You were practically drooling.”
Ian stiffened. “When was this?”
“Before I met you,” Toni muttered.”
― Kerrelyn Sparks, Eat Prey Love

“Look, Laszlo. I’ll have the dentist with me, and I don’t want to alarm her any more than necessary. So take Vanna out of the backseat and stick her in the trunk.”

Shanna halted. Her mouth dropped open. Her throat seized up, making it hard to breathe.

I don’t care how much crap you have in the trunk. We’re not driving around with a naked body in the car.”

Oh no! She gasped for air. He was a hit man.”
― Kerrelyn Sparks, How to Marry a Millionaire Vampire

“one of my favorites:

Robby gave her a skeptical look. “Ye’re an angel of death. No offense, but I would call that a wee bit of harm.”

“We’re called Deliverers, actually. And we’re not supposed to take someone before their time.”

“How does that work?” Gregori lifted his camera, focusing on her. “I mean do you just go down a line, saying, ‘Eenie meenie mynie moe, sorry, dude you gotta go’?”
― Kerrelyn Sparks, Vampire Mine

“I don’t want to hurt anyone” Laszlo fiddled with a button on his tux jacket. “Can’t we convince the CIA that some of us are peaceful?”

“we’ll have to try” Angus folded his arms across his broad chest. “And if they doona believe we’re peaceful, then we’ll have to kill the bastards.”

Roman frowned, somehow their Highlander logic escaped him.”
― Kerrelyn Sparks, How to Marry a Millionaire Vampire

“Gregori jolted back. “Snap! You couldn’t control one measly mortal?”
Roman clenched his fists. “No.”
Gregori slapped a hand against his brow. “Snap!”
“Why the hell are you snapping? Are you a turtle?” It was times like this that firing Gregori
seemed to be the wise choice.”
― Kerrelyn Sparks, How to Marry a Millionaire Vampire

“Gregori strutted toward the door. “I’m too sexy for my cape, too sexy for my fangs. Too sexy.” He whirled in a circle, then struck a disco pose with a hand pointing at the ceiling. “Too sexy!” He left with a flourish of his cape.”
― Kerrelyn Sparks, How to Marry a Millionaire Vampire

“You know how to shoot?”- Emma

“Yes. My dad taught me everything about gun safety. He was an expert.” – Heather

“What happened to him?” -Shanna

“He was…shot.” -Heather”
― Kerrelyn Sparks, The Undead Next Door

“She stumbled back a step. “Carlos was the…?”
“Panther, aye.”
“He’s a cat?” And her boss was a dog. She shook her head. Was her next door neighbor a goldfish?”
― Kerrelyn Sparks, The Vampire and the Virgin

“Merda! Her lace panties had snagged on his ring, the signet ring he’d inherited from his father, Giacomo Casanova. His father had seduced hundred of women without any problems whatsoever, and he was having trouble with just one. This was the real reason he never used the Casanova name. He could never live up to his father’s reputation. The old man was probably laughing in his grave.

Hell?” Lara asked. “I thought I was the Holy Land.”

You’re paradise. Unfortunately, I am stuck there.”

Normally, I would love being stuck to your lovely bum, but it would look odd if we go sightseeing with my hand under your skirt. Especially in the basilica.”

She glanced down. “How can you be stuck?”

My ring. It’s caught in the lace. See?” He moved his hand down her hip, dragging her undies down a few inches.

Okay, stop.” She bit her lip, frowning, then suddenly giggled. “I can’t believe this has happened.”

I assure you, as much as I had hoped to get your clothes off, this was not part of my original plan.”

She snorted. “No problem. Just rip yourself loose.”

Are you sure?” It will destroy you undies.”

She narrowed her eyes with a seductuve look. “Rip it.”

Very well.” He jerked his hand away, but the panties came with him. He yanked his hand back and forth, but the lacy, latex material simply stretched with him. “Santo cielo, they are indestructible.”

He continued to wage battle, but to no avail. “They could use this material to build spaceships.”

More from the Author: https://amzn.to/3oWfhUq