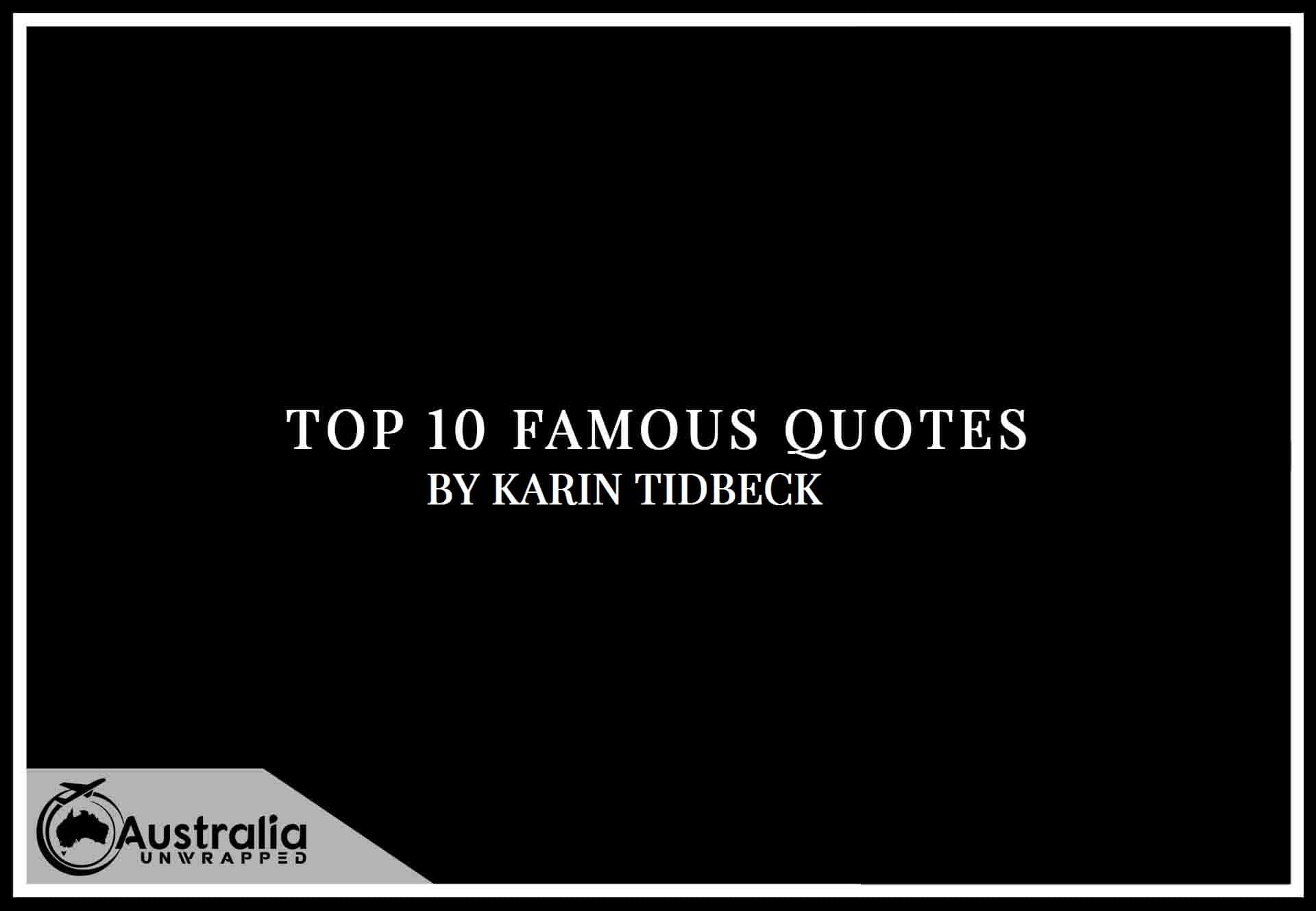 Love reading? Then it’s likely you will love a good quote from your favourite author. This article covers Karin Tidbeck’s Top 10 Popular and Famous Quotes that we at Australia Unwrapped have collected from some of his greatest works. Karin Tidbeck quotes to remember and here you will find 10 of the best. A memorable quote can stay with you and can be used along your journey. Choosing Karin Tidbeck’s top 10 quotes is not easy, but here they are:

“To the goats, all people are equal, except for those who have treats.”
― Karin Tidbeck, Sing

“Mostly because I’ve realized what a lame teenager I was. I was always home at the stroke of midnight; I didn’t like drinking mash; I didn’t have sex. I read books and had an inferiority complex because I was afraid to do all that other stuff. I don’t know anything about being a badass punk rocker.”
― Karin Tidbeck

“In some places, time is a weak and occasional phenomenon. Unless someone claims time to pass, it might not, or does so only partly; events curl in on themselves to form spirals and circles.”
― Karin Tidbeck, Jagannath

“Time was an abhorrent thing, a human thing. It didn’t belong here. It was that power which made flesh rot and dreams wither.”
― Karin Tidbeck, Jagannath

“I have to know… What is the nature of the world?” The djinneya smiled with both rows of teeth. “Which one?”
― Karin Tidbeck, Jagannath

“I made you so that I could love you,” I said.”
― Karin Tidbeck, Jagannath

“People who hurt others are the ones with the best imagination,” Rebecka said.”
― Karin Tidbeck, Jagannath

“There are eight worlds, the first one said. They lie side by side, in degrees of perfection. This world is the most perfect one. Below these lines, written in a different ink, was: There is one single world, divided into three levels which are partitioned off from each other by greased membranes. Then in red ink: There are two worlds and they overlap. The first is the land of Day, which belongs to the humans. The second is the land of Twilight, which belongs to the free folk, and of which the woods is a little backwater part. Both lands must obey Time, but the Twilight is ruled by the Heart, whereas the Day is ruled by Thought. At the bottom of the page, large block letters proclaimed: ALL OF THIS IS TRUE.”