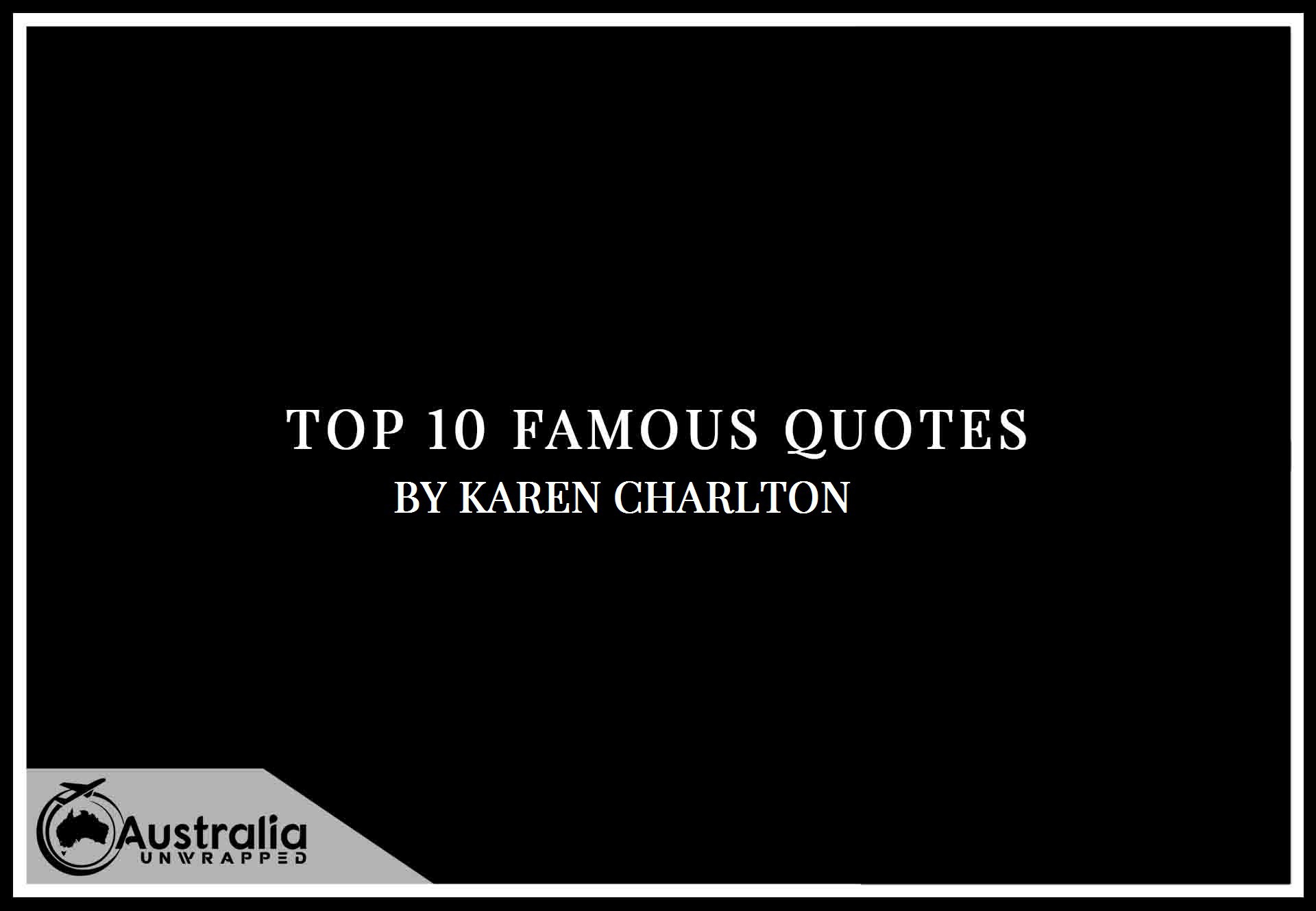 Love reading? Then it’s likely you will love a good quote from your favourite author. This article covers Karen Charlton’s Top 10 Popular and Famous Quotes that we at Australia Unwrapped have collected from some of his greatest works. Karen Charlton quotes to remember and here you will find 10 of the best. A memorable quote can stay with you and can be used along your journey. Choosing Karen Charlton’s top 10 quotes is not easy, but here they are:

“The carriages swayed as the passengers clambered out. Blinking against the strong sunlight, many wrinkled their noses in disgust against the rank smell of the nearby gaol, which mingled with the stink of blood and offal wafting on the breeze from Smithfield meat market.”
― Karen Charlton, Murder in Park Lane

“The ancient woodland became darker and denser as they followed the overgrown path that snaked beside the stream. Gnarled fingers of skeletal trees creaked overhead, and their moss-covered trunks fought against the steep incline of the gorge.”
― Karen Charlton, The Heiress of Linn Hagh

“Brightly lit inside, the mullioned windows glowed attractively against the stuccoed walls of the timber-framed tavern, casting pools of warm yellow light onto the gleaming cobbles of the yard.”
― Karen Charlton, The Sculthorpe Murder

“smell was the first thing to be assaulted by the stuffy death chamber. Stale alcohol mingled with male body odour and the ferrous tinge of congealing blood.”
― Karen Charlton, Murder in Park Lane

“women were the more curious of the two sexes. They were never happy until they had determined someone’s pedigree and ‘placed’ that person in society.”
― Karen Charlton, The Heiress of Linn Hagh

“Woods paused for a moment and wondered why cheerful young children like this lad and his Eddie turned into such surly brutes when they got older.”
― Karen Charlton, Plague Pits & River Bones

“Have you got indigestion again?’ Woods’ voice cut through his daydream. ‘No.’ ‘Well, you’ve got a funny look on your face. Come on.”
― Karen Charlton, Murder in Park Lane

“We’ve got to eliminate all other possible explanations”
― Karen Charlton, The Heiress of Linn Hagh

“I was fascinated to learn that the real-life Stephen Lavender, on whom my fictional hero is based, was involved in the aftermath of the shocking murder. He, along with fellow Principal Officers John Vickery and Harry Adkins, gathered the evidence required to convict Bellingham. The connection Vickery made between the pistol ball used to kill Bellingham and the small machine used to make it which he found in Bellingham’s lodgings, is often cited as the first example in a UK courtroom of ballistic forensic analysis”