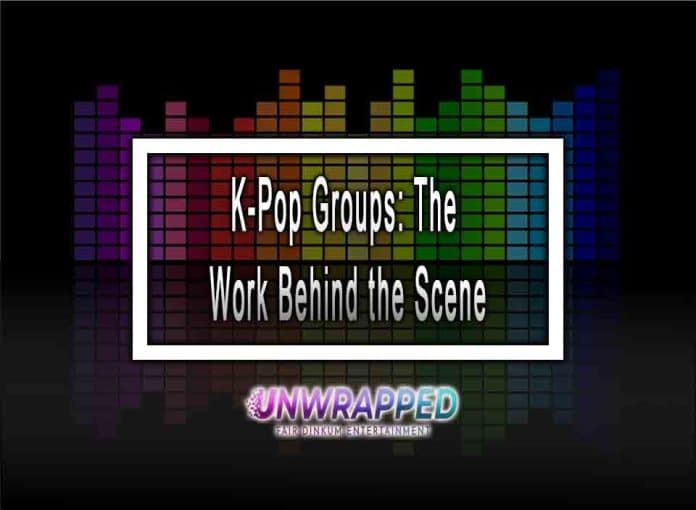 K-pop is the term for pop music from South Korea. K-pop got influenced by genres and styles from all over the globe, such as hip hop, country classical, electronic dance, R&B, Folk, jazz, rock, folk, and traditional Korean music roots. The latest and most modern form of the genre came from one of the early K-pop Groups, the Seo Taiji and Boys, in 1992. They experimented with various styles, music genres, and the combination of elements of foreign music that reshaped and made modern the contemporary music scene of South Korea.

Modern Korean pop, otherwise known as the idol culture, started with the boy band H.O.T. which began in 1996, and since then, K-pop has developed into a subculture and amassed a massive fan base of teenagers and adults. Because of this significant following and fan base, a new generation of K-op idols spread K-pop worldwide. Because of online social networking services and Korean T.V. shows, the current global spread of K-pop and Korean entertainment has been on the rise.

K-pop groups are busy and fast-paced.

K-pop groups are outstanding music groups that are great at their work and perfect at their art. Many fans don’t understand that a lot has to be done not only by the star but also by other members who ensure that the group is as it is and that everything runs in good order. K-pop groups are typically four to 12 members with differing positions. The main functions are the leader, vocalist, and rapper, but additional roles include the most attractive member of the group and the youngest member of the group. There is more work behind the scenes than you may imagine for this group to work in good coordination and utmost perfection.

Many factors bring out incredible K-pop performances, from make-up to preparation, training, and rehearsing to management, directors, and dressing rooms. The world of K-Pop is a fast-paced one, with new groups forming every year. So how do they stay on top of their game?

Well, it all starts with the trainees. These young people sign up for training in a group or agency run by a famous promoter and manager. The trainees receive many opportunities to grow better musically, vocally, and physically. They also learn how to dance, perform for an audience, and be charismatic. If they make it through this long training process, they will become part of a group and start performing at concerts and festivals.

K-pop is all about hard work.

K-pop groups are not just born. These groups come after years of training, hard work, and determination. Many people think that it’s all about the looks or the singing ability. But there’s so much more to becoming a K-pop idol than meets the eye.

Behind the scenes in K-Pop Groups are castings, training, long hours of preparation and rehearsing, and management and directors that ensure that every detail is perfect for their audience.

The castings for K-Pop companies are very selective, which means that only a handful of applicants can pass through. If you don’t have what it takes to be an idol, then better look for another career or do something else. Even if you pass through the audition stage, you will still need to undergo lengthy training sessions like singing lessons, dancing, and acting courses. People will closely monitor even your looks, so make sure to take care of your skin and body.

When you finally get accepted into an idol group, this is where the real work starts. You will be required to practice long hours daily to improve your skills and techniques in everything you do – from singing to dancing – you have to perfect everything, or otherwise, you won’t make it to the stage.

During making a new song, each member has a part to play. The members undergo several different processes, such as singing, dancing, and rapping. It can take several months for a new song to get completed.

When the producers have decided the song’s rhythm, the group members begin practicing their dance moves repeatedly. The choreography is often complicated, and it takes a lot of practice. During the dance training, they listen to the song many times to know it very well. They also receive help from their dance teachers and other staff on their team. When their preparation is complete, they film a music video and perform on stage in front of an audience.

K-pop bands must master languages for a better connection with their fans.

K-pop artists have to know various languages in line with their fan base. K-pop members need to master different languages to relate well and get closer to their fans. They’re not just there to sing and dance but also to represent their company. As artists, they need to be able to communicate with their audience and fans. It means that they need to be familiar with English and Japanese. It takes time to learn the language, which takes a lot of time.

Almost all the K-Pop groups have members who know how to speak English, while some can even talk to Japanese fluently. In addition, some are bilingual, which makes it easier for them to communicate with their fans. This type of communication creates a group popular in the Korean pop music scene.

In the end, famous K-pop groups hold so much influence.

K-pop is a South Korean music genre gaining popularity and has a good fan base worldwide. It is because of their stunning performances, elegant videos, and high-quality arrangements. K-pop gets performed in groups, and for perfect coordination and masterpiece performances, what happens behind the scenes matters greatly. Behind the scenes, they rehearse their music and perfect their roles, wear the necessary make-up, and dress appropriately, and it is here that the organizers, directors, and the rest of the crew guide the artists and what should get done.

Getting K-pop music where it is today has taken more than just dancing and singing but so much commitment by the artists and their support crew and all that happens behind the scenes.

Stay Connected
46,458FansLike
5,663FollowersFollow
840FollowersFollow
Previous article25 Facts About BTS That Only True Fans Will Know
Next articleBTS: The No. 1 Hottest Korean Boy Band In The World