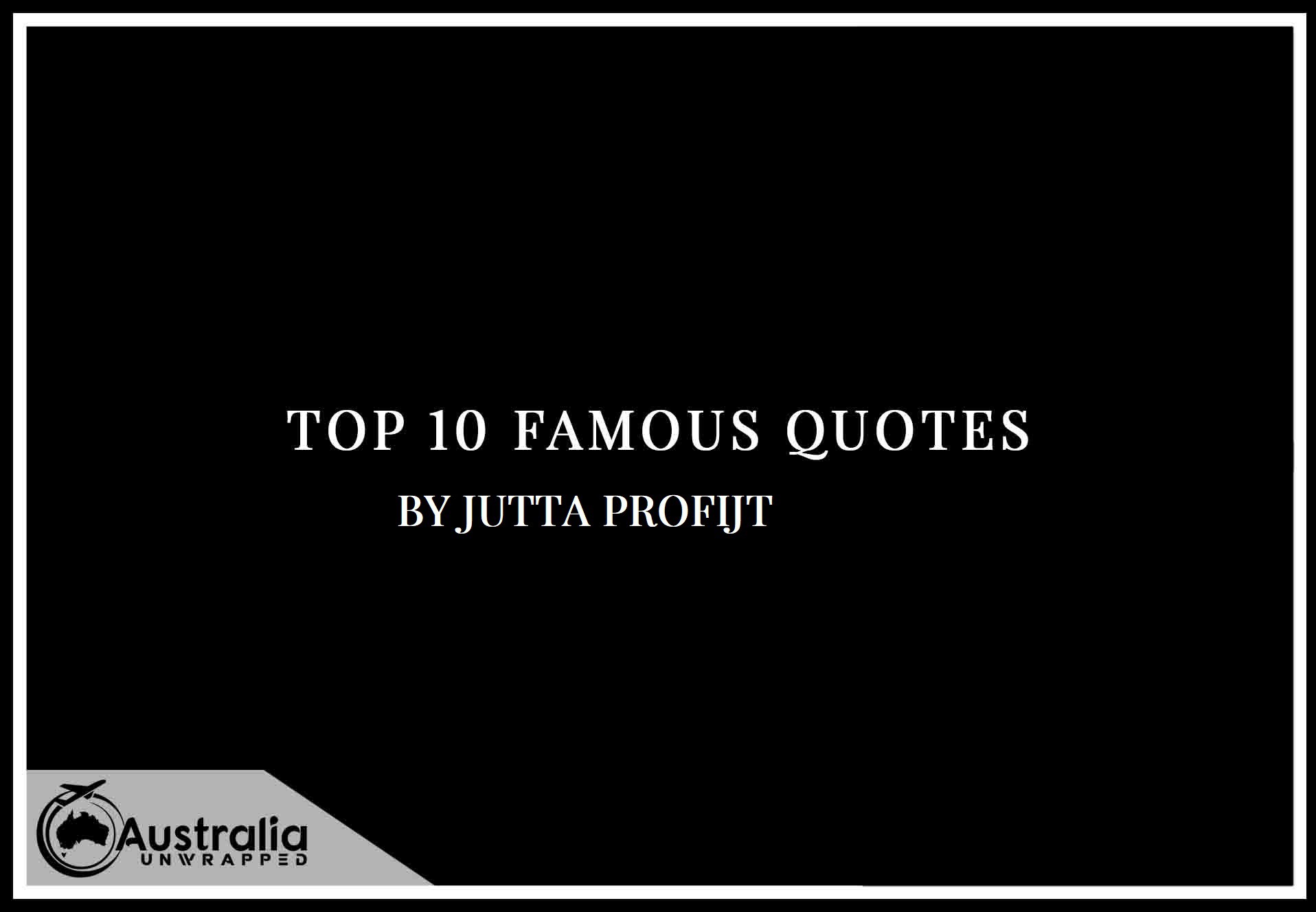 Quotes, who doesn’t love a good quote? This series of articles we look at Top 10 Famous Quotes by Author Jutta Profijt, author quotes are always a challenge and fun to pick, with Jutta Profijt you will find my Ten favorites of Jutta Profijt’s quotes.

Jutta Profijt was born in Ratingen, Germany, in 1967. After finishing school, she worked as an au pair, an importer/exporter, a coach to executives and students, and a business English instructor abroad. She published her first novel in 2003 and now works as a freelance writer and translator. Her first novel, Morgue Drawer Four, featuring coroner Martin Gänsewein, was shortlisted for the 2010 Friedrich Glauser Prize.

More from the Author: https://amzn.to/3udVjYj

“The most popular game is Cholesterol Canasta, where the plague patients, vivisection victims, and ambulant biohazard bags try to one-up each other with their hellish blood panels and urine tests. For a long time, the undisputed winner was a two-hundred-and-fifty-kilo diabetic with renal insufficiency, fatty liver disease, and food poisoning. The only infection he didn’t have was HIV..”
― Jutta Profijt, Morgue Drawer Next Door

“I think museums are dead boring. I don’t like most of the pictures on their walls. With modern pieces you never know if it’s a sandwich on the floor half-eaten by some animals, a forgotten hors d’oeuvre — or Art Some great artist paints shit pictures that I could’ve surpassed in nursery school and then hangs them upside down on the wall. I mean, what about that involves Art?”
― Jutta Profijt, Kühlfach zu vermieten

“If we could manage to reduce hostile societal attitudes toward sex workers even more so they can publicly stand up for their interests just like the huge steelworkers’ union, then we will have taken a giant step forward toward the safety and self-determination of women.”
― Jutta Profijt, Morgue Drawer Next Door

“Marlene’s praise went down like a cold beer after a greasy burger.

She could sense this. “You’re not at all as bad as you pretend,” she said.

Careful… Now she was talking crap, that much was clear. I needed to change the topic.”
― Jutta Profijt, Morgue Drawer Next Door

“And he was murdered?”…
“Stabbed”…
“And this has something to do with the strange drugs?”
…Personally, I’d never heard of a package insert that listed “fatal stabbing injuries” under a drug’s side effects.”
― Jutta Profijt, Kühlfach zu vermieten

“…definitely dramadies [are out], too. To me, if the writer can’t make up his mind if he’s doing drama or comedy, then he should switch to making paper airplanes until he know what he wants.”
― Jutta Profijt, Kühlfach zu vermieten

“It was time for her to finally get that all of that sanctimonious drivel is just the opiate of the masses. Ha, even I was educated enough to know that quote. From Gandhi.”
― Jutta Profijt, Morgue Drawer Next Door

“The Renault Kangoo van was wedged between the narrow piers under the bridge like a boil in a butt crack, but the driver’s seat was empty.”
― Jutta Profijt, Morgue Drawer: Do Not Enter!

“They’re so dumb they put a DO NOT DISTURB sign on top of their phones during their lunch breaks and wonder why the phone still rings.”
― Jutta Profijt, Morgue Drawer Four

“I’ve never understood women’s response to temperature. The second you’re nice and warm under the covers, they slide their ice-cold feet over onto your calves, and presumably after holding an ice cube for the five hours before bedtime they lay their hands on your stomach. But if you then even remotely flinch, they start griping that men just cannot cuddle. Newsflash: men can cuddle. They even want to. Just not with ice cubes.”

More from the Author: https://amzn.to/3udVjYj