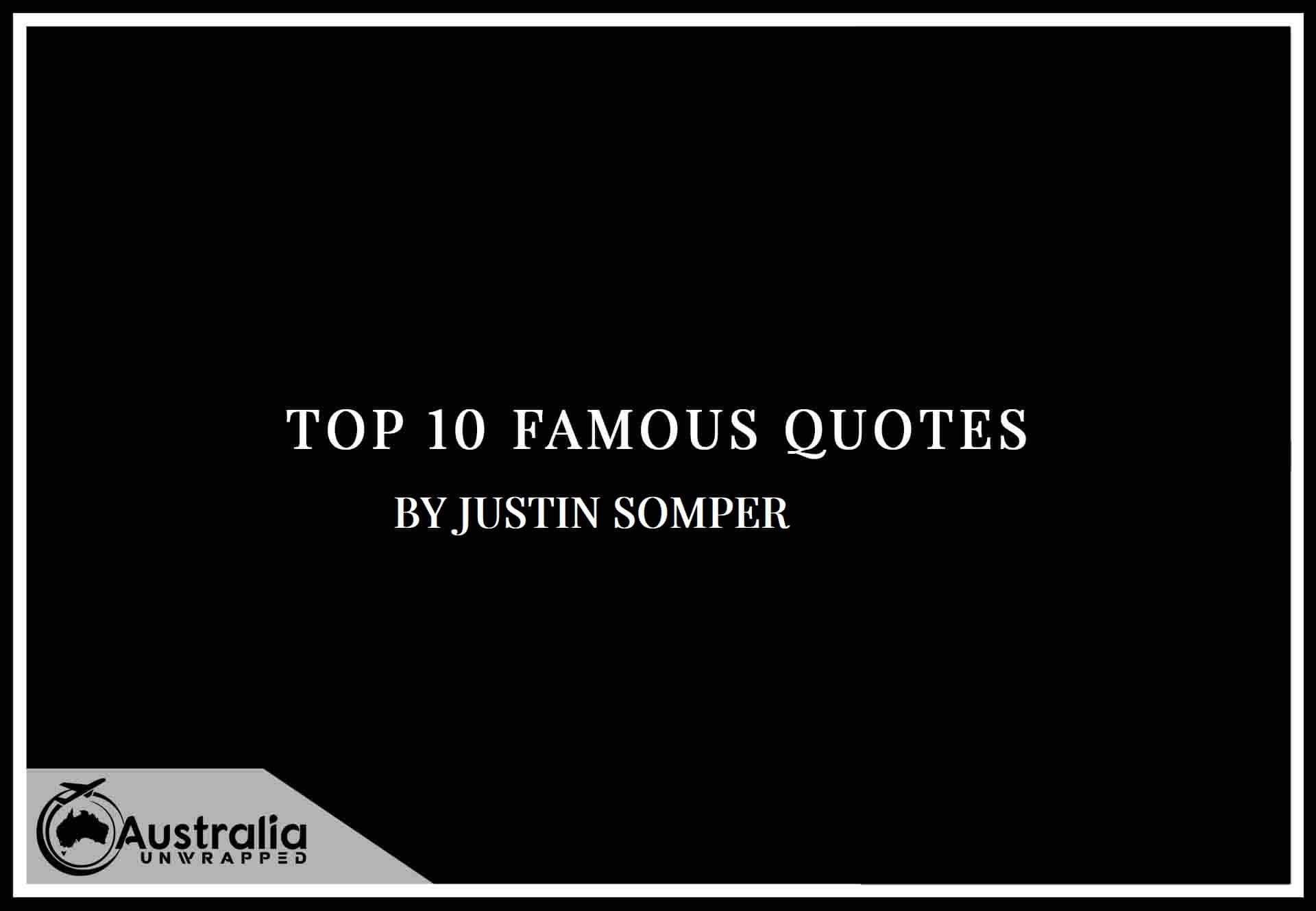 Quotes, who doesn’t love a good quote? This series of articles we look at Top 10 Famous Quotes by Author Justin Somper, author quotes are always a challenge and fun to pick, with Justin Somper you will find my Ten favorites of Justin Somper’s quotes.

More from the Author: https://amzn.to/3a0MSJ2

…and they never lay a hand on thee”
― Justin Somper, Demons of the Ocean

“Stuckley drew back his sword with evident satisfaction. “She really is your Achilles’ heel, isn’t she Furey?”
“No.” Lorcan said, preparing his own attack. “Not my Achilles’ heel.The love of my life. And I’ll do whatever it takes to protect her.”
― Justin Somper, Immortal War

“So how do you make your exit?” she asked. “In a puff of smoke? Or do you just vaporize?”
He grinned at her. “Much as I hate to be a crushing disappointment to you, I reckon I’ll just take the door.”
― Justin Somper, Black Heart

“Maybe home isn’t a place. Maybe it’s a feeling you have inside of you, being around the people who matter to you”
― Justin Somper, Black Heart

“Well Connor thought ruefully At least now I know who to thank for my anger issues.”
― Justin Somper, Black Heart

“You can’t condemn a whole group of people because of the actions of a few.”
― Justin Somper, Blood Captain

“We’re so determined to help those we love that we lose all perspective”
― Justin Somper, Blood Captain

“However bad your life appears, things could be far, far worse”
― Justin Somper, Demons of the Ocean

“Look,” Grace said. “How strange! In spite of the rain, you can still see the stars. How bright they are tonight.” She pointed, but Lorcan didn’t look. His eyes remained fixed intently on her.
“I can’t think of a finer sight in the whole world than the one I’m looking at right now,” he said.
In spite of being drenched, Grace flushed at his words.
Lorcan’s eyes sparkled at her, brighter than ever before.
It was as if the rare blue gems of his iriseshad been washed by the rain amd buffed by the moonlight to a new intensity. “Grace, there’s been something I’ve wanted to do for a very long time now, but things have kept getting in the way.” He reached forward, bringing a hand to the side of her face. Then he gently but firmly drew her wet face toward his. He gazed at her, as if seeing her for the first time. Then he brought his soft lips down to hers and kissed her.”

More from the Author: https://amzn.to/3a0MSJ2