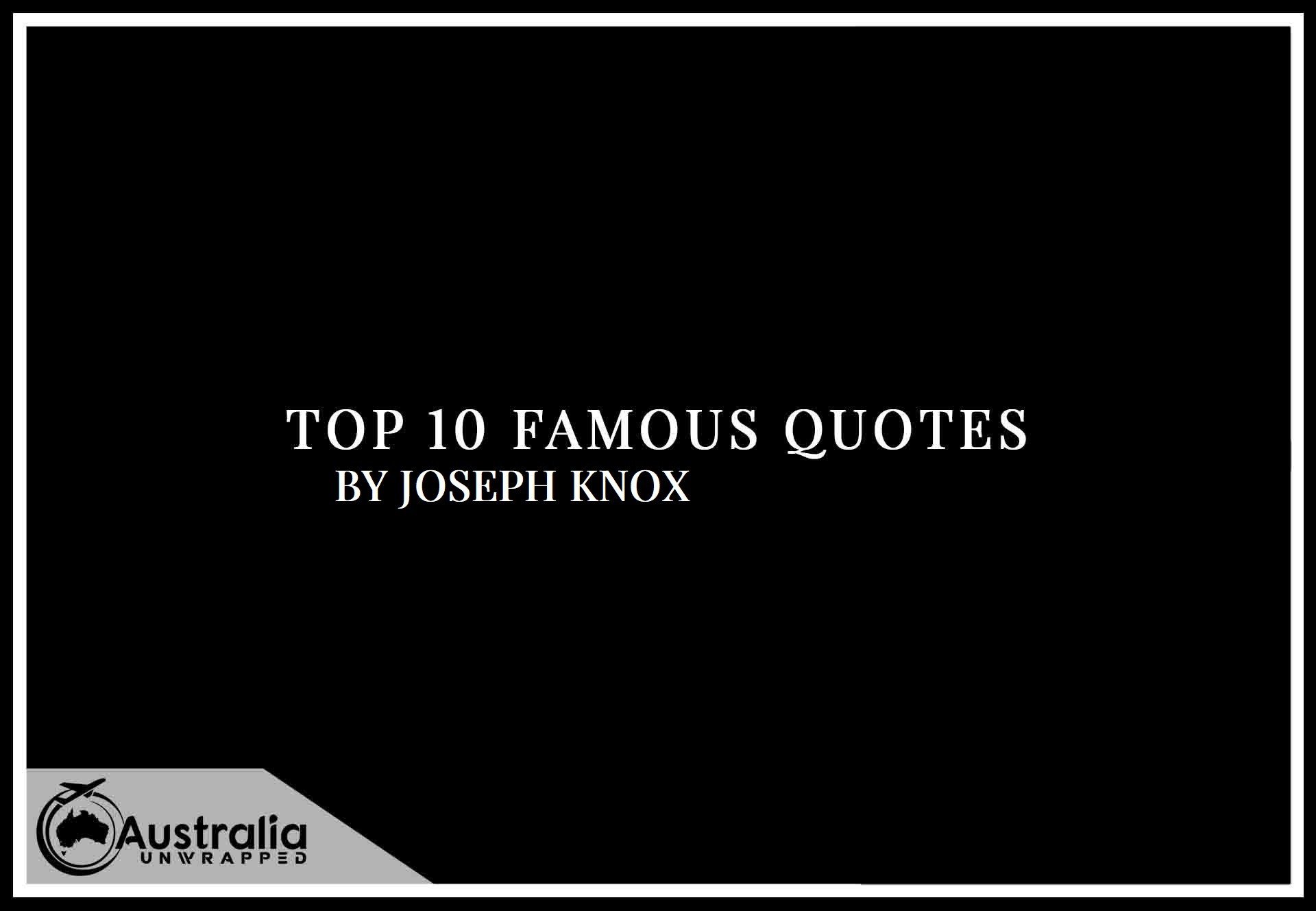 Quotes, who doesn’t love a good quote? This series of articles we look at Top 10 Famous Quotes by Author Joseph Knox, author quotes are always a challenge and fun to pick, with Joseph Knox you will find my Ten favorites of Joseph Knox’s quotes.

Joseph Knox grew up in and around Stoke-on-Trent and Manchester, where he worked in bars and bookshops before moving to London. Compulsively, he runs, writes, and reads.

His debut novel, Sirens, became a bestseller in the Sunday Times, and his work has been translated into 18 languages.

His third novel, The Sleepwalker, was released in July.

More from the Author: https://amzn.to/3nsIeXl

“the queen is dead.”
― Joseph Knox, The Smiling Man

“Organized, optimistic people, taking trips. Reluctant, frazzled travellers, following work or family on to the next place. Stiff-limbed rough sleepers trying to look respectable enough to use the toilets, where they’d wash up as much as possible before being moved along. The endless ebb and flow of a major city. And unmistakable in the throng, all of the lovers running away.”
― Joseph Knox, The Smiling Man

“The pavements were blocks of ice under my feet, and I could feel the cold through the soles of my shoes. I thought about the past … The terrifying blackouts of my youth. I thought about never seeing my sister again. I thought about [girl]. First scared, then alone, then dead.”
― Joseph Knox, Sirens

“I waited for my face to warp and alter in the glass but it didn’t change. It had finally settled on a look and, after months of doubt and confusion, I suddenly recognized myself so well. I was my father’s son. The violent man I thought I was pretending to be.”
― Joseph Knox, The Smiling Man

“There should be a word for it. That phantom limb, reaching out from your chest, towards things you’ll never have.”
― Joseph knox, Sirens

“There was a dull-green sheet drawn over a body and an ageless, pale man standing beside it.”
― Joseph Knox, The Smiling Man

“a security uniform, crumpled on the floor, like he’d evaporated while wearing it.”
― Joseph Knox, The Smiling Man

“Even dealers need to put their kids to bed at night.”
― Joseph Knox, The Smiling Man

“I watched [her] from the window, my hand pressing hard into the glass. There should be a word for it. That phantom limb, reaching out from your chest, towards things you’ll never have. She crossed the road with wide, lovely strides, and I always wonder what she went on to. The last shred of sunlight caught her hair when she turned the corner, like the start of one thing and the end of another. The dusk itself. I never saw her again.”

More from the Author: https://amzn.to/3nsIeXl