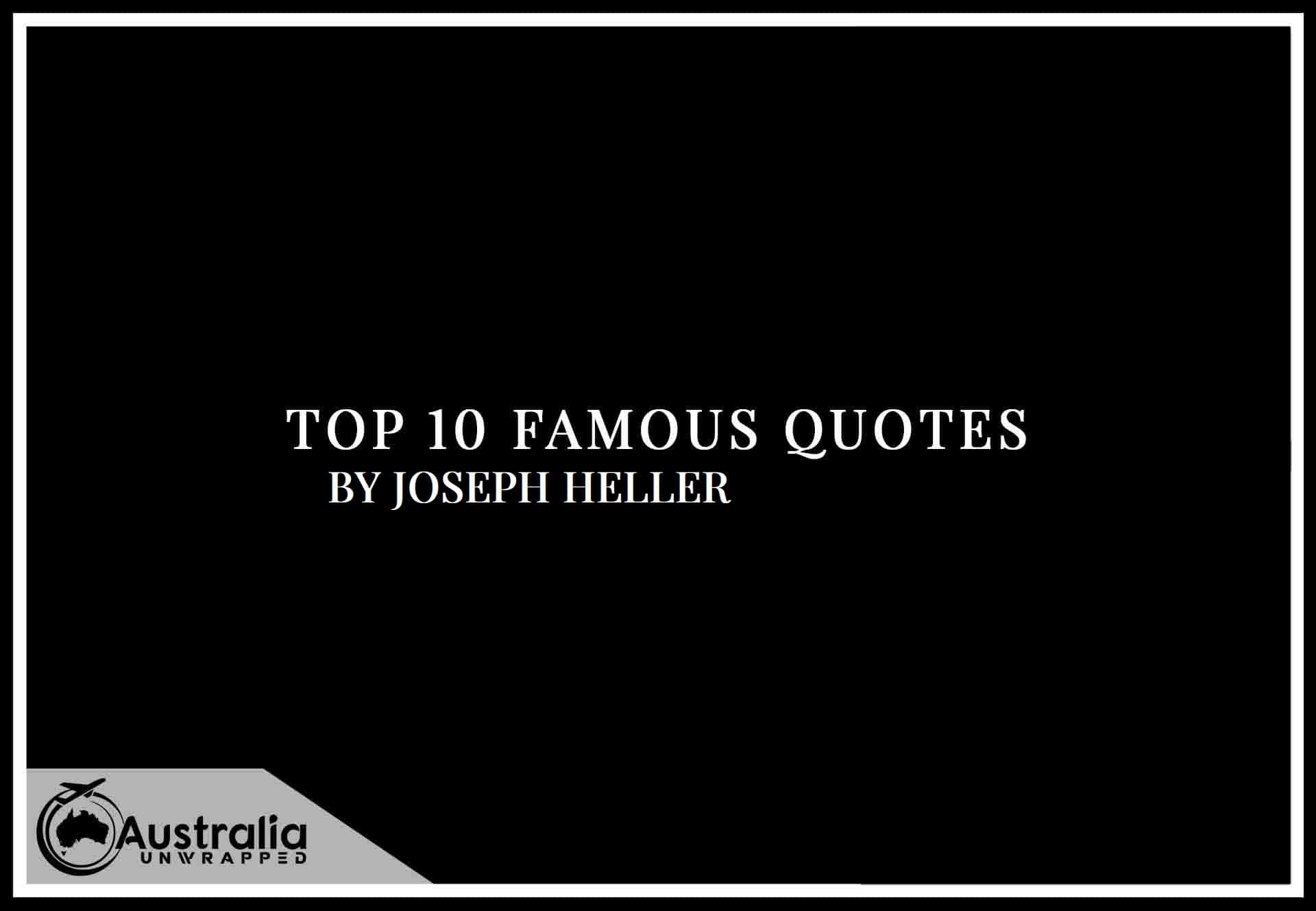 Quotes, who doesn’t love a good quote? This series of articles we look at Top 10 Famous Quotes by Author Joseph Heller, author quotes are always a challenge and fun to pick, with Joseph Heller you will find my Ten favorites of Joseph Heller’s quotes.

Joseph Heller was born in Russia to poor Jewish parents. Even as a child, he loved to write; at eleven, he wrote an account of the Russian invasion of Finland. He sent it to the New York Daily News, but it was rejected. Heller worked as a blacksmith’s apprentice, a messenger boy, and a filing clerk after graduating from Abraham Lincoln High School in 1941. In 1942, at age 19, he joined the U.S. Army Air Corps. In Italy, he flew 60 combat missions as a B-25 bombardier over the next two years. As Heller later recalled, the war was “fun in the beginning…you got the feeling that there was something glorious about it.” After returning home, he felt like a hero “people think it quite remarkable that I was in combat in an airplane and flew sixty missions even though they think I mostly flew milk runs.”

More from the Author: https://amzn.to/3nsDpNV

“[They] agreed that it was neither possible nor necessary to educate people who never questioned anything.”
― Joseph Heller, Catch-22

“Some men are born mediocre, some men achieve mediocrity, and some men have mediocrity thrust upon them.”
― Joseph Heller

“The enemy is anybody who’s going to get you killed, no matter which side he is on.”
― Joseph Heller, Catch-22

“It doesn’t make a damned bit of difference who wins the war to someone who’s dead.”
― joseph heller, Catch-22

“He knew everything there was to know about literature, except how to enjoy it”
― Joseph Heller, Catch-22

“Just because you’re paranoid doesn’t mean they aren’t after you.”
― Joseph Heller, Catch-22

“…[A]nything worth dying for … is certainly worth living for.”
― Joseph Heller, Catch-22

“He was going to live forever, or die in the attempt.”
― Joseph Heller, Catch-22

“There was only one catch and that was Catch-22, which specified that a concern for one’s safety in the face of dangers that were real and immediate was the process of a rational mind. Orr was crazy and could be grounded. All he had to do was ask; and as soon as he did, he would no longer be crazy and would have to fly more missions. Orr would be crazy to fly more missions and sane if he didn’t, but if he was sane he had to fly them. If he flew them he was crazy and didn’t have to; but if he didn’t want to he was sane and had to. Yossarian was moved very deeply by the absolute simplicity of this clause of Catch-22 and let out a respectful whistle.

“It’s the best there is,” Doc Daneeka agreed.”

More from the Author: https://amzn.to/3nsDpNV