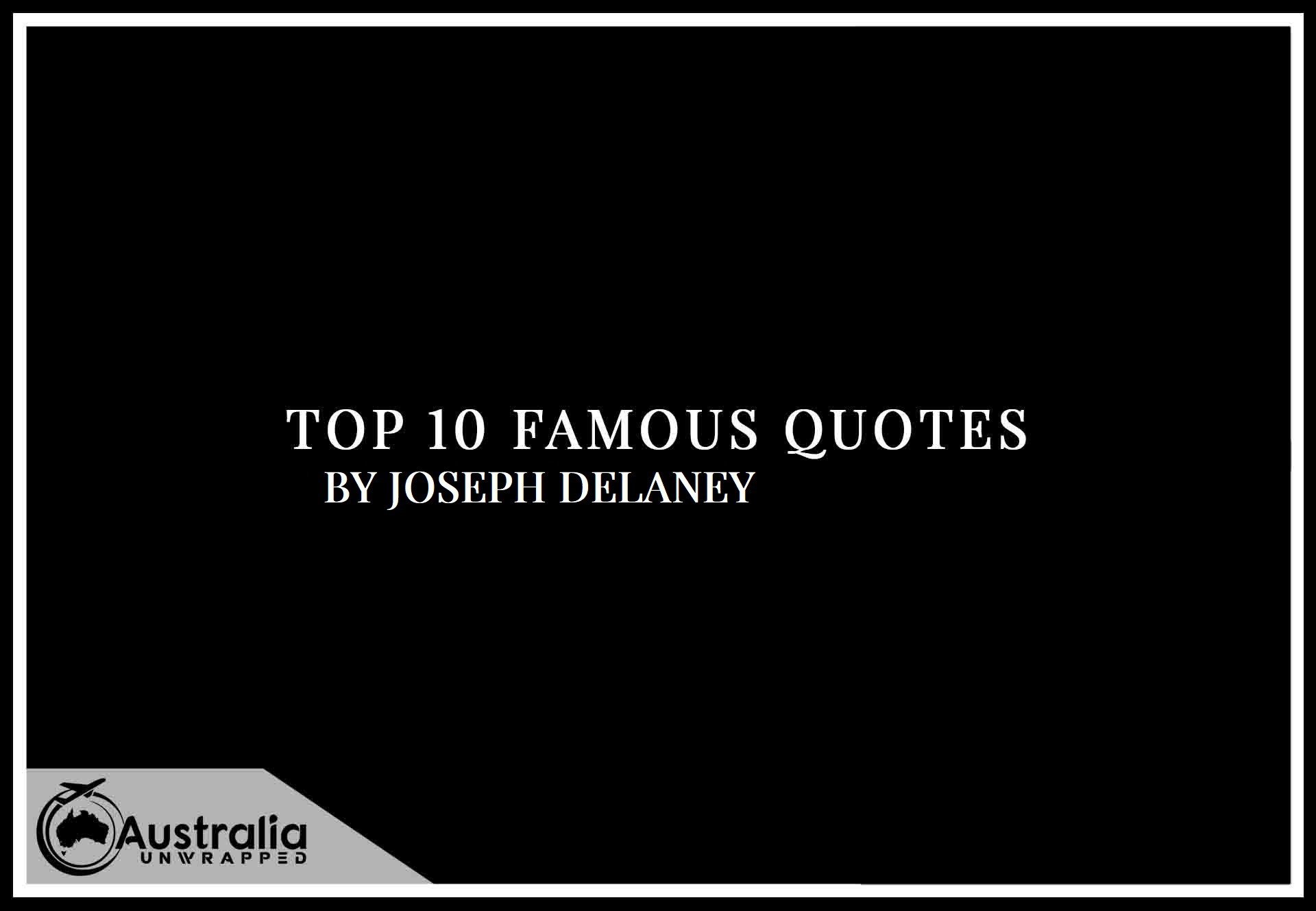 Quotes, who doesn’t love a good quote? This series of articles we look at Top 10 Famous Quotes by Author Joseph Delaney, author quotes are always a challenge and fun to pick, with Joseph Delaney you will find my Ten favorites of Joseph Delaney’s quotes.

Joseph Delaney lives in Lancashire, the heart of Boggart territory.
He is the author of Wardstone Chronicles, Starblade Chronicles, Arena 13, Aberrations, and a new book, Brother Wulf, was released in April 2020. A new spooks story featuring Tom and Alice introduces a new character, Brother Wulf, a young monk.

When he moved to the village where he lives now, he discovered there was a local boggart – ‘a man like me needs boggarts around’. When he was pressed for time, he wrote in his notebook about a man who hunted boggarts, and years later had to come up with a story at short notice, and developed this idea into ‘The Spook’s Apprentice’, the first book.

More from the Author: https://amzn.to/3a7jCAp

“Now it’s the dark’s turn to be afraid.”
― Joseph Delaney, Curse of the Bane

“Have faith in who you are. Believe that you will recover, and it will truly happen. And don’t judge yourself too harshly. Some things are meant to be, and you had to fall so that later you may rise and become what you are truly meant to be.”
― Joseph Delaney, Clash of the Demons

“Human beings have hope. Not matter how desperate things are, they convince themselves that they can change things for the better.”

“Why does it have to be like this?’ I asked bitterly. ‘Why does life have to be so short, with all the good things passing quickly. Is it worth living at all?”
― Joseph Delaney, Night of the Soul Stealer

“How can you be lonely? You’ve got yourself, haven’t you? If you ever lose yourself, then you’ll really be lonely…”
― Joseph Delaney, Revenge of the Witch

“You can’t just be reading books all the time and leave the writting of them to others.”
― Joseph Delaney, Night of the Soul Stealer

“He who never makes a mistake never makes anything. It’s part of learning the job.”
― Joseph Delaney, Revenge of the Witch

“Even a strong man can succumb to the wiles of a pretty girl with pointy shoes.”
― Joseph Delaney, Attack of the Fiend

“The first step towards knowledge is to accept your own ignorance.”
― Joseph Delaney, Curse of the Bane

“You never know just what you can do until you try.”
― Joseph Delaney, Revenge of the Witch

“And an unaware witch means a witch who doesn’t know she’s a witch, and because she’s a women that makes her double trouble. Never trust a women.”
My mothers a women,” I said, suddenly feeling a little angry, “and I trust her.”
Mothers are usually women,” said the Spook. “And mothers are usually quite trustworthy, as long as your their son. Otherwise look out!”

― Joseph Delaney, Revenge of the Witch

More from the Author: https://amzn.to/3a7jCAp