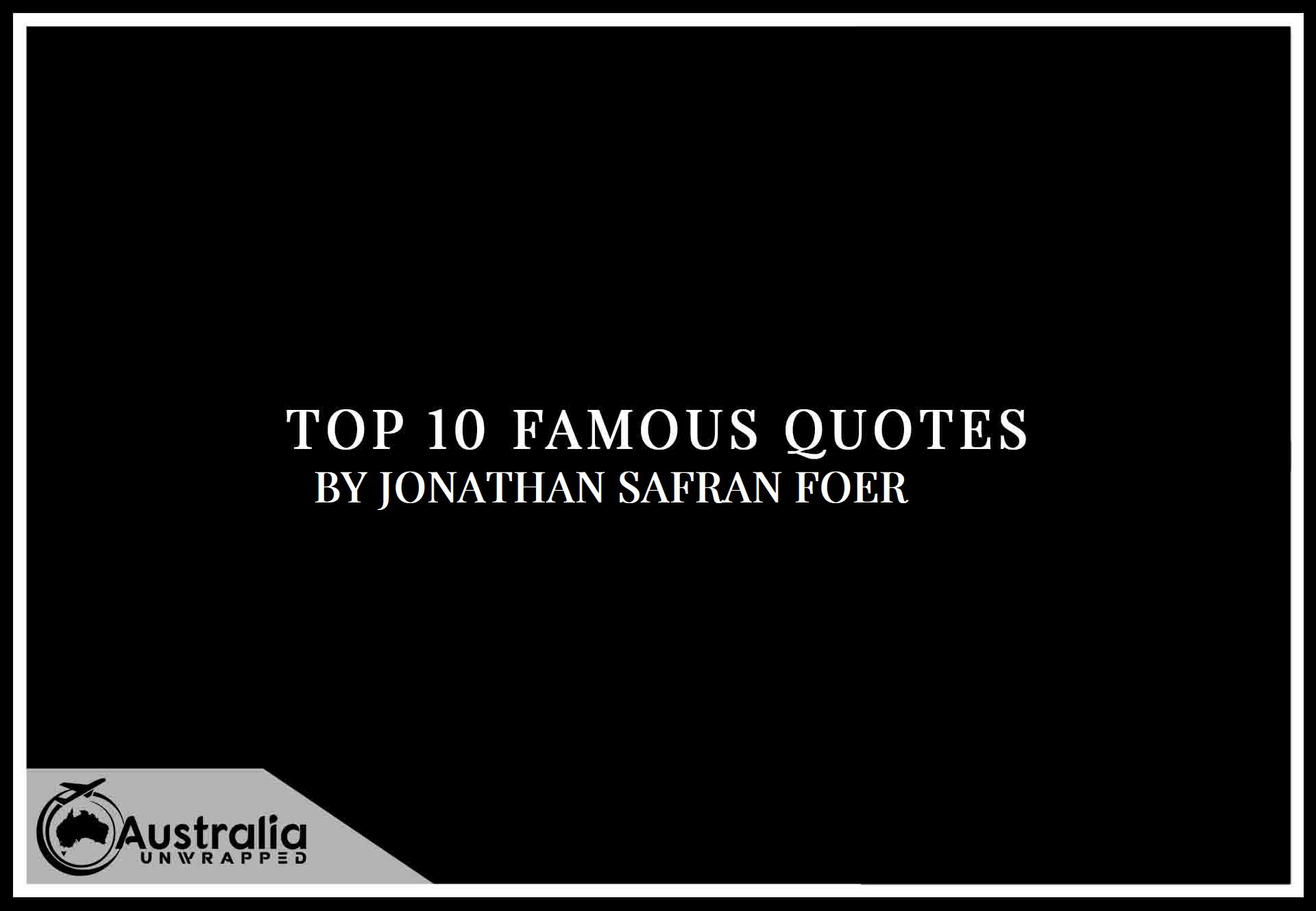 Foer’s bestseller Everything Is Illuminated was named Book of the Year by the Los Angeles Times and won numerous awards, including the Guardian First Book Prize, the National Jewish Book Award, and the New York Public Library Young Lions Prize. A Rolling Stone “People of the Year” and Esquire “Best and Brightest” pick, Foer has already sold foreign rights to his new novel to ten countries. A film version of Everything Is Illuminated, directed by Liev Schreiber and starring Elijah Wood, will be released in August 2005. A motion picture option for Extremely Loud and Incredibly Close has been signed by Scott Rudin Productions with Warner Brothers and Paramount Pictures. The author lives in Brooklyn, New York.

More from the Author: https://amzn.to/3yFkdTy

“I regret that it takes a life to learn how to live.”
― Jonathan Safran Foer, Extremely Loud and Incredibly Close

“Time was passing like a hand waving from a train I wanted to be on.
I hope you never have to think about anything as much as I think about you.”
― jonathan safran foer

“Why didn’t I learn to treat everything like it was the last time. My greatest regret was how much I believed in the future.”
― Jonathan Safran Foer, Extremely Loud and Incredibly Close

“I hope that one day you will have the experience of doing something you do not understand for someone you love.”
― Jonathan Safran Foer, Extremely Loud and Incredibly Close

“Why do beautiful songs make you sad?’ ‘Because they aren’t true.’ ‘Never?’ ‘Nothing is beautiful and true.”
― Jonathan Safran Foer, Extremely Loud and Incredibly Close

“Sometimes I can hear my bones straining under the weight of all the lives I’m not living.”
― Jonathan Safran Foer, Extremely Loud and Incredibly Close

“He awoke each morning with the desire to do right, to be a good and meaningful person, to be, as simple as it sounded and as impossible as it actually was, happy. And during the course of each day his heart would descend from his chest into his stomach. By early afternoon he was overcome by the feeling that nothing was right, or nothing was right for him, and by the desire to be alone. By evening he was fulfilled: alone in the magnitude of his grief, alone in his aimless guilt, alone even in his loneliness. I am not sad, he would repeat to himself over and over, I am not sad. As if he might one day convince himself. Or fool himself. Or convince others–the only thing worse than being sad is for others to know that you are sad. I am not sad. I am not sad. Because his life had unlimited potential for happiness, insofar as it was an empty white room. He would fall asleep with his heart at the foot of his bed, like some domesticated animal that was no part of him at all. And each morning he would wake with it again in the cupboard of his rib cage, having become a little heavier, a little weaker, but still pumping. And by the midafternoon he was again overcome with the desire to be somewhere else, someone else, someone else somewhere else. I am not sad.”

― Jonathan Safran Foer, Everything Is Illuminated

More from the Author: https://amzn.to/3yFkdTy