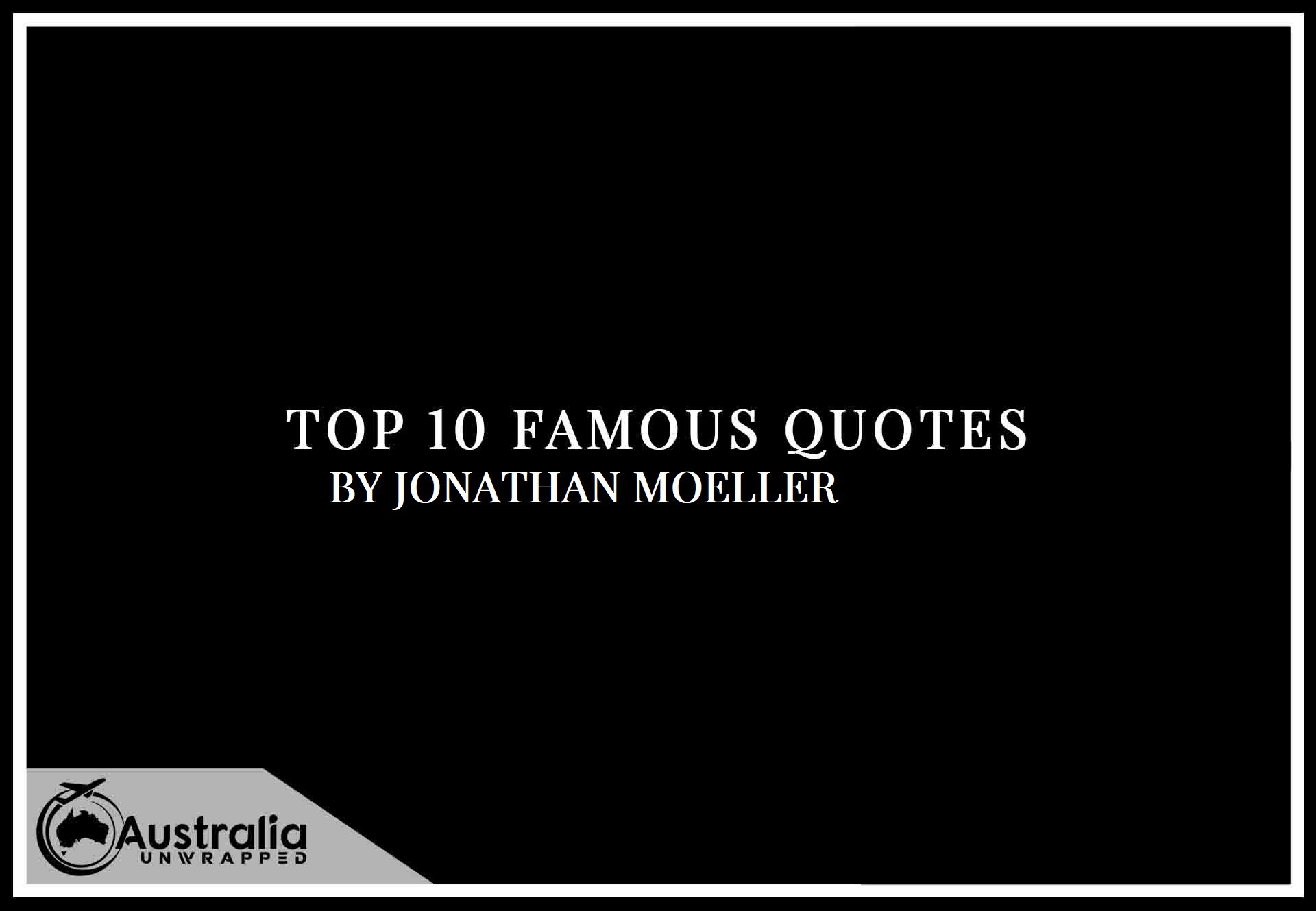 Quotes, who doesn’t love a good quote? This series of articles we look at Top 10 Famous Quotes by Author Jonathan Moeller, author quotes are always a challenge and fun to pick, with Jonathan Moeller you will find my Ten favorites of Jonathan Moeller’s quotes.

Jonathan Moeller, USA Today’s bestselling author, stands over six feet tall and looks like he’s a miniature Conan of Cimmeria with glaring blue eyes, bronze-colored hair, and a stern visage – none of which are particularly useful in his career as a computer repairman.

In addition to writing the DEMONSOULED series, he continues to write the GHOSTS sequence about the assassin and spy Caina Amalas, as well as the COMPUTER BEGINNER’S GUIDE books and many other works. Over one million copies of his books have been sold worldwide.

More from the Author: https://amzn.to/3nyFdon

“He could have had everything he wanted if he just reached out his hand and took it…but he could not. The warrior could never break the chains of fear in his mind.” She raised a withered hand and tapped the mummified skin of her forehead. “Do you see, Lord Ridmark? Chains of bronze and prisons of stone can be shattered. But a prison built within the mind itself can never be broken. Those who imprison themselves can never be freed.”
― Jonathan Moeller, Sevenfold Sword: Shadow

“Still, for all her skill and supernatural power, she was still mortal. She could be hurt or killed. If she was… Mazael shifted in his saddle, adjusting the weight of his armor. If she was, Mazael could envision a world without the Skuldari. And unlike most men, he had the power to make it happen. ”
― Jonathan Moeller, Mask of Dragons

“Are we not all shaped by our experiences? Are we not the sum of our memories? The sages of the dwarves say that just as the thousand blows of a hammer shape a blade, so to do the thousand experiences of a man shape him.”
― Jonathan Moeller, The Gray Knight

“that a knight is guided by chivalry, but his mind and his will are his weapons. His sword is merely the instrument of his will. Come, Brother Caius. Let us put our minds and wills to the test.”
― Jonathan Moeller, The Gray Knight

“The sages of the dwarves say that just as the thousand blows of a hammer shape a blade, so to do the thousand experiences of a man shape him.” Ridmark”
― Jonathan Moeller, Frostborn Omnibus One

“The key to victory is not to win the game. The key, my daughter, is to arrange the game so you are victorious no matter who wins.”
― Jonathan Moeller, Soul of Swords

“Among my kindred, it is said that the gods of the deep places created stone to house us, iron to serve us, and gold to feed us.”
― Jonathan Moeller, The Gray Knight

“Strength gives a man the right to do as he wishes.” “The philosophy of a bully and a thug,”
― Jonathan Moeller, Soul of Skulls

“He who fights monsters must take care,” said Mazael, “lest he become one.”
― Jonathan Moeller, Demonsouled Omnibus One

“Unlike Linux or Mac OS X, the Windows Command Prompt is not case sensitive, and does not distinguish between commands or filenames based up the case of the letters in the file name. To return to the previous example, the Command Prompt will interpret COPY, Copy, and copy as the same thing – every one of these will launch the copy command. In the same vein, Command Prompt will view Report.doc, REPORT.doc, and report.doc as the same file”

More from the Author: https://amzn.to/3nyFdon