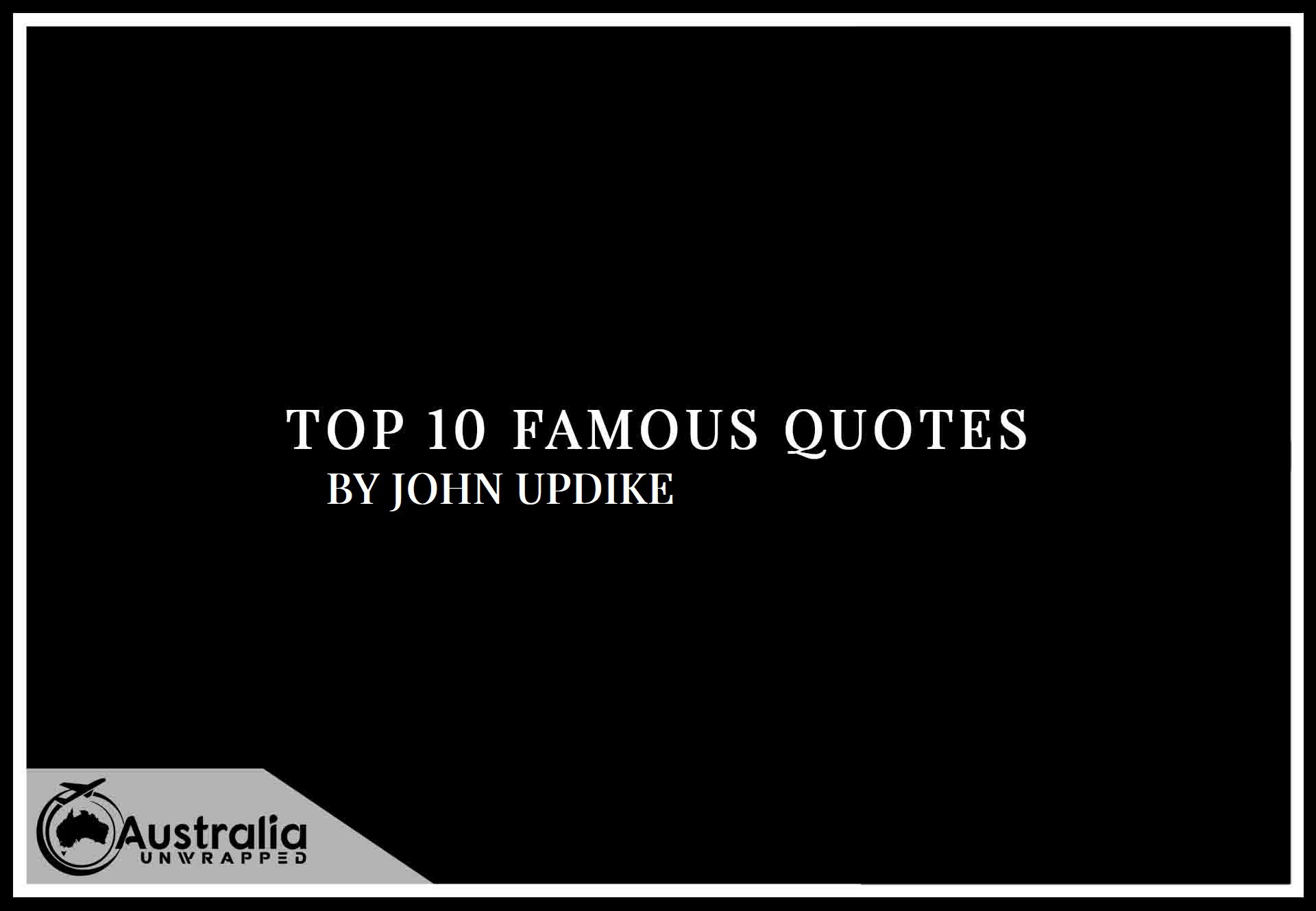 Love reading? Then it’s likely you will love a good quote from your favourite author. This article covers John Updike’s Top 10 Popular and Famous Quotes that we at Australia Unwrapped have collected from some of his greatest works. John Updike quotes to remember and here you will find 10 of the best. A memorable quote can stay with you and can be used along your journey. Choosing John Updike’s top 10 quotes is not easy, but here they are:

“Celebrity is a mask that eats into the face.”
― John Updike, Self-Consciousness

“The true New Yorker secretly believes that people living anywhere else have to be, in some sense, kidding.”
― John Updike

“It is easy to love people in memory; the hard thing is to love them when they are there in front of you.”
― John Updike, My Father’s Tears and Other Stories

“How can you respect the world when you see it’s being run by a bunch of kids turned old?”
― John Updike, Rabbit Is Rich

“Dreams come true. Without that possibility, nature would not incite us to have them. ”
― John Updike

“Suspect each moment, for it is a thief, tiptoeing away with more than it brings.”
― John Updike, A Month Of Sundays

“I want to write books that unlock the traffic jam in everybody’s head.”
― John Updike, Hugging the Shore: Essays and Criticism

“If you have the guts to be yourself, other people’ll pay your price.”
― John Updike, Rabbit, Run

“What art offers is space – a certain breathing room for the spirit.”
― John Updike

“We do survive every moment, after all, except the last one.”
― John Updike

10 quotes by John Updike there you go! It’s never an easy task picking the best quotations from great writers, so please if you disagree or have more to add, please comment and share your opinions. My 10 greatest John Updike quotes will likely be different from yours; however, that’s the best thing about them, each quote can mean something different to each person. So don’t wait, comment and shares your best John Updike Quote.

“We are fated to love one another; we hardly exist outside our love, we are just animals without it, with a birth and a death and constant fear between. Our love has lifted us up, out of the dreadfulness of merely living.”