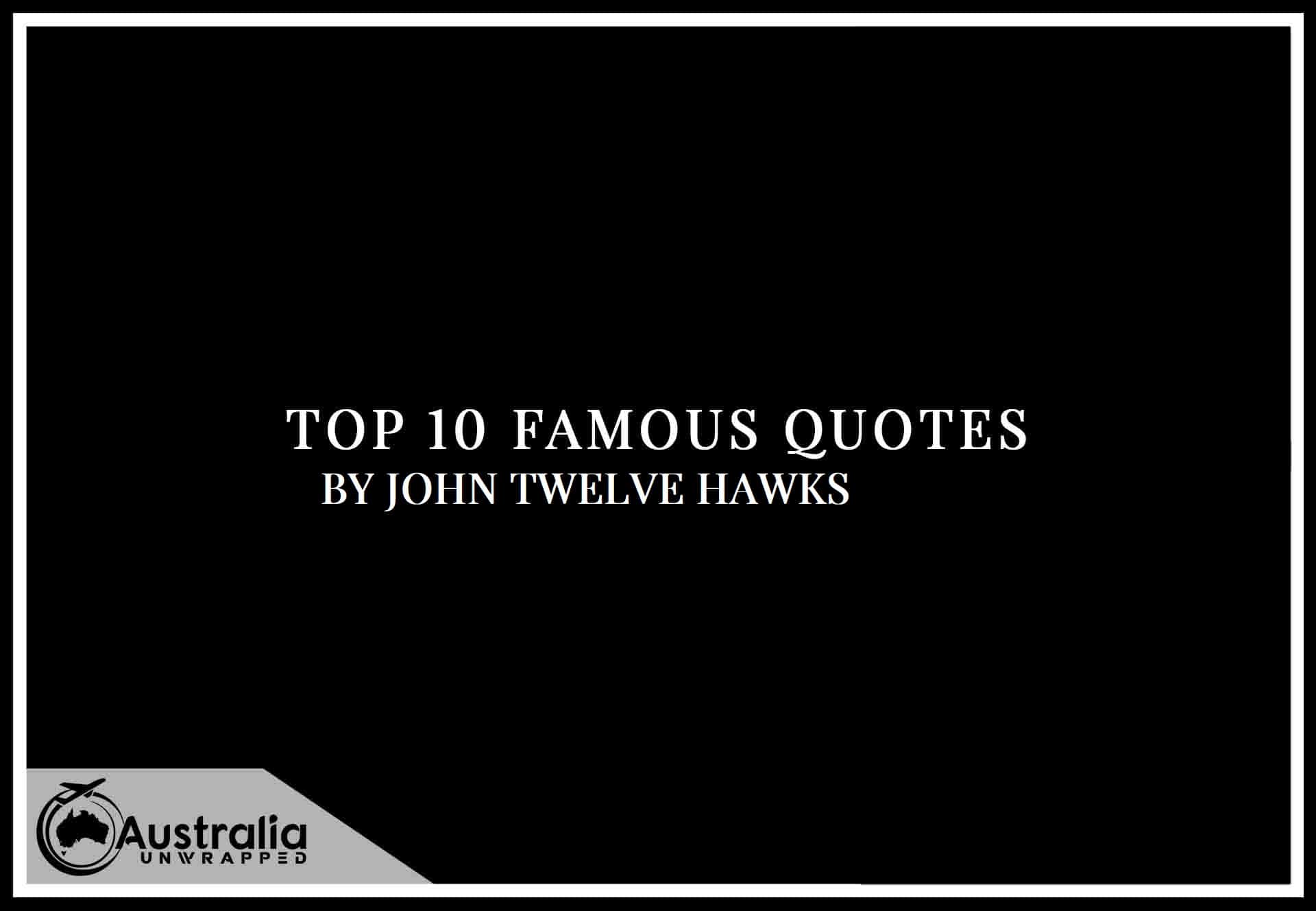 Love reading? Then it’s likely you will love a good quote from your favourite author. This article covers John Twelve Hawks’s Top 10 Popular and Famous Quotes that we at Australia Unwrapped have collected from some of his greatest works. John Twelve Hawks quotes to remember and here you will find 10 of the best. A memorable quote can stay with you and can be used along your journey. Choosing John Twelve Hawks’s top 10 quotes is not easy, but here they are:

“Life is dangerous. That’s what makes it interesting.”
― John Twelve Hawks, The Traveler

“I spent my time drinking and staring at a television in the airport bar. More death and destruction. Crime. Pollution. All the news stories were telling me to be frightened. All the commercials were telling me to buy things I didn´t need. The message was that people could only be passive victims or consumers.”
― John Twelve Hawks, The Traveler

“Human beings are tool-making animals. Since the prehistoric era, we have created and used a wide variety of objects.

But now a significant change is about to occur.

In the near future, we will simply become another object that can be monitored, tracked and controlled within a vast machine.”
― John Twelve Hawks

“When people decide that a certain way of faith is destined and inevitable, hatred and intolerance follow. Instead of saying, ‘The Light is within you, choose the Light,’ the message becomes ‘Agree with our version of history or we’ll kill you.”
― John Twelve Hawks, The Golden City

“You don´t need to watch everyone if everyone believes they’re beeing watched. (…) Punishment isn’t necessary, but the inevitability of punishment has to be programmed into the brain.”
― John Twelve Hawks, The Traveler

“Human beings have an almost unlimited capacity for self-delusion. We can justify any amount of sadness if it fits our own particular standard of reality. ”
― John Twelve Hawks, The Traveler

“Every new experience is unusual. The rest of life is just sleep and committee meetings.”
― John Twelve Hawks, The Traveler

“If privacy had a gravestone it might read: ‘Don’t Worry. This Was for Your Own Good.”
― John Twelve Hawks, The Dark River

“Almost every important choice in our lives is really just an expression of hope.”
― John Twelve Hawks, The Golden City

“Many physicists these days sound like the Delphic oracle – with equations.”
― John Twelve Hawks, The Dark River

“(…) I wanted to drink a decent glass of wine in the evening with good friends.”

“Yes, but even a small wish like that has implications. It means a community with free time, a group with enough income to buy the Merlot, and a general desire to enjoy the small pleasures of life. (…) In this context, a glass of wine becomes a revolutionary statement.”