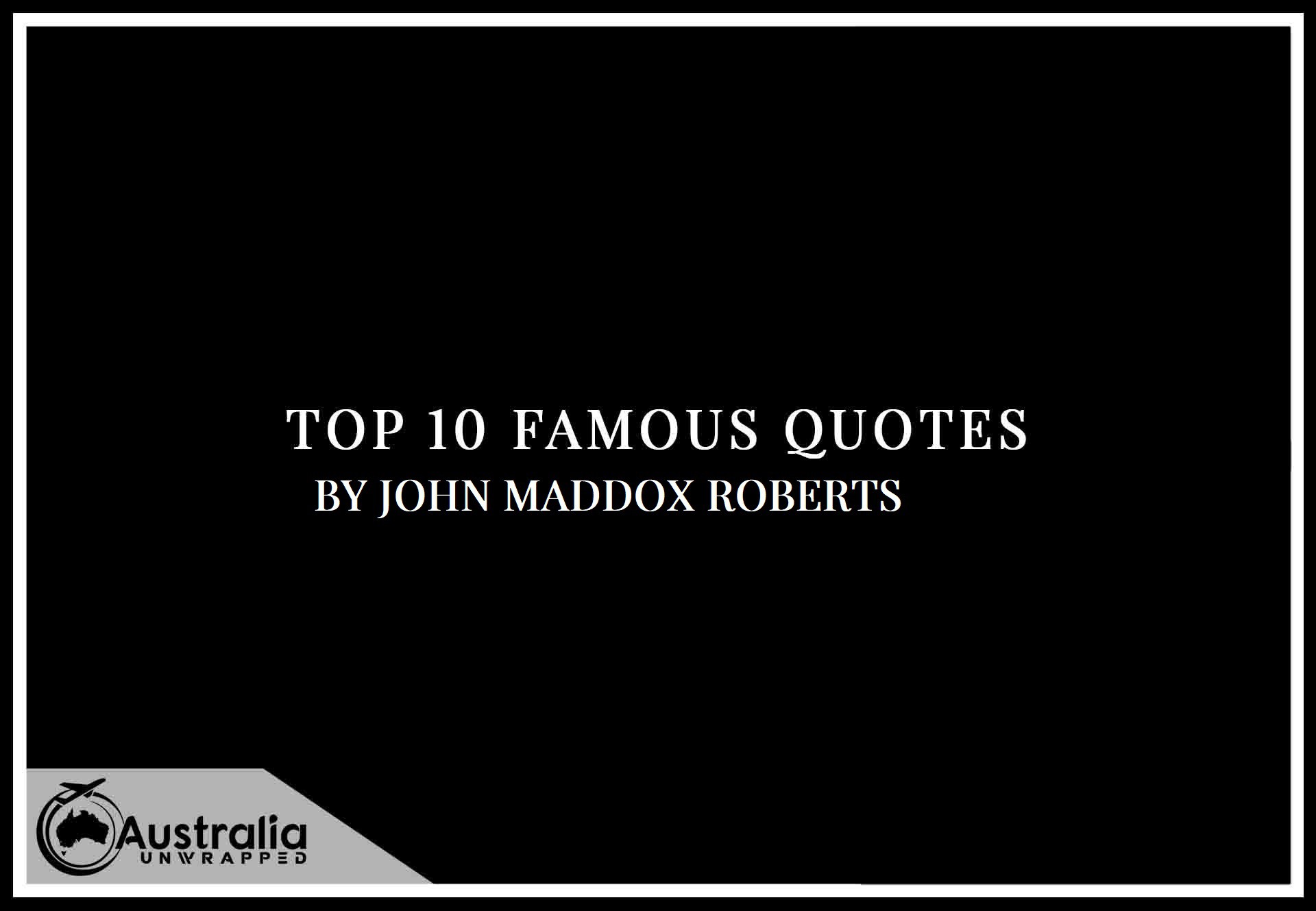 Love reading? Then it’s likely you will love a good quote from your favourite author. This article covers John Maddox Roberts’s Top 10 Popular and Famous Quotes that we at Australia Unwrapped have collected from some of his greatest works. John Maddox Roberts quotes to remember and here you will find 10 of the best. A memorable quote can stay with you and can be used along your journey. Choosing John Maddox Roberts’s top 10 quotes is not easy, but here they are:

“About seven hundred years ago, a pack of bandits arrived in central Italy, led by two brothers named Romulus and Remus. They despoiled the nearby peoples of land and women and set up their own little bandit state. At some point, Romulus established a fine old Roman tradition by murdering his brother. Had it been the other way around, I suppose we might now be living in a city named Reme.”
― John Maddox Roberts, The River God’s Vengeance

“This led to a discussion of whether volcanoes were really the fires from Vulcan’s forge or some sort of natural phenomenon, like storms and floods. I was of the latter opinion, because Vulcan is reputed to be the greatest of smiths and I doubt he would let his fires get out of control.”
― John Maddox Roberts, Under Vesuvius

“One forced to live in surroundings that might have been devised by Plato must seek relief and an outlet for the human urges despised by philosophers. Wickedness and debauchery may not be the only answers, but they are certainly the ones with the widest appeal.”
― John Maddox Roberts, The Temple of the Muses

“At least, when the great Temple of Jupiter had burned twenty years before, Sulla had had the good taste to restore it to its original design and condition. They don’t make tyrants like Sulla anymore.”
― John Maddox Roberts, The Catiline Conspiracy

“And so, forbidden by a Roman official and warned by a slave, I went forth at dusk to meet with a high-class Greek prostitute.”
― John Maddox Roberts, The Temple of the Muses

“At this time, about the only thing that was still regarded as perverted was a public display of affection toward one’s wife.”
― John Maddox Roberts, The Catiline Conspiracy

“Think nothing of it,” I said. “We’ve all wanted to kill Clodius from time to time.”
― John Maddox Roberts, The Catiline Conspiracy

“The Claudians,” I observed, “are a family of insane hereditary criminals.”
― John Maddox Roberts

“Some were encased in gold leaf hammered to an incredible thinness. We were supposed to eat these, gold and all. Some were still in their shells, and when cracked open these proved to contain the sort of party favors esteemed by wealthy hosts: perfumes, pearls, gems, golden chains, and so forth. While the ladies made delighted sounds I tried to figure out how they had gotten those items inside the shells, but to no avail. I could see no hole or seam in the complete shells. Maybe, I thought, they just fed the things to the chickens and ducks and this was the result.”