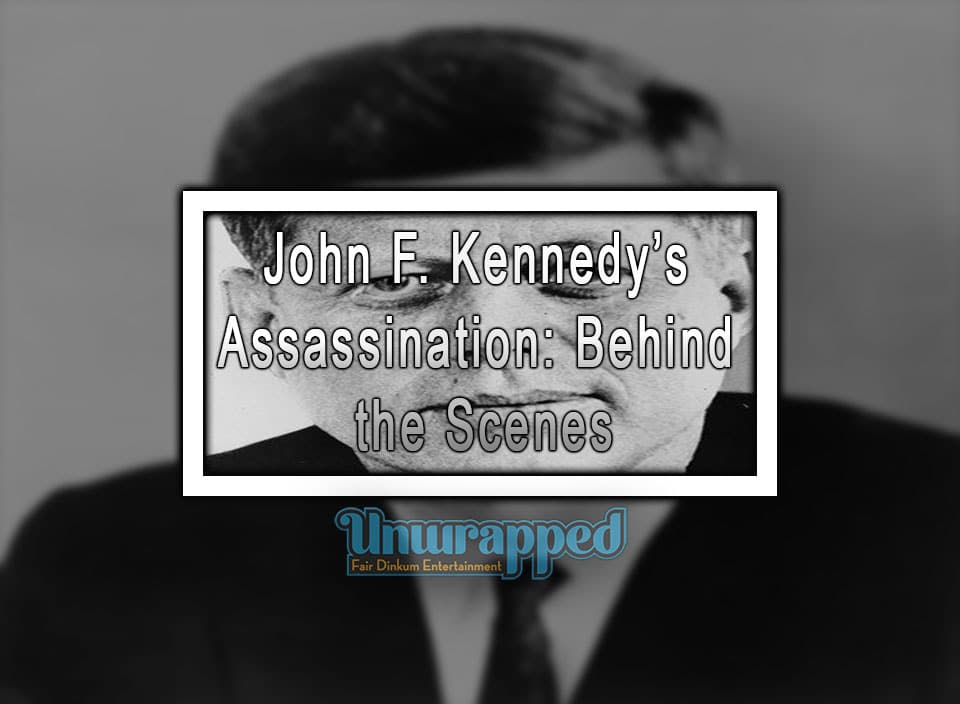 A Peek into Behind the Scenes of John F. Kennedy’s Assassination

President Kennedy’s assassination in 1963 was a shock to the US. Here was a charismatic man who took hold of the US in the middle of the cold war. He promised a lot, from the end of communism to landing on the moon.

Beyond being a tragedy, Kennedy’s assassination spawned conspiracy theories for years to come. People would often speculate on secret plots to take down the President. The instability of that era’s global politics may have played a role in creating conspiracies too.

Thus, we’ve decided to provide an analysis of John F. Kennedy’s assassination. We’ll present some intricacies surrounding it. We’ll also discuss key individuals in the assassination. Finally, we’ll talk about Kennedy’s policies, comparing them with those of the succeeding President.

Consider this article to be a rational conspiracy theory (with some evidence).

To Start, It Wasn’t a Lone Wolf Assassination…
President Kennedy was assassinated in 1963 by Lee Harvey Oswald.

Oswald was a former US marine and a huge supporter of communism. He also had a great degree of megalomania, viewing himself as a man-made to be a legend.

Regardless, his character doesn’t interest us. Who we want to talk about is the man who killed Oswald.

2 days after Oswald was caught, he was shot (live on TV), while moving jails. The man who shot him went by the name Jack Ruby, who was a nightclub owner in Dallas Texas.

Again, this may be seen as an act of revenge by Jack Ruby. It could be considered that Jack Ruby was a deep supporter of Kennedy, right?

Jack Ruby, before his trial, claimed that someone had injected him with cancer cells. Currently, no scientific information exists on the possibility of contracting cancer through injections.

In fact, injections of cancer cells are usually done to boost a body’s immunity system. It would thus be odd for “higher-ups” to kill someone using cancer.

But, there is the possibility of contracting cancer through radiation. Radiation, after all, can trigger cancer cells in the body. Maybe this was how suspects decided to take down Jack Ruby.

Odd Statements Made by not only did Jack Ruby claim he was injected with cancer, but he also talked a lot about Elitists Plans.

Ruby once implied that the true facts of Kennedy’s assassination will never be public. Also, he mentioned that people in higher-up positions designated Kennedy to be killed.

Maybe his statements are one of the reasons why he was eliminated.

Anyway, when we look at Jack Ruby’s records as an individual, we find that he was a questionable man. Jack Ruby was a hustler to the core. He had connections to the underworld crime scene.

In fact, he also had connections to police officers who often visited his nightclubs.

The man’s shadiness may be an important criterion for selecting him as an assassin. After all, when there’s so much to be known about a man, conspiracies arise. Such conspiracies are opportunities to bury the truth about what actually happened to Kennedy.

Let’s Assume That “Elites” Wanted Kennedy Gone. Why would that be the Case?
Looking at the struggles of the era, we find that Kennedy’s assassination was tied to the Vietnam War.

When talking about the Vietnam War, most individuals focus on its ethical crimes. Few talk about the reasons for entering the war.

The Vietnam War was originally a measure to “protect” South East Asia from communism.

It was a Cold War battle in essence. As a result, America had to be involved in the brush.

Thus, any policy that would hamper advancements into Vietnam meant conflict with the CIA. It is a matter of national security after all. The Vietnam War was a war against the Soviet Union to control South East Asia.

Regardless, if we look at history, we find that Kennedy had supported the Vietnam War. Throughout his years in office, Kennedy spoke often of the need to combat communism in Asia.

On October 2nd 1963, President Kennedy ordered a gradual withdrawal of US troops from Vietnam. He wanted to finish the withdrawal by 1965, officially ending the war there.

Of course, this did not sit well with the CIA and higher-ranking officials.

We can even see Kennedy’s change of opinions in Robert McNamara’s book “In Retrospect: The Tragedy and Lessons of Vietnam.”

Just to note, we’re not saying that Robert McNamara commissioned the assassination. We’re simply saying that he was aware of the plot, and he knew why it was done.

Additionally, Lyndon B. Johnson decided to hold an investigation on Kennedy’s death. It was called the Warren Commission, concluding that Kennedy’s death was an alone act.

The Warren Commission years ago stated that there was no conspiracy. Yet, information showing up today dispute this fact (thanks to the internet).

What Insights Can We Gain From the Assassination Attempt?
The President’s powers are quite limited.

A president is part of a clique of elite decision-makers. While the President has executive power, the President cannot extend it to long-term reform. This has to go through CIA approval, especially with regards to foreign policy.

It’s the intelligence agencies and military-industrial complex that runs the USA after all. From such a perspective, consulting the President’s opinion is useless.

If you want to know who shapes US foreign policy, you need to study the intentions of the military and CIA.