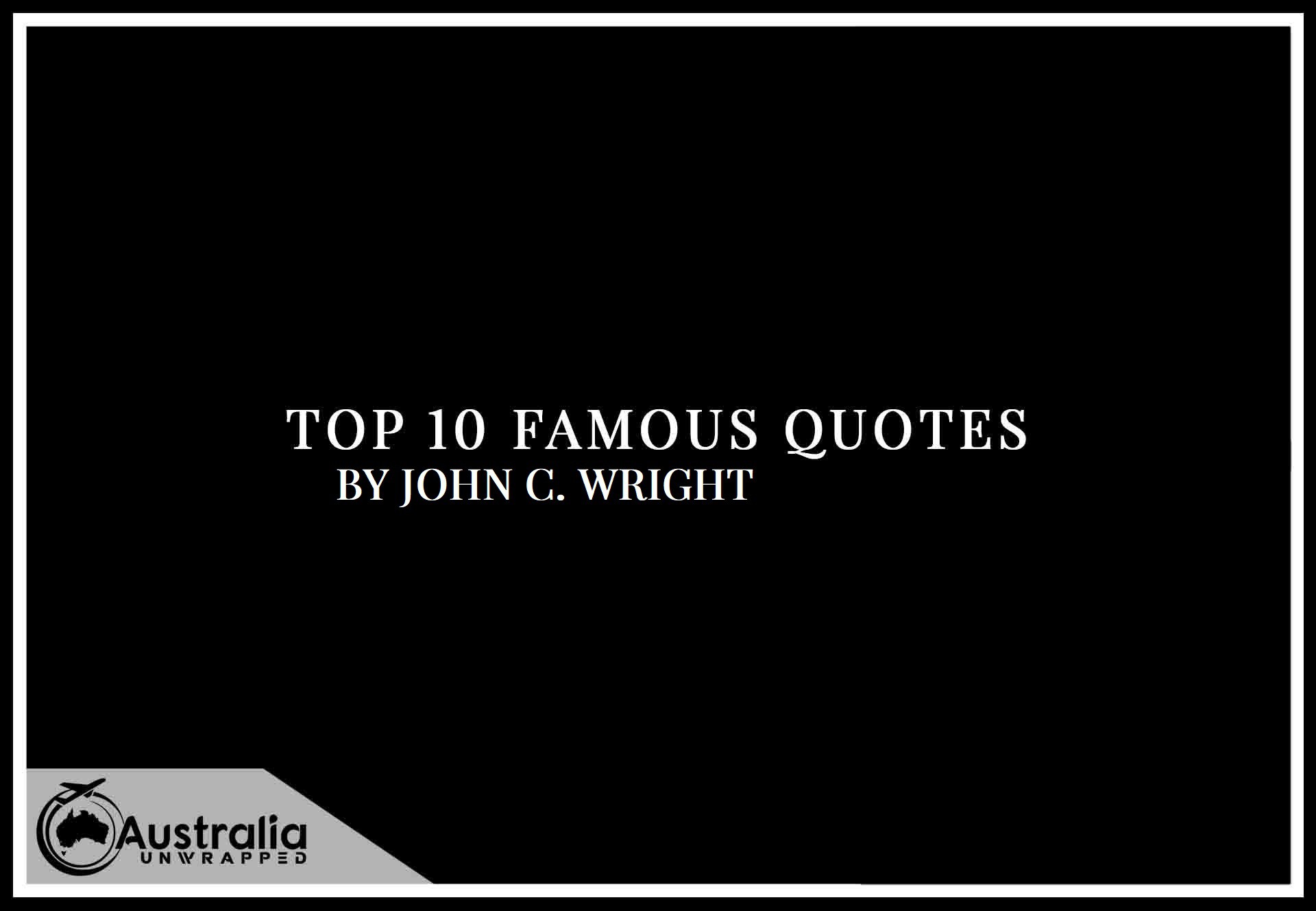 Love reading? Then it’s likely you will love a good quote from your favourite author. This article covers John C Wright’s Top 10 Popular and Famous Quotes that we at Australia Unwrapped have collected from some of his greatest works. John C Wright quotes to remember and here you will find 10 of the best. A memorable quote can stay with you and can be used along your journey. Choosing John C Wright’s top 10 quotes is not easy, but here they are:

“Phaethon asked: “Do you think there is something wrong with the Sophotechs? We are Manorials, father! We let Rhadamanthus control our finances and property, umpire our disputes, teach our children, design our thoughtscapes, and even play matchmaker to find us wives and husbands!”

“Son, the Sophotechs may be sufficient to advise the Parliament on laws and rules. Laws are a matter of logic and common sense. Specially designed human-thinking versions, like Rhadamanthus, can tell us how to fulfill our desires and balance our account books. Those are questions of strategy, of efficient allocation of resources and time. But the Sophotechs, they cannot choose our desires for us. They cannot guide our culture, our values, our tastes. That is a question of the spirit.”

“Then what would you have us do? Would you change our laws?”

“Our mores, not our laws. There are many things which are repugnant, deadly to the spirit, and self-destructive, but which law should not forbid. Addiction, self-delusion, self-destruction, slander, perversion, love of ugliness. How can we discourage such things without the use of force? It was in response to this need that the College of Hortators evolved. Peacefully, by means of boycotts, public protests, denouncements, and shunnings, our society can maintain her sanity against the dangers to our spirit, to our humanity, to which such unboundried liberty, and such potent technology, exposes us.”

(…) But Phaethon certainly did not want to hear a lecture, not today. “Why are you telling me all this? What is the point?”

“Phaethon, I will let you pass through those doors, and, once through, you will have at your command all the powers and perquisites I myself possess. The point of my story is simple. The paradox of liberty of which you spoke before applies to our entire society. We cannot be free without being free to harm ourselves. Advances in technology can remove physical dangers from our lives, but, when they do, the spiritual dangers increase. By spiritual danger I mean a danger to your integrity, your decency, your sense of life. Against those dangers I warn you; you can be invulnerable, if you choose, because no spiritual danger can conquer you without your own consent. But, once they have your consent, those dangers are all-powerful, because no outside force can come to your aid. Spiritual dangers are always faced alone. It is for this reason that the Silver-Gray School was formed; it is for this reason that we practice the exercise of self-discipline. Once you pass those doors, my son, you will be one of us, and there will be nothing to restrain you from corruption and self-destruction except yourself.

“You have a bright and fiery soul, Phaethon, a power to do great things; but I fear you may one day unleash such a tempest of fire that you may consume yourself, and all the world around you.”
― John C. Wright, The Golden Age

“All medieval and classic cultures of the ancient world, including those on which Tolkien modeled his elves, routinely exposed their young and marriageable women to the fortunes of war, because bearing and raising the next generation of warriors is not needed for equality-loving elves.
Equality-loving elves. Who are monarchists. With a class system. Of ranks.
Battles are more fun when attractive young women are dismembered and desecrated by goblins! I believe that this is one point where C.S. Lewis, J.R.R. Tolkien, and all Christian fantasy writers from before World War Two were completely agreed upon, and it is a point necessary in order correctly to capture the mood and tone and nuance of the medieval romances or Norse sagas such writers were straining their every artistic nerve and sinew to create.
So, wait, we have an ancient and ageless society of elves where the virgin maidens go off to war, but these same virgin maidens must abide by the decision of their father or liege lord for permission to marry?
— The Desolation of Tolkien”
― John C. Wright, Transhuman and Subhuman: Essays on Science Fiction and Awful Truth

“Here in this world, justice loses, and beauty is weak, and truth is shouted down, and everything goes wrong. But we know, in our souls if not in our hearts, that we deserve better. We deserve and yearn for a world where justice triumphs, and beauty is all powerful and truth cannot be quenched by lies any more than insubstantial shadows can fly from earth to the center of the solar system and strangle the sun. So, to remind ourselves of what we have forgotten, we talk about times in real life when justice triumphed, or the beauty was not marred, or truth could not be hidden.”
― John C. Wright, Transhuman and Subhuman: Essays on Science Fiction and Awful Truth

“Don’t give me that rot! I’m coming with you, and that’s final!”

“Daphne, you just said that if I said…”

“That doesn’t count! I said look me right in the eye! You were staring at my nose!”
― John C. Wright, The Phoenix Exultant

“The pride of young men requires that they seem wise, despite their inexperience, and the only way to appear all-knowing without going to the tedium of acquiring knowledge, is to hold all knowledge in weary-seeming contempt.”
― John C. Wright, Awake in the Night

“If atheism solved all human woe, then the Soviet Union would have been an empire of joy and dancing bunnies, instead of the land of corpses.”
― John C Wright

“Even a prison the size of a universe is still a prison. And it is every prisoner’s duty to escape.”
― John C. Wright, The Golden Transcendence

“Truth does not become more or less true, whether those who know it are many or few.”
― John C. Wright, The Golden Age

“I can’t wait to get my memory back. It sounds like I am a really cool person”
― John C. Wright, Fugitives of Chaos

“You were burning in the middle of the worst solar storm our records can remember. (…) Everyone else fled. All your companions and crew left you alone to wrestle with the storm.

“You did not blame them. In a moment of crystal insight, you realized that they were cowards beyond mere cowardice: their dependence on their immortality circuits had made it so that they could not even imagine risking their lives. They were all alike in this respect. They did not know they were not brave; they could not even think of dying as possible; how could they think of facing it, unflinching?

“You did not flinch. You knew you were going to die; you knew it when the Sophotechs, who are immune to pain and fear, all screamed and failed and vanished.

“And you knew, in that moment of approaching death, with all your life laid out like a single image for you to examine in a frozen moment of time, that no one was immortal, not ultimately, not really. The day may be far away, it may be further away than the dying of the sun, or the extinction of the stars, but the day will come when all our noumenal systems fail, our brilliant machines all pass away, and our records of ourselves and memories shall be lost.

“If all life is finite, only the grace and virtue with which it is lived matters, not the length. So you decided to stay another moment, and erect magnetic shields, one by one; to discharge interruption masses into the current, to break up the reinforcement patterns in the storm. Not life but honor mattered to you, Helion: so you stayed a moment after that moment, and then another. (…)

“The Array was safe, but you stayed another moment, to try to deflect the stream of particles and shield your son; circuit after circuit failed, and still you stayed, playing the emergency like a raging orchestra.

“When the peak of the storm was passed, it was too late for you: you had stayed too long; the flames were coming. But the radio-static cleared long enough for you to have last words with your son, whom you discovered, to your surprise, you loved better than life itself. In your mind, he was the living image of the best thing in you, the ideal you always wanted to achieve.

“ ‘Chaos has killed me, son,’ you said. ‘But the victory of unpredictability is hollow. Men imagine, in their pride, that they can predict life’s each event, and govern nature and govern each other with rules of unyielding iron. Not so. There will always be men like you, my son, who will do the things no one else predicts or can control. I tried to tame the sun and failed; no one knows what is at its fiery heart; but you will tame a thousand suns, and spread mankind so wide in space that no one single chance, no flux of chaos, no unexpected misfortune, will ever have power enough to harm us all. For men to be civilized, they must be unlike each other, so that when chaos comes to claim them, no two will use what strategy the other does, and thus, even in the middle of blind chaos, some men, by sheer blind chance, if nothing else, will conquer.

“ ‘The way to conquer the chaos which underlies all the illusionary stable things in life, is to be so free, and tolerant, and so much in love with liberty, that chaos itself becomes our ally; we shall become what no one can foresee; and courage and inventiveness will be the names we call our fearless unpredictability…’

“And you vowed to support Phaethon’s effort, and you died in order that his dream might live.” 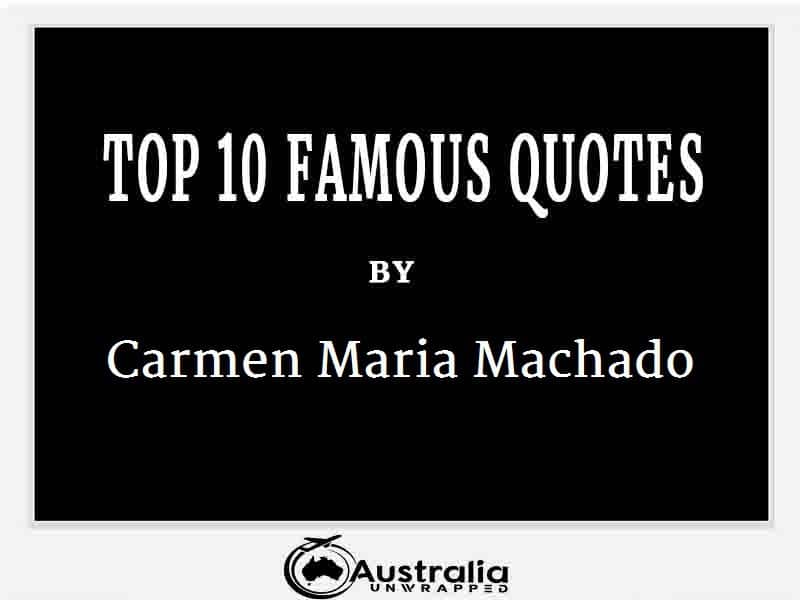 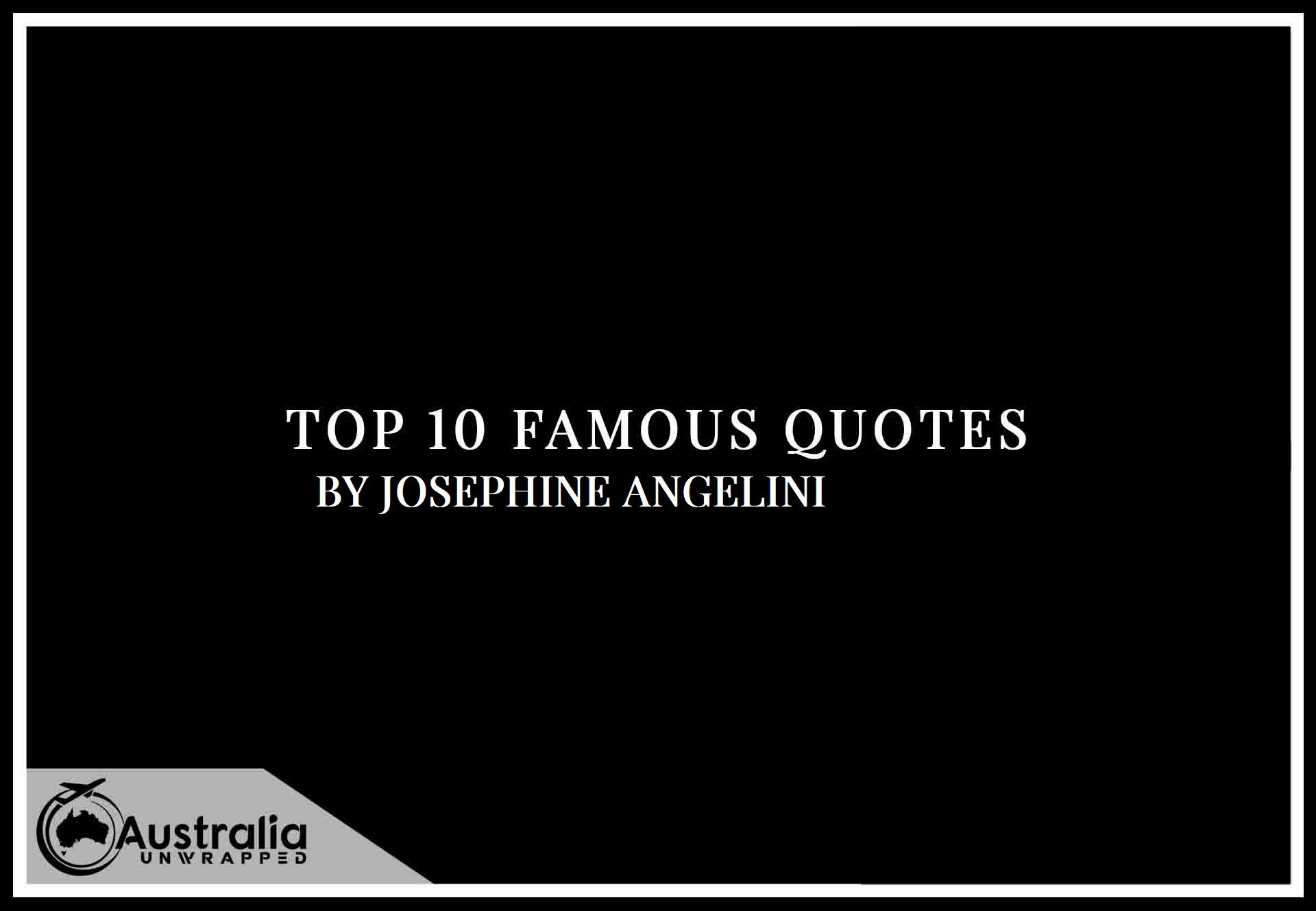 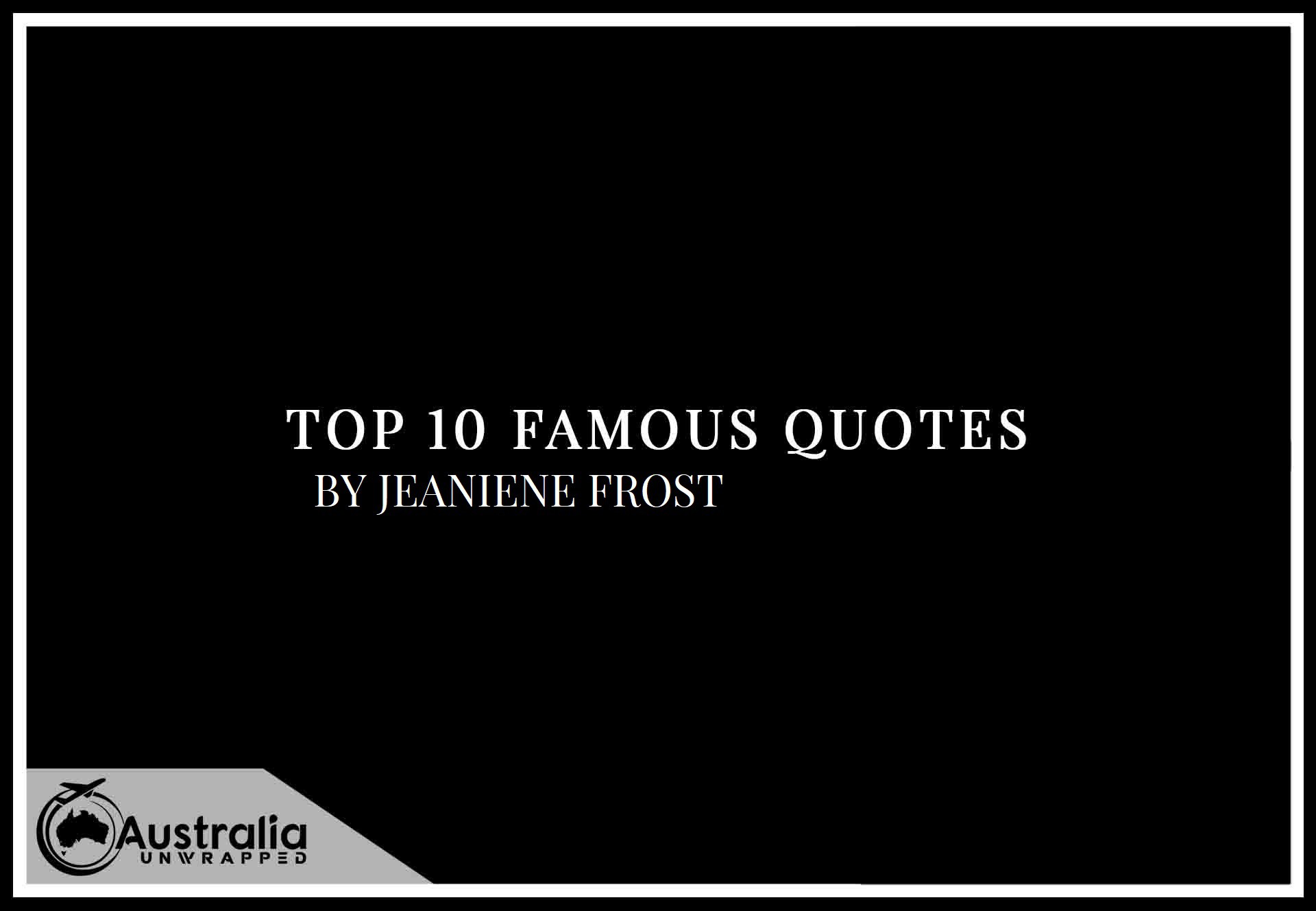