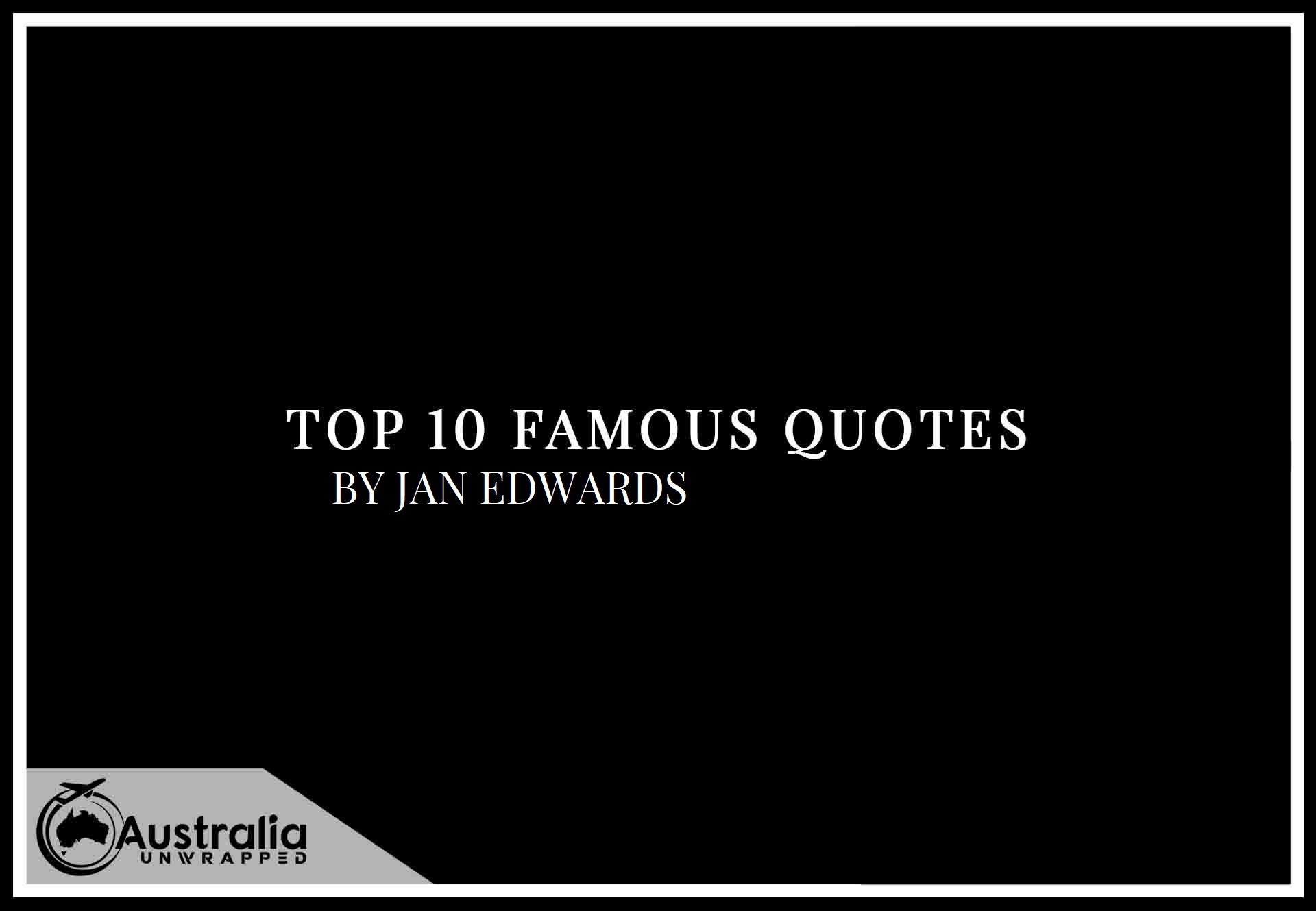 Love reading? Then it’s likely you will love a good quote from your favourite author. This article covers Janet Edwards’s Top 10 Popular and Famous Quotes that we at Australia Unwrapped have collected from some of his greatest works. Janet Edwards quotes to remember and here you will find 10 of the best. A memorable quote can stay with you and can be used along your journey. Choosing Janet Edwards’s top 10 quotes is not easy, but here they are:

“I’d grown used to accepting the oddities of twenty different planets. Fian wouldn’t carry a comb around with him. Krath was scared of butterflies. Dalmora was horrified if she was late for something. Amalie held her shoes upside down and shook them before putting them on.”
― Janet Edwards, Earth Flight

“When this is all over, I’m going to tell Rono the Military decided to evacuate the population of Earth into Ark because you went there on a school trip, and watch the look on his face. – Lecturer Playdon”
― Janet Edwards

“University Asgard is obviously scared to death of you, Jarra,’ said Krath. ‘I bet you could pass this course without doing any more work.’
I bet she couldn’t,’ said Lecturer Playdon.”
― Janet Edwards, Earth Flight

“With faces entirely invisible through suits, it was hard to be sure, but my impression was that he was watching me and copying my every move. I felt this proved he was intelligent.”
― Janet Edwards

“If anyone knows what those missiles are, then I’d be really happy to know.’ Drago waited a moment. ‘Positively extatic to know. Oh, come on, somebody must have visual by now.”
― Janet Edwards, Earth Flight

“Tag leaders are all totally, utterly, stark raving mad. Are you the two from Asgard 6?’
That’s right.’ Fian nodded.
I’ve heard about her. You have my sympathy.”
― Janet Edwards

“Class, pay very close attention to this moment. We’ve actually discovered something that Jarra doesn’t know how to do. – Lecturer Playdon”
― Janet Edwards

“Congratulations, Playdon, you’re in charge of Jarra. Any crashing spaceships are your problem, not mine. – Rono”
― Janet Edwards

“Amalie, I could help you solve your problem. Marry me!”
“Come back when you’ve got a farm!”
― Janet Edwards

“There’s no reason to sound so relieved, Drago,’ said Marlise. ‘You’re the only person here who’s ever collided with a portal.’
There was a sound of laughter, and Drago groaned. ‘My lateral thrusters were out, and I couldn’t exactly take is slowly given I’d got a whole pack of giant flying lizards chasing me.’
That’s another thing,’ said Marlise. ‘You were supposed to bring back a specimen for the scientists, but the idea was that it would be dead.”