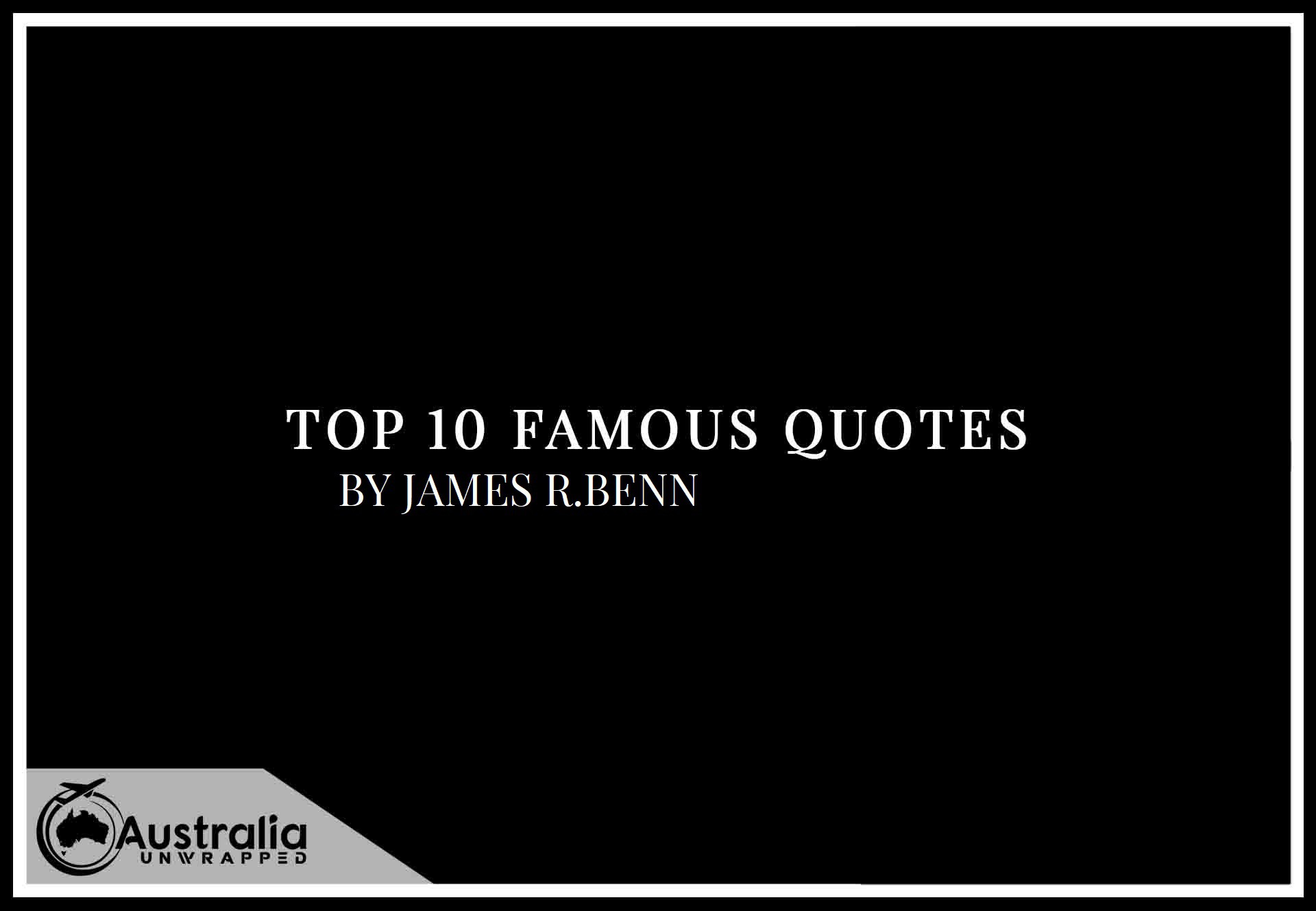 Love reading? Then it’s likely you will love a good quote from your favourite author. This article covers James R. Benn’s Top 10 Popular and Famous Quotes that we at Australia Unwrapped have collected from some of his greatest works. James R. Benn quotes to remember and here you will find 10 of the best. A memorable quote can stay with you and can be used along your journey. Choosing James R. Benn’s top 10 quotes is not easy, but here they are:

“If prayer flew as quickly as gossip, all the saints in heaven could not keep up with it.”
― James R. Benn, Death’s Door

“He always said the best chance for a hands-on killer to leave a clue was at the last moment of contact, when the deed had been done. Before that, the murderer was likely on high alert, conscious of every move, waiting for the moment to strike. Then, with the victim dead or dying, the killer might let down his guard if he was overconfident or relieved. Who knew what a guy who’d just knifed a kid and twisted the blade felt? Or a woman?”
― James R. Benn, Blue Madonna

“Nervous? Why, Lieutenant Boyle, whatever for? We’re just about to leave on a six-hundred-mile trip through enemy infested waters, with a big, fat low-pressure system just sitting over us, dumping buckets of rain and churning up waves taller that houses, in order to land you alone in Nazi-occupied Norway, just south of the Arctic Circle, and leave you there. Why should you be nervous?”
― James R Benn

“They do not comprehend where they are going,” Kaz said, whispering his words to the wind.
I knew he didn’t mean a particular place. There were no map coordinates to mark the location. He meant that point in time and space where bullet meets bone, where grown men cry rivers of tears; the point you can never return from, even if you live to be ninety.”
― James R. Benn

“Everything changed, and eleven months later, here I was in the middle of the night with a gungho major, playing secret agent, hoping some Frenchie didn’t put a bullet in my skull before I gave the Germans and Italians their chance.”
― James R. Benn, The First Wave

“Except for a roll of Harding’s eyes, everyone ignored me, which is the way I liked it when I had to hang around with senior officers. They had a way of thinking up ideas that got you killed and them promoted.”
― James R. Benn, The First Wave

“I kicked off my shoes, tossed my jacket onto the chair, loosened my tie, and closed my eyes for about half an hour. Catnaps and spy chasing are my specialties.”
― James R. Benn, Billy Boyle

“Words do nothing against them in the short term, so we bow to the storm winds and wait. We wait, and we have faith.”
― James R. Benn, Death’s Door

“I looked like a million bucks. An unarmed million bucks, which isn’t necessarily the best combination.”
― James R. Benn, The Devouring

“I don’t care what her name is, I want peace and quiet on this base so we can get on with the war.”
― James R. Benn, The White Ghost

“There it was, a sign above a shop that said 221B BAKER STREET. My mouth hung open. I looked around at the ordinary street and the white-painted buildings, looking clean in the morning rain. Where were the fog, the streetlights, the gray atmosphere? The horses pulling carriages, bringing troubled clients to Watson and Holmes? I had to admit I had been impressed with Big Ben and all, but for a kid who had devoured the adventures of Sherlock Holmes, this was really something. I was on Baker Street, driving by the rooms of Holmes and Watson! I sort of wished it were all in black and white and gray, like in the movies.”