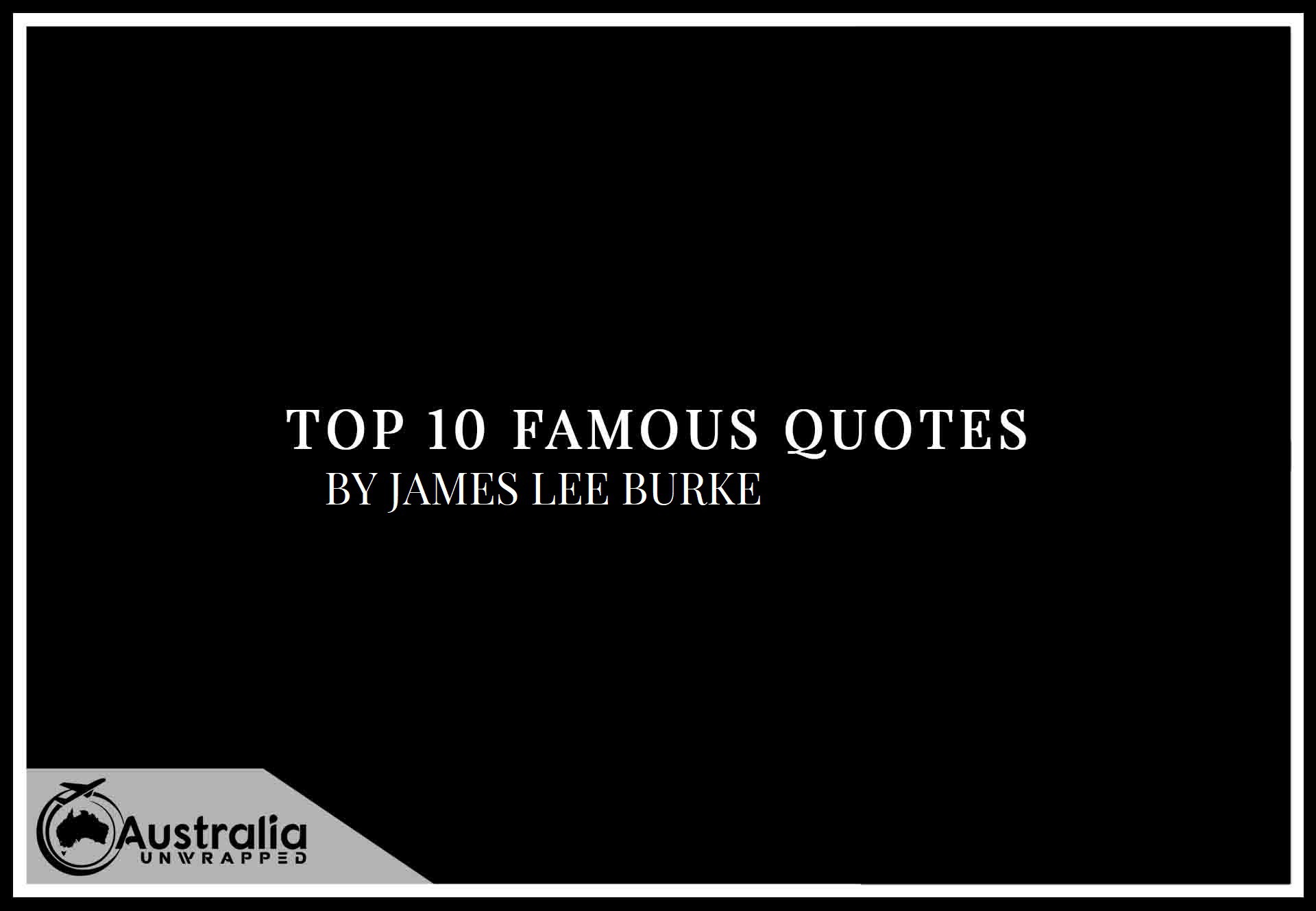 Love reading? Then it’s likely you will love a good quote from your favourite author. This article covers James Lee Burke’s Top 10 Popular and Famous Quotes that we at Australia Unwrapped have collected from some of his greatest works. James Lee Burke quotes to remember and here you will find 10 of the best. A memorable quote can stay with you and can be used along your journey. Choosing James Lee Burke’s top 10 quotes is not easy, but here they are:

“I believe every…man remembers the girl he thinks he should have married. She reappears to him in his lonely moments, or he sees her in the face of a young girl in the park, buying a snowball under an oak tree by the baseball diamond. But she belongs to back there, to somebody else, and that thought sometimes rends your heart in a way that you never share with anyone else.”
― James Lee Burke, Black Cherry Blues

“writing is like being in love. You never get better at it or learn more about it. The day you think you do is the day you lose it. Robert Frost called his work a lover’s quarrel with the world. It’s ongoing. It has neither a beginning nor an end. You don’t have to worry about learning things. The fire of one’s art burns all the impurities from the vessel that contains it.”
― James Lee Burke

“It has been my experience that most human stories are circular rather than linear. Regardless of the path we choose, we somehow end up where we commenced – in part, I suspect, because the child who lives in us goes along for the ride.”
― James Lee Burke, The Glass Rainbow

“When people make a contract with the devil and give him an air-conditioned office to work in, he doesn’t go back home easily.”
― James Lee Burke, In the Electric Mist With Confederate Dead

“Money can’t buy happiness but it’ll sure keep a mess of grief off your front porch.
”
― James Lee Burke

“How do you explain to yourself the casual manner in which you threw your life away?”
― James Lee Burke, Swan Peak

“A lie is an act of theft. It steals peoples faith and makes them resent themselves”
― james lee burke

“Humility is not a virtue in a writer, it is an absolute necessity.”
― James Lee Burke

“I long ago became convinced that the most reliable source for arcane and obscure and seemingly unobtainable information does not lie with the government or law enforcement agencies. Apparently neither the CIA nor the military intelligence apparatus inside the Pentagon had even a slight inkling of the Soviet Union’s impending collapse, right up to the moment the Kremlin’s leaders were trying to cut deals for their memoirs with New York publishers. Or, if a person really wishes a lesson in the subjective nature of official information, he can always call the IRS and ask for help with his tax forms, then call back a half hour later and ask the same questions to a different representative. So where do you go to find a researcher who is intelligent, imaginative, skilled in the use of computers, devoted to discovering the truth, and knowledgeable about science, technology, history, and literature, and who usually works for dirt and gets credit for nothing? After lunch I drove to the city library on Main and asked the reference librarian to find what she could on Junior Crudup.”