Skip to content
You are here:Home / James Barrington’s Top 10 Popular and Famous Quotes 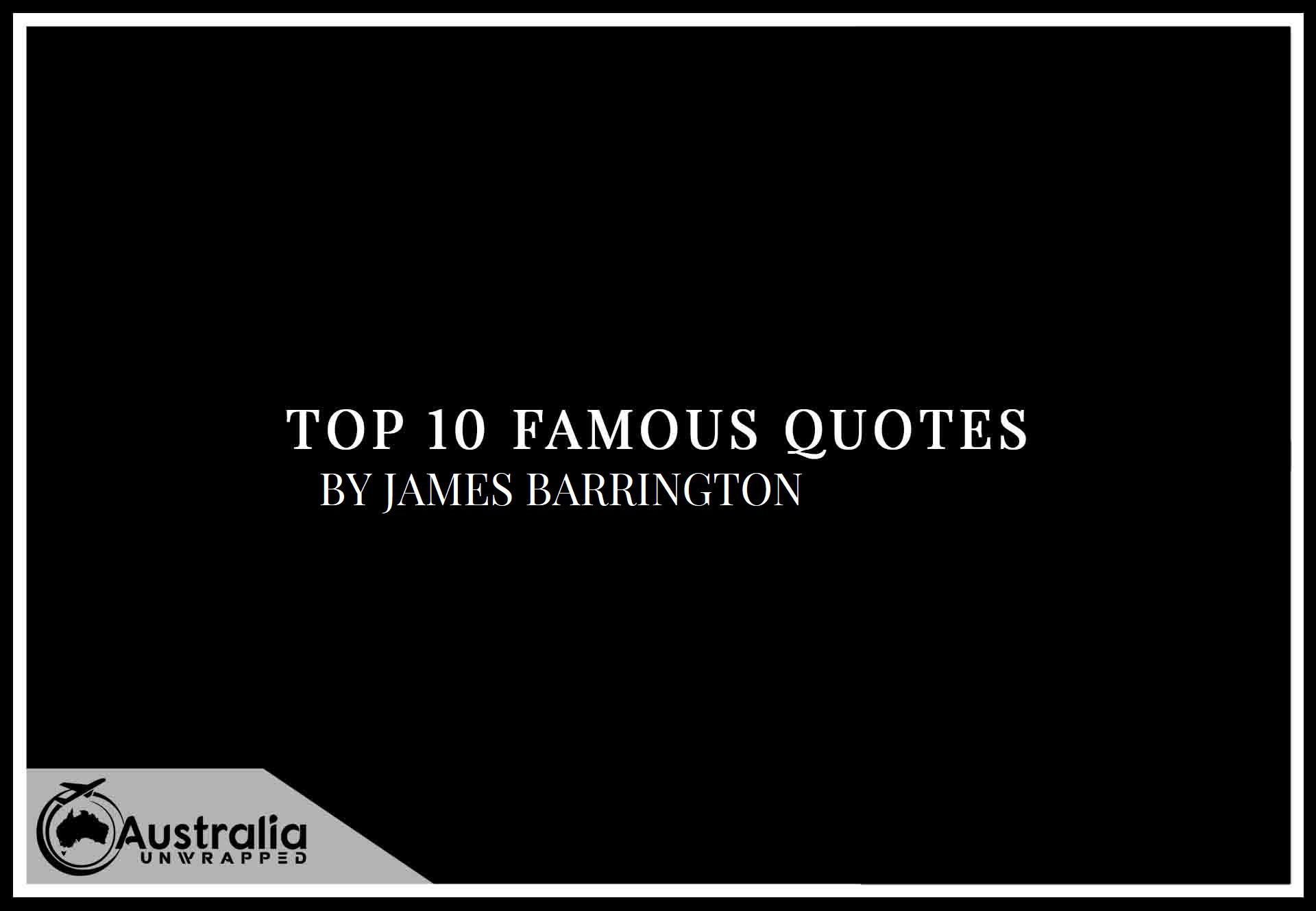 Love reading? Then it’s likely you will love a good quote from your favourite author. This article covers James Barrington’s Top 10 Popular and Famous Quotes that we at Australia Unwrapped have collected from some of his greatest works. James Barrington quotes to remember and here you will find 10 of the best. A memorable quote can stay with you and can be used along your journey. Choosing James Barrington’s top 10 quotes is not easy, but here they are:

“Before leaving Hammersmith, Dekker and Simpson had discussed what type of bullet should be used. ‘It all depends,’ Dekker had said, ‘on whether you want me to stop this guy dead, literally, or just stop him. If I use a hollow-point or a dumdum bullet, at the ranges you’re talking about, a hit anywhere on the torso is going to kill him pretty much instantly.’ Simpson had shaken his head. ‘If we need him dead, you can put a bullet through his head, right? No, just use standard copper-jacketed rounds, and hopefully there’ll be enough left of him to talk to us afterwards.’ Dekker took five rounds out of the box and loaded the magazine, then pressed it into the slot in front of the trigger guard. The last item was the scope. The normal sight used on the AW rifle was from the Schmidt and Bender PMII range, but Dekker preferred something slightly different. He’d chosen a huge Zeiss telescopic sight that offered variable magnification, and incorporated a laser sighting attachment which would project a spot of red laser light directly onto the target, but he probably wouldn’t need to use that, not at this range.”
― James Barrington, Manhunt

“In the cabin, the four Americans stared in horrified disbelief as the bullets howled through the fuselage, obliterating everything they hit. O’Hagan tore off his seat belt and rushed over to one of the port-side windows to look out. The Bell 212 was flying parallel, only yards away. In the open cabin door, an ugly black weapon was pointing directly at him. O’Hagan instantly recognized the minigun — and then the face of the man behind it. ‘That fucking Richter,’ he screamed, as the jet began to break up around him. In the cockpit, Sutter and Haig became aware of an increase in noise and vibration, but couldn’t immediately identify the cause. Haig called out ‘V2 — rotate,’ and Sutter eased back on the control column. Just as he did so, the stream of bullets from the minigun reached the cockpit, killing both men instantly.”
― James Barrington, Payback

“The G450 was approaching take-off speed just as the helicopter drew alongside, some fifty metres clear, on the left side of the runway. Richter didn’t hesitate. As the Gulfstream accelerated, he pointed the minigun straight at it, aimed for the centre of mass and squeezed the trigger. The General Electric M134 minigun fires six thousand rounds a minute in its normal configuration, an almost continuous stream of bullets pouring out of the six rotating barrels. Richter’s aim was initially a little off, the first bullets passing over and beyond the Gulfstream, but he immediately corrected. The stream of 7.62-millimetre ammunition ripped through the thin and relatively delicate skin of the passenger cabin, moving down and forwards, tearing a ragged line through the metal that almost bisected the aircraft”
― James Barrington, Payback

“No bloody option. You any good with a rifle?’ ‘Not as good as you are. But I can drive.’ ‘You might have to, then,’ Dekker said tightly. ‘Let’s put some distance between us and them. While I do that, get that rifle assembled, just in case we have to shoot our way out of this.’ Richter unsnapped the catches on the case Dekker had laid on the floor in front of the rear seats, and took out the weapons’ component parts. He’d never seen this particular model before, but he was familiar with rifles from his military career. Within a couple of minutes he’d assembled the rifle, attached the telescopic sight, and loaded a full magazine of subsonic 7.62-millimetre ammunition. ‘Mean piece of kit,’ he remarked. ‘Ideal tool for the job,’ Dekker said, ‘and that’s the point.”
― James Barrington, Manhunt

“What’s your name?’ Richter asked, his voice quiet and controlled. ‘Murphy. Mike Murphy.’ The response came through clenched teeth as the wounded man clutched at his shattered shoulder. ‘Well, Mike, here’s the bad news. Some of us in British Intelligence,’ Richter said, echoing Murphy’s remarks, ‘don’t have scruples and don’t give a flying fuck for anybody’s rules. But what I don’t do is tell lies, so you’re getting the same two you doled out to Stein there.’ Richter altered his aim slightly and shot Murphy in the stomach. The assassin howled with pain and doubled up, falling to the ground. Richter stepped closer and ten seconds later Murphy fell silent permanently as Richter’s last bullet blew off the top of his head”
― James Barrington, Pandemic

“On the far side of the square, a dark-coloured saloon suddenly appeared, one occupant visible behind the wheel, and it raced across to the fallen man. As it stopped, the car was directly broadside on to Dekker’s position, offering too good an opportunity to miss. He sighted again, the AWS sniper rifle cracked twice more, and both the tyres on the near side of the car blew in quick succession. ‘Now get going, Paul,’ he muttered, and quickly started to disassemble his weapon and pack it away”
― James Barrington, Manhunt

“Schneider nodded grimly and stepped forward but, even as he did so, the other officer rapped sharply on the door of the apartment. The result was immediate. A three-round burst from an automatic weapon tore right through the thin wooden door and hit him full in the chest, smashing him back against the opposite wall, where he collapsed in a crumpled heap”
― James Barrington, Timebomb

“Schneider looked them over and then issued his final orders. Each officer carried either a SiG 550 assault rifle or a Remington 870 multi-purpose pump-action shotgun, which would have been Richter’s own choice as a close-quarter combat weapon, plus a 9-millimetre SiG P220 semi-automatic pistol in a belt holster”
― James Barrington, Timebomb

“Not exactly,’ Richter said. ‘We’re going to attack an armed road convoy and seize a nuclear weapon that the Russians are trying to deliver to London.’

“The weapon was one of the variants of the standard SAS sniper rifle, the British-made Accuracy International PM — Precision Marksman — or L96A1. Designed for covert operations, the rifle Dekker had chosen was the AWS, or Arctic Warfare Suppressed, model. The name was a hangover from the days when the manufacturer produced a modified version for the Swedish armed forces, a move which spawned several different models generically known as the AW range. The stainless-steel barrel was fitted with an integrated suppressor which reduced the sound of a shot to about that of a standard .22 rifle. It was a comparatively short-range weapon, because of the subsonic ammunition, effective only to about three hundred yards in contrast to other versions and calibres of the rifle, some of which were accurate at up to a mile. Both the stock, its green polymer side panels already attached, and the barrel were a tight fit in the case, each lying diagonally across its interior. He pulled them both out, fitted and secured the barrel, and lowered the bipod legs mounted at the fore-end of the machined-aluminium chassis to support it, while he completed the assembly. Then he took a five-round magazine out of the recess in the briefcase, along with an oblong cardboard box containing twenty rounds of 7.62 x 51-millimetre rifle ammunition.” 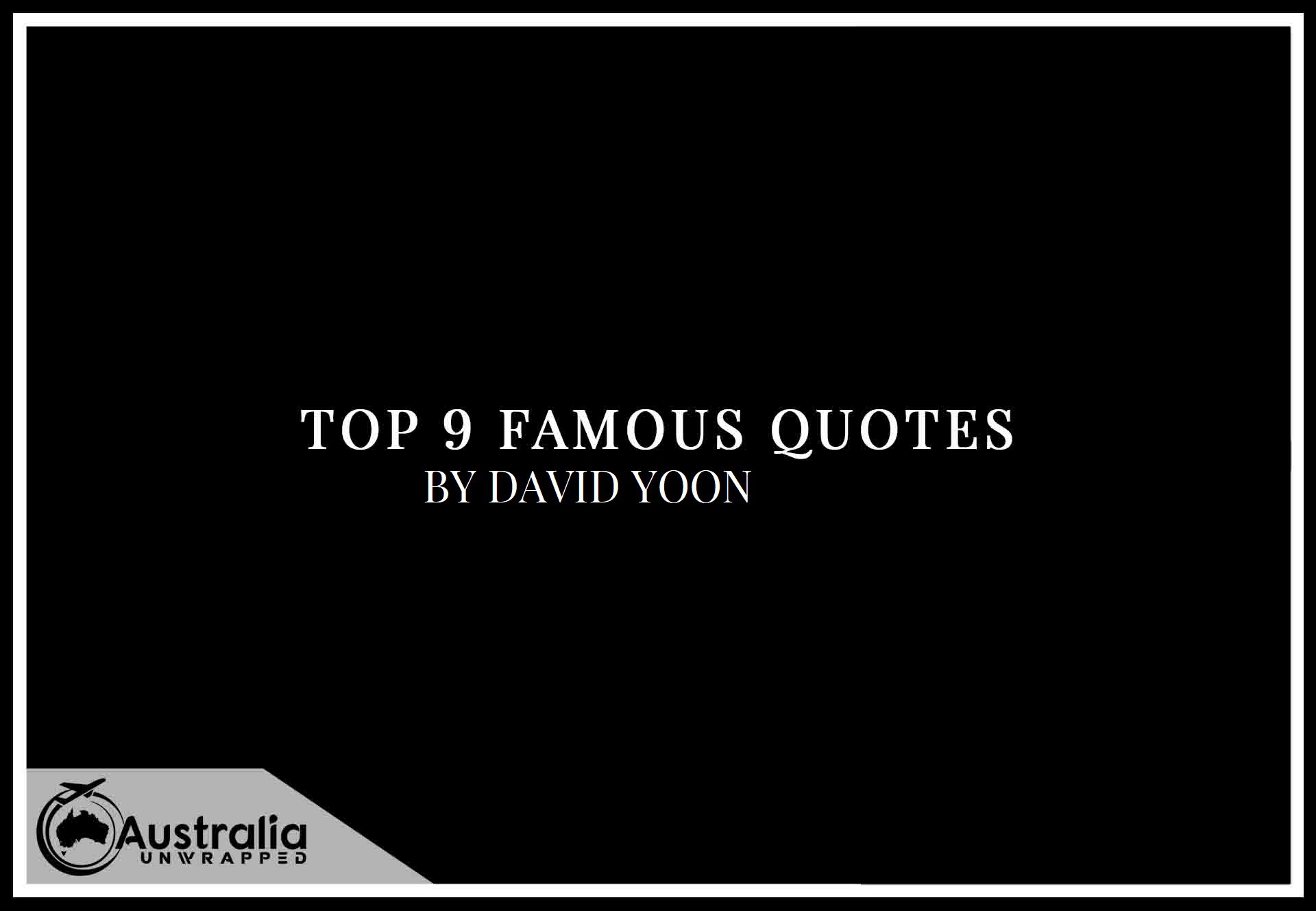 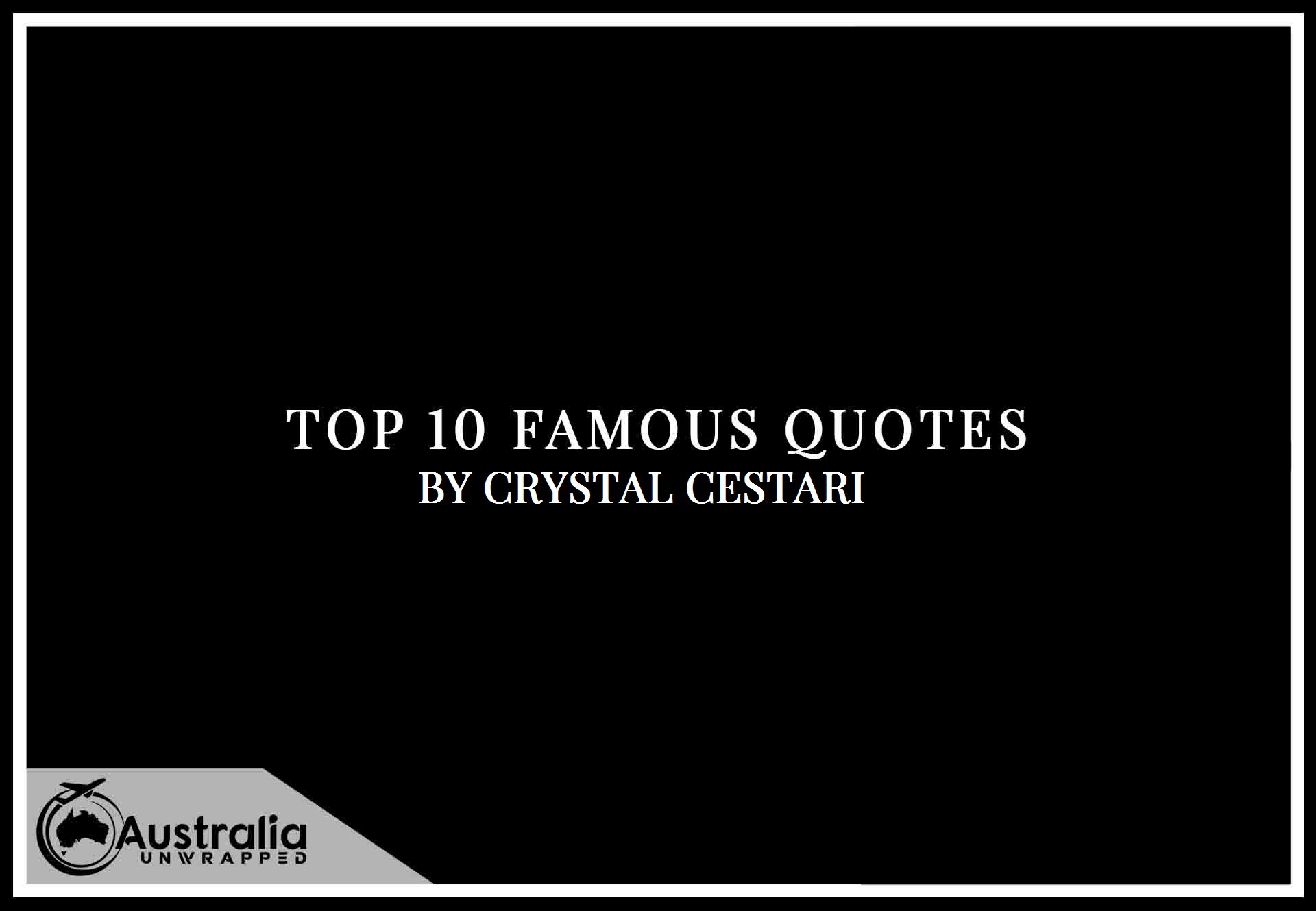 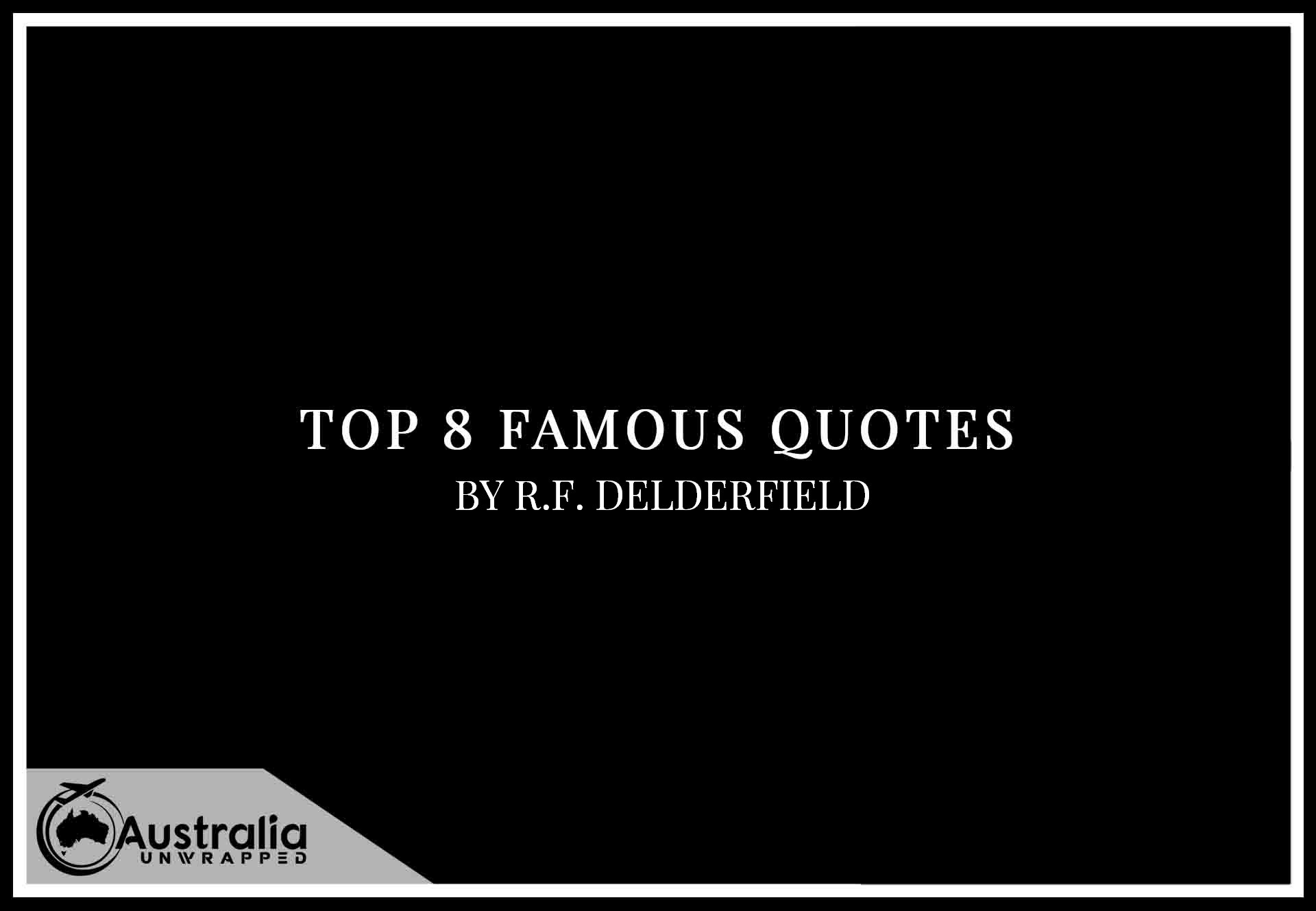