Skip to content
You are here:Home / Jack Williamson’s Top 10 Popular and Famous Quotes 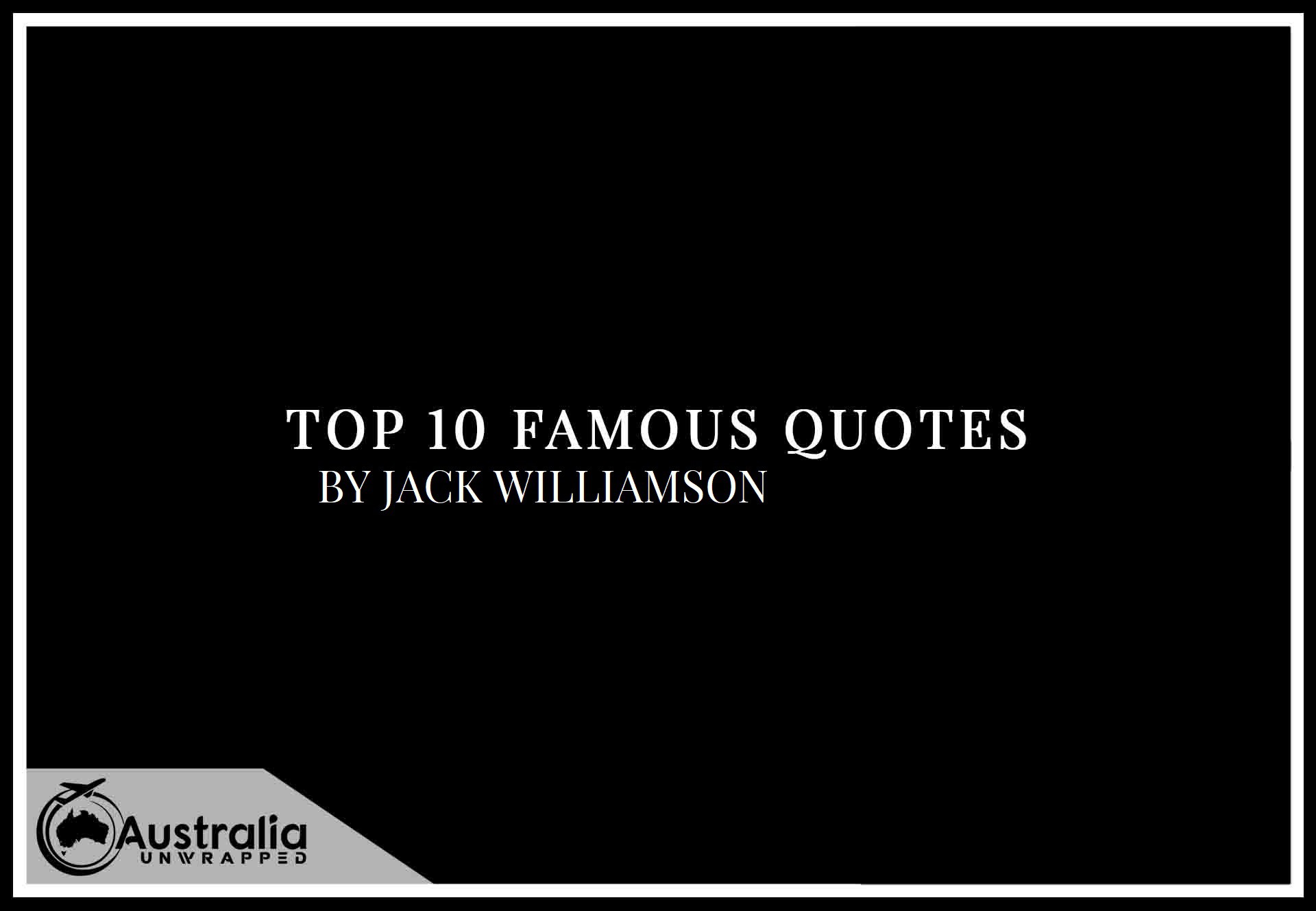 Love reading? Then it’s likely you will love a good quote from your favourite author. This article covers Jack Williamson’s Top 10 Popular and Famous Quotes that we at Australia Unwrapped have collected from some of his greatest works. Jack Williamson quotes to remember and here you will find 10 of the best. A memorable quote can stay with you and can be used along your journey. Choosing Jack Williamson’s top 10 quotes is not easy, but here they are:

“I’m a strict materialist – but the police are brutal materialists.”
― Jack Williamson, Darker Than You Think

“With the vague hope that it might somehow explain his dream, he took one of his old textbooks from the shelves and tried to read the chapter on lycanthropy. The book cataloged the queerly universal primitive beliefs that human beings could change into dangerous carnivorous animals. He skimmed the list of human wolves and bears and jaguars, human tigers and alligators and sharks, human cats and human leopards and human hyenas. The were-tigers of Malaysia, he read, were believed invulnerable in the transformed”
― Jack Williamson, Darker Than You Think

“Barbee had wondered about insanity, sometimes with a brooding dread – for his own father, whom he scarcely remembered, had died in the forbidding stone pile of the state asylum. He had vaguely supposed that a mental breakdown must be somehow strange and thrilling, with an exciting conflict of horrible depression and wild elation. But perhaps it was more often like this, just a baffled apathetic retreat from problems grown too difficult to solve.”
― Jack Williamson, Darker Than You Think

“supernatural, and my own rational philosophy is founded on proven science. But I still believe in hell.” The dark man smiled. “For every man manufactures his own private hell and peoples it with demons of his own creation, to torment him for his own secret sins, imagined or real. It’s my business to explore those personal hells and expose their demons for what they are. Usually they turn out to be much less terrifying than they seem.”
― Jack Williamson, Darker Than You Think

“We’re never quite so powerful as we feel, in this free state,” she whispered in the rushing wind. “Because our usual bodies are left behind, and our moving mind complexes can draw only upon the chance energies that they happen to grasp from the atoms of the air or other substances we possess, by the linkage of probability. All our power lies in that control of probability, and we must strike where it will serve.”
― Jack Williamson, Darker Than You Think

“Barbee had always wondered about mental institutions. He thought of taking notes for a feature story on this adventure at Glennhaven, as the evening wore on, began to seem remarkable for utter lack of anything noteworthy. It began to appear as a fragile never-never land, populated with timid souls in continual retreat from the real world outside and even from one another within.”
― Jack Williamson, Darker Than You Think

“Her long body stiffened against him. Her cool fingers tightened in his shaggy fur, and her bare, clinging heels dug deep into his heaving flanks. She was sweet against him, and the clear logic of this new life conquered the dreary conventions of that old, dim existence where he had walked in bitter death.”
― Jack Williamson, Darker Than You Think

“And there would come up from the sea its voice; and the sea has no voice, but mysteriously touches the strings within the soul of a man, so that the soul speaks in its own way, each soul lifting its peculiar message.”
― Jack Williamson, The Sea-Story Megapack: 30 Classic Nautical Works

“I fancy that the spirit of old Tom Hossie, wise with age and vastly weary of the labor and troublous delights of life, hungered and thirsted for death.”
― Jack Williamson, The Sea-Story Megapack: 30 Classic Nautical Works

“Your danger is something other than death, and uglier. Because she will try to change you—to arouse something in you that should never be awakened.”
― Jack Williamson, Darker Than You Think

“Perhaps that was just a hunch.”

Barbee shivered again. He knew that he himself possessed what he called the “nose for news” – an intuitive perception of human motivations and the impending events that would spring from them. It wasn’t a faculty he could analyze or account for, but he knew that it wasn’t unusual. Most successful reporters possessed it, he believed – even though, in an age of skepticism for everything except mechanistic materialism, they wisely denied it.

That dim sense had been useful to him – on those summer field trips, before Mendrick turned him out, it had led him to more than one promising prehistoric site, simply because he somehow knew where a band of wild hunters would prefer to camp, or to dig a comrade’s grave.

Commonly, however, that uncontrolled faculty had been more curse than blessing. It made him too keenly aware of all that people thought and did around him, kept him troubled with an uneasy alertness. Except when he was drunk. He drank too much, and knew that many other newsmen did. That vague sensitivity, he believed; was half the reason.”

― Jack Williamson, Darker Than You Think 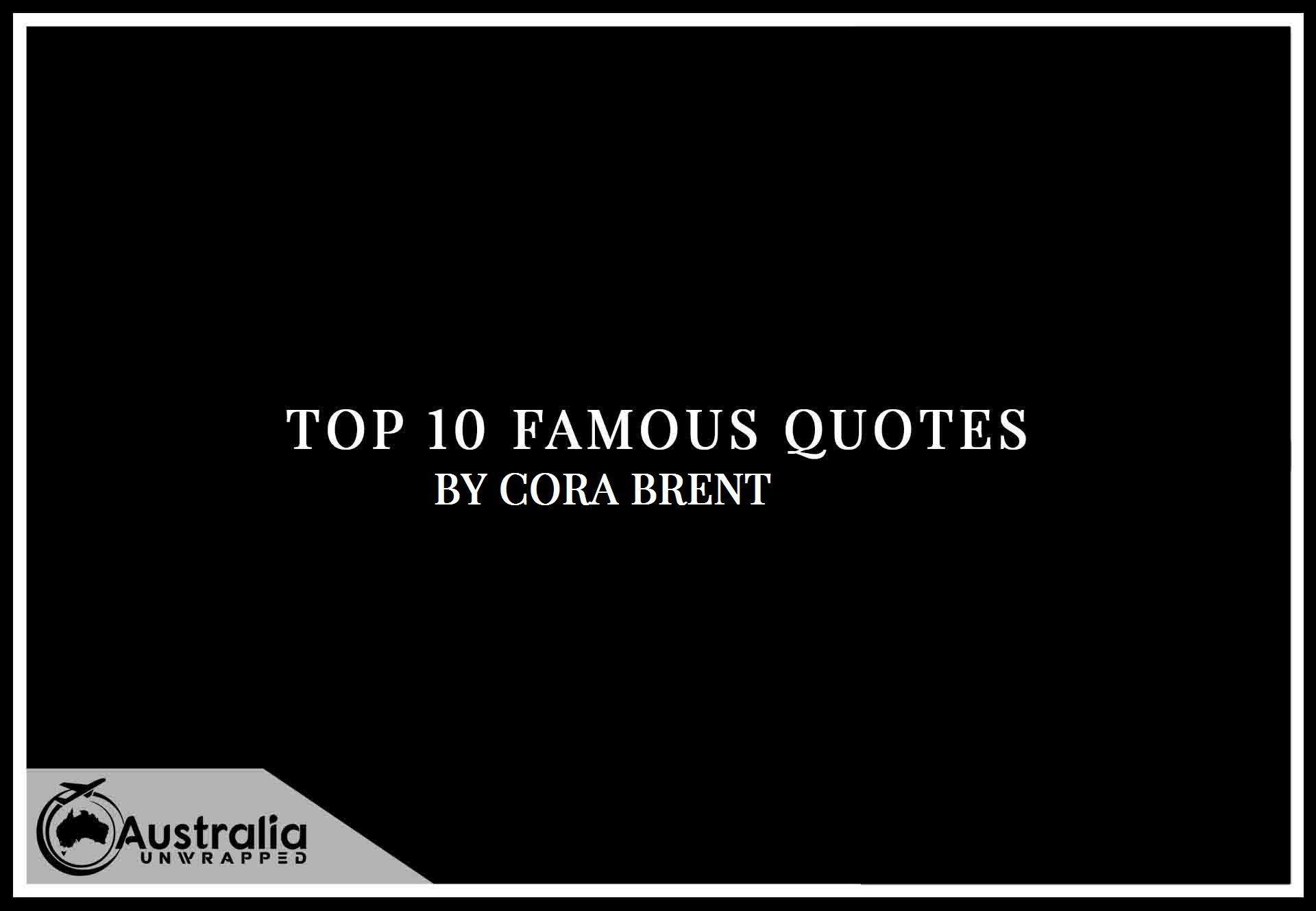 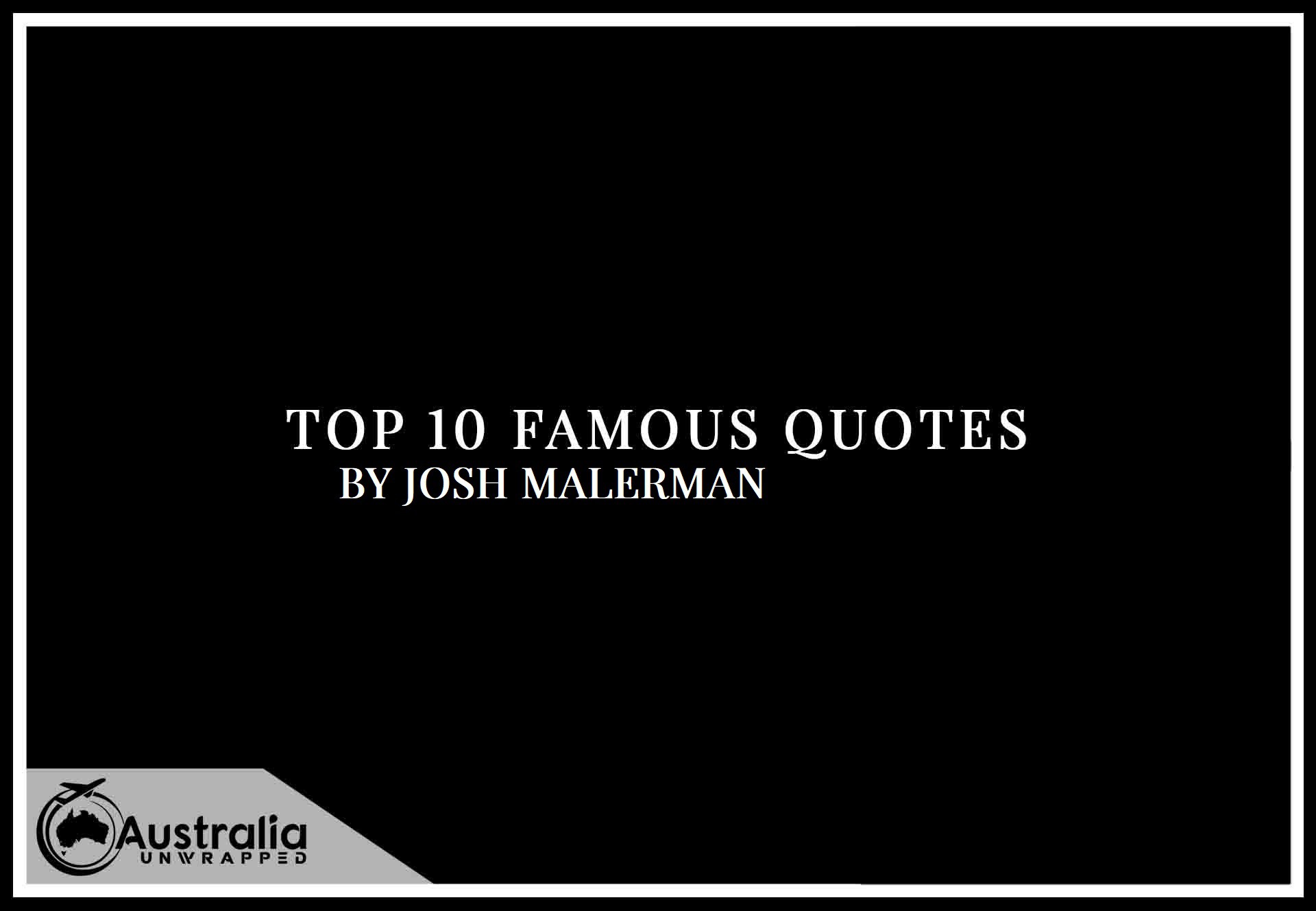