Is It Legal To Grow Medicinal Cannabis In Australia? 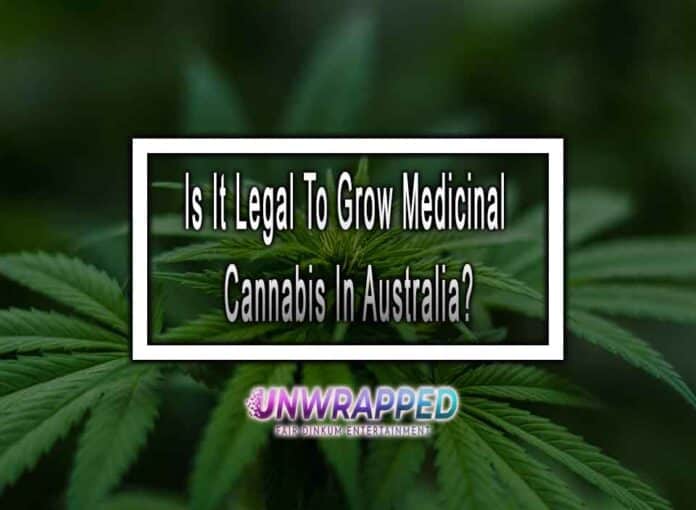 In Australia, Cannabis is widely known as a plant that is designed to serve medicinal, commercial, and relaxation purposes. Obtaining cannabis in Australia is very easy. This is because cannabis is the most used illicit drug in Australia.

For example, more than 30% of 14 years old and above had one time or the other used cannabis and around 11.6% of them had consumed cannabis in the last 1 year. After the planting of Cannabis became considered a serious offense, the law was reviewed and medicinal cannabis was accepted to be grown under the condition of obtaining a license. So, medicinal cannabis can be easily sourced from various e-seedbanks platforms like the Herbies Head Shop, which offers cannabis to a wide range of customers.

What is medicinal cannabis?

The two cannabinoids which are considered to be the most important for medicinal use are delta-9 tetrahydrocannabinol (THC) and cannabidiol (CBD). Though other cannabinoids are being researched.

The use of medicinal Cannabis has been found to be highly curative. Research has shown that it treats seizures and nausea, reduces muscle pain in people with lots of cases of sclerosis and it also serves as an appetite stimulant for patients with cancer or HIV infection.

It is important to note that medicinal cannabis should be used only under medical supervision as it has negative effects such as dizziness, fever, feeling high, delusion, hallucination, and so on.

Around the year 1960, the use of Cannabis, heroin, and LSD increased among those who were against the Vietnam war and this led most Australian states to consider prohibiting the use of the drugs. In 1967, the narcotic drug act was introduced. This act stated that cultivating and using narcotic drugs including cannabis was considered to be a serious offense.

In October 2015, it was announced by the Australian government that the commercialization of medicinal cannabis will be legalized. In February 2016, the narcotic drug act was amended, and the growing of Cannabis for medicinal reasons was accepted. That is patients whom the doctors prescribe cannabis can use legally produced cannabis. Although the amendment did not legalize the growing of Cannabis for various purposes other than medicinal reasons.

Conditions for Growing Cannabis in Australia

The amended narcotic drug act 1967 stated that to grow medicinal cannabis, the person or organization must, first of all, apply for a license. Once the license has been issued, such person or the organization will be granted permission to obtain medical cannabis seeds, cultivate them and produce cannabis plants. This growing of cannabis seed has to be done under strict supervision.

To carry out the planting, a good location and facilities must be obtained and finally, security arrangements must be made for the planting process. The license is not usually given to any Australian person or organization who requests it, it is usually issued to the person who is capable of growing weed seeds in Australia and who has not committed any serious crime in the last 10 years. Also, if the health department is satisfied with the planting of medicinal cannabis, the license will be issued.

Recent Laws Regarding The Personal Use of Cannabis

The attitude of Australians towards legalizing the personal use of cannabis has changed. According to the NDSHS, the rate of Australians that want cannabis to be legalized is greater than those who are against it. Around 41% of them now agree to legalize cannabis, 37% are against it while the remaining 22% are not sure. The public perceptions of policies related to cannabis have also changed. For instance, 74% of Australians aged 14 and above do not agree with cultivating cannabis as a criminal offense.

In the ACT (Australia Capital Territory), the use of personal cannabis Bill was passed in September 2019 but in January 2020, newer laws came into effect for those aged 18 and above which were:

They can use cannabis for personal use in the house. However, they were not allowed to:

Also, doctors can also look for a pharmacy to supply cannabis medicines to Australian patients. As a result of the current law, patients must by all means avoid driving or operating industrial machines if they use medicinal cannabis that contains tetrahydrocannabinol (THC).

The production of medicinal Cannabis and its supply within Australia are regulated by the TGA (Therapeutic Goods Administration) of Australia.

Consequences of Cultivating Personal Use of Cannabis

Stay Connected
41,936FansLike
5,684FollowersFollow
865FollowersFollow
Previous article
Best Time of the Day to Take CBD Gummies and Why
Next article
Why Do They Buy Delta 8 THC Products?

What You Should Know Before Taking Edibles for the 1st Time

How To Choose 510 Thread Battery For Weed Vaping