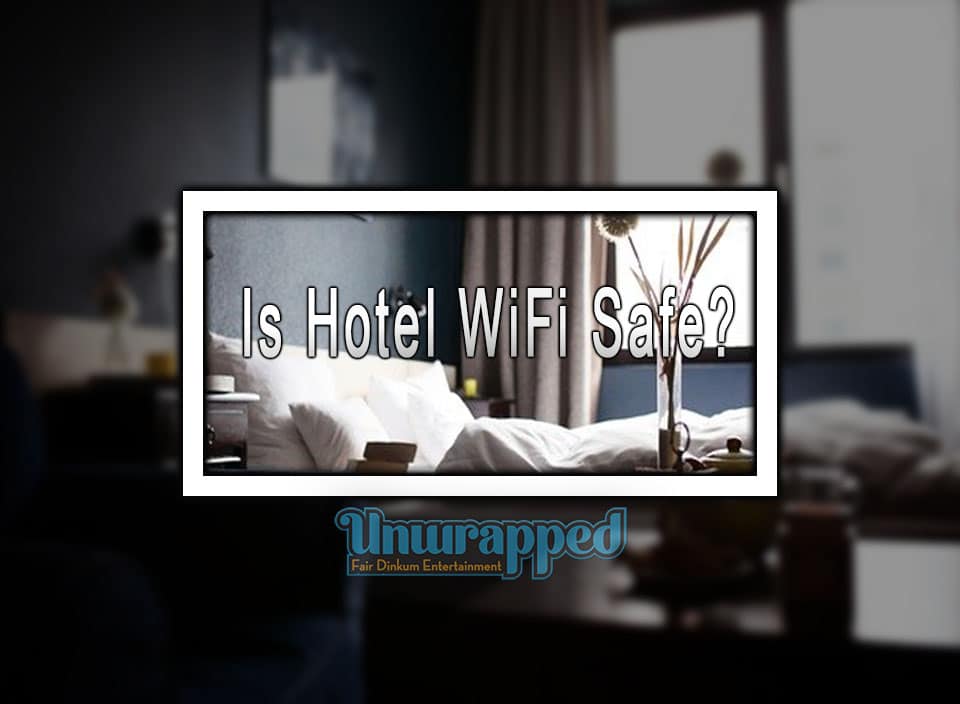 Everything You Need to Know About Hotel Wifi

When you plan a holiday and book a stay at a hotel, one of the first things you probably check is whether or not the hotel has free WiFi. Let’s be real – if a hotel doesn’t offer WiFi, it’s enough to make you look for a different accommodation.

And that’s completely understandable. When you travel abroad, you need to have 24/7 Internet access (most of the time at least). From your hotel room, you do lots of things – chat with friends, update your blog, buy day trips and plane tickets, watch Netflix, and more.

But here’s something not many people think about – is it enough for a hotel to offer free WiFi or does it also need to prove it’s secure? Is hotel WiFi even safe to use, actually?

We’ll discuss everything you need to know in this quick guide.

How Safe Is Hotel WiFi?

Hotel WiFi is convenient, but we can’t really say good things about its security, unfortunately. While most people who travel won’t experience any security threats while using hotel WiFi, that doesn’t mean they’re never at risk. Here’s why hotel WiFi isn’t always safe to use:

Many Networks Don’t Use Encryption

When a WiFi network uses encryption, you need to use a password to log in. Some hotels don’t bother setting it up because they think their guests will consider the sign-in process a hassle. We can understand that perspective since we know how annoying it is to enter a long, complicated password on your smartphone after a long day of traveling.

But if a WiFi network doesn’t use encryption, anyone can eavesdrop on all the traffic that goes through it. If an experienced hacker would use a network analysis tool like Wireshark, they’d be able to spy on your data packets and steal sensitive information (like your credit card numbers and email login credentials).

Even worse, a cybercriminal could learn what sites you’re connecting to. With that information, they can use MITM attacks to redirect your traffic to fake sites. For example, they could send you to a phishing site that imitates PayPal. If you type you login details on it, the hackers will steal them.

Well, not exactly. Here’s the problem with WiFi encryption – it has security vulnerabilities.

Many networks still use WPA2. And that security standard is vulnerable to a serious cyber attack. Unfortunately, not even the networks that use WPA3 are safe. The new encryption standard suffers security vulnerabilities too. For example, cybercriminals could force WPA3-compatible devices to use the downgraded WPA2 encryption.

The WiFi network you’re connecting to actually might not belong to your hotel. Instead, it might be owned by hackers! They can use cheap devices to set up a fake network that imitates the hotel’s WiFi.

If they trick your device into connecting to the fake network, they’ll be able to eavesdrop on all your traffic.

You probably already know what that means – they’ll steal tons of sensitive data from you in minutes. And you won’t even know it’s happening until you try to pay for your lunch or plane ticket and notice you don’t have any money left in your account!

What’s the Best Way to Stay Safe on Hotel WiFi?

The answer is pretty obvious – don’t use the hotel’s WiFi network. Use your mobile data instead. If you have unlimited data, you can even create a hotspot with your smartphone and connect your laptop to it.

But let’s face it – that solution isn’t very convenient. Plus, maybe you have slower speeds when you use mobile data (if the coverage isn’t too good where you’re going).

So then, what option do you have?

Well, we personally recommend VPNs. Using a VPN will keep you safe while traveling. It’s an online service that encrypts your Internet traffic and hides your IP address. Here’s a quick look at how VPNs can keep you safe on hotel WiFi:

How VPNs Make Hotel WiFi Safe to Use

Hackers can still try to spy on your connections, sure. But they won’t see anything valuable. For instance, if you visit “paypal.com,” they won’t see that address. Instead, they’ll just see some gibberish like “Ffr525FHYygrsroq3r.”

Not only does that protect your payment details and login credentials, but it also stops hackers from targeting you with MITM attacks. What’s more, most VPNs have ad blockers that can block connections to malicious sites. So cybercriminals won’t even manage to send your traffic to a phishing site.

Also See: 5 Books You Should Read To Understand Stoicism Fully

Will VPNs Keep You Safe on Fake WiFi?

Yes, a VPN can do that. It encrypts your traffic. So even though you’re using a fake WiFi network, the hackers who own it can’t spy on your data.

Always Use an Antivirus Together with the VPN

VPNs can secure your traffic and block malicious sites, but they can’t prevent malware infections. If you accidentally interact with a malicious file, the VPN can’t stop it from taking over your device.

Antivirus software can do that, however. It’s programmed to detect and quarantine any malware it spots. So always keep the antivirus on and connect to a VPN when using hotel WiFi.

Here’s Another Good Reason to Use a VPN

VPNs can help you unblock geo-restricted sites. That means you can watch your favorite shows and movies on sites like Netflix, Hulu, HBO Max, and BBC iPlayer no matter where you’re traveling.

Hotel WiFi isn’t very safe, so you should always use a VPN. It encrypts your traffic, so hackers can’t abuse weak network security to spy on your data. We also recommend using antivirus software to prevent malware infections.

If you know other ways to stay safe on hotel WiFi, please tell us about them in the comments.

Also See: Best Nightclubs in Canberra for Great Night Out