Skip to content
You are here:Home / Is Amazon Moving to Australia this Year?

Will Amazon move Australia this year?

Australia’s retail sector is about to witness a major shakeup as the giant online retailer Amazon plans to establish physical warehouses in the country for faster delivery of goods.

With such a move we will say goodbye to “product not available in your country” and shipping fees. The AFR reports that Amazon was to launch in the first quarter of 2017 but a six-month delay has been allowed for fresh produce.

By relocating to Australia, Amazon could generate as much as $4 billion in sales. The e-commerce’s focus will be on electricals, directly hitting JB Hi-FI and Gerry Harvey’s Harvey Norman business.

But this move may not be as easy as it seems. The Internet giant will have to bring home the correct model and battle for the market share with rival eBay.

Amazon Prime is a huge success in the United States. All that you are required to do is pay a fixed subscription amount per year and you will get free, fast shipping on anything with the Prime mark. In addition, subscribers get access to video streaming as well as new-release video games.

In an online conversation with one user by the name NegativeZero, he says that his current area of residence is Seattle and “Amazon Prime is basically amazing. Order stuff and get it within 48 hours without paying a cent extra for shipping.”

He explains that Amazon has regional distribution centers and most of their items are marked Prime. However, not everything is Prime – a saddening fact. The online company runs its own logistics and uses couriers.

Implementing the same idea in Australia may be to some extend challenging considering AusPost is slow and expensive while most courier companies are not that effective. But Amazon is well-suited to shake up logistics and make everything work properly.

Stock broking firm Citi conducted an analysis of the possible way the local retailers will be affected once the internet giant enters Australian market.

As explained by Craig Woolford, Citi’s retail analyst, “Australia is one of three lucrative markets where Amazon only has its digital offer.”

Late last year, Mr Woolford spoke at the CBRE Large Format Retail Association forum in Sydney and insisted that if the GST is changed, Amazon would be catalyzed to enter into our market.

The government has already confirmed that starting 1 May 2017, GST will be applicable to low value imports. The decision is targeted at improving the competitiveness of domestic suppliers.

As things stand now, goods worth less than $1000 are not subject to the GST. This is set to change from July.

“One catalyst we flagged is, as of July 2017, the GST free threshold is scheduled to disappear … so that the arbitrage of buying offshore online and not having to pay the 10 per cent GST is due to go,” said Mr Woolford.

He hoped that would motivate Amazon to come home as consumers would prefer shopping locally rather than international. 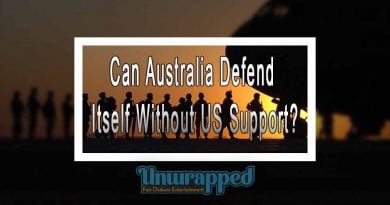 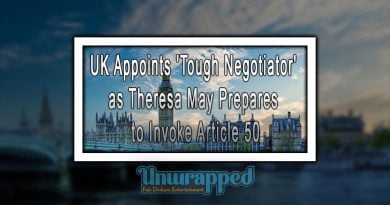