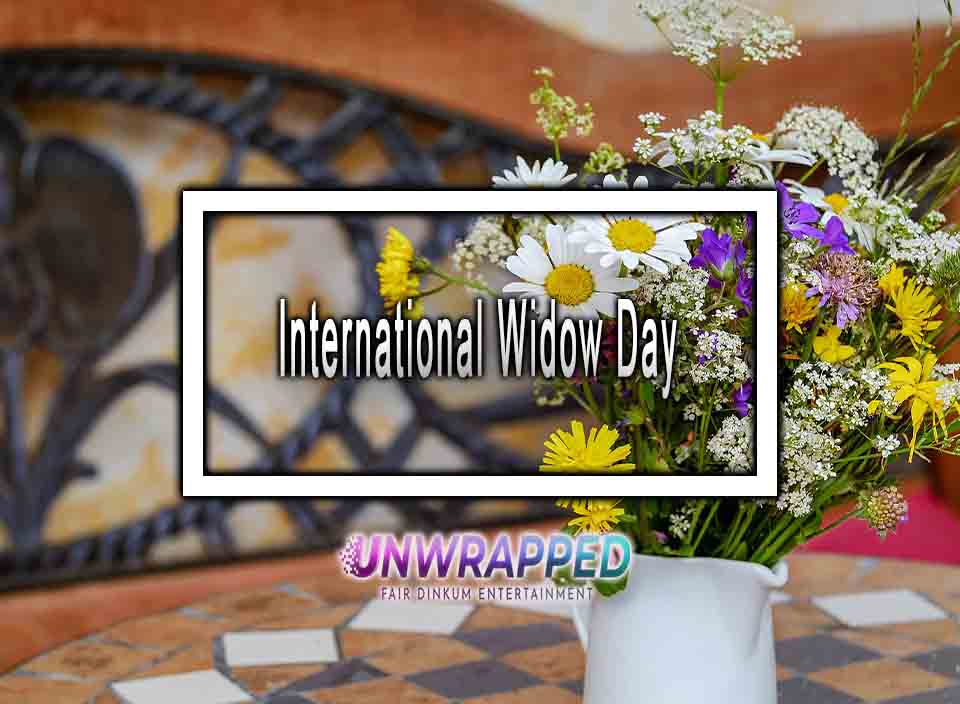 International Widow Day is celebrated every year on June 23rd. The United Nations established the day in 2010 to raise awareness of widows’ human rights violations in many nations when their spouses die. When a spouse dies in many nations with traditional traditions, wives are left in poverty. These women are denied inheritance and land rights in certain countries, ejected from their houses, ostracised, and assaulted. In addition, widows’ children are frequently impacted, withdrawn from school, and more prone to maltreatment, particularly in the case of girls.

International Widows Day promotes action toward full rights for widows by stressing the need for additional research and statistics into the violence, prejudice, and poverty experienced by widows and the development of legislation and programs to address the issue. The day’s ultimate purpose is to establish resources and policies that will empower widows and provide them access to education, job, healthcare, and a life free of violence and abuse. After their spouse died, they were able to start a new life for themselves and their children, breaking the potential cycle of poverty and abuse.

The United Nations has proclaimed International Widows Day as a day of action to address the “poor and injustice endured by millions of widows and their dependents in many nations.” The Loomba Foundation launched International Widows Day to increase awareness of widowhood. The significance of June 23rd stems from the fact that Shrimati Pushpa Wati Loomba, the foundation’s founder, Lord Loomba, became a widow on that date in 1954. One of the foundation’s missions is to bring attention to an “invisible disaster.”

According to a 2010 book, Invisible, Forgotten Sufferers: The Plight of Widows Around the World, 245 million widows worldwide. Do you know? 115 million Widows live in poverty and face social shame and economic hardship because their spouses have died. This report was presented to UN Secretary-General Ban Ki-moon on June 22nd, 2010, as part of the Loomba Foundation’s awareness campaign. As a result, Lord Loomba and the foundation’s president, Cherie Blair, inaugurated the first International Widows Day in 2005.

On December 21st, 2010, the United Nations General Assembly formally designated June 23rd as International Widows Day, approving a motion proposed by Gabon’s President Ali Bongo Ondimba. The concurrent resolution called on “The Member States, the United Nations system, and other international and regional organizations to provide special attention to the condition of widows and their children,” in addition to formally commemorating June 23rd as a day of remembrance.

In poorer nations, the situation for widows is particularly terrible. Poverty, violence, societal stigmatization, and health challenges are just a few of the widow’s issues in these nations. According to the latest estimates, the world’s widow population is over 258 million. Yet, nearly one out of every ten widows lives in abject poverty. In addition, many widows lack access to finance or other economic resources, such as labor.

Widows in impoverished nations are often subjected to a great deal of violence. This potential type of violence is widespread in Africa and Asia. Widows in these nations are frequently subjected to physical and emotional abuse. Widows are often compelled to participate in potentially life-threatening acts as part of their husband’s funeral rites. Widows, for example, maybe forced to drink the water in which they washed their husband’s body.

Widows frequently suffer health problems due to inadequate diet and a lack of sufficient housing. Many widows are unable to obtain health treatment. If a widow’s spouse dies of AIDS, the knowledge about his death may be kept hidden from her. As a result, some widows may be infected with AIDS or HIV and are unaware of it. Many women in underdeveloped nations lose their spouses due to the conflict. If a widow is forced to abandon her home, she must fend for herself and her children in a refugee camp.

How many widows are alive in the world?

There are over 258 Million widows alive in the world.

Solar Energy in Australia – What is Renewable Energy? – Solar...